A 12-year-old Texas rapper accused of shooting a one-year-old baby, cut off his ankle monitor and ran off to a friend’s funeral.

The boy, a suspected Crips gang member, sobbed as a judge ordered him to be held in detention, during a September Zoom hearing in Tarrant County, Texas.

The boy’s name is not being disclosed because of his young age. 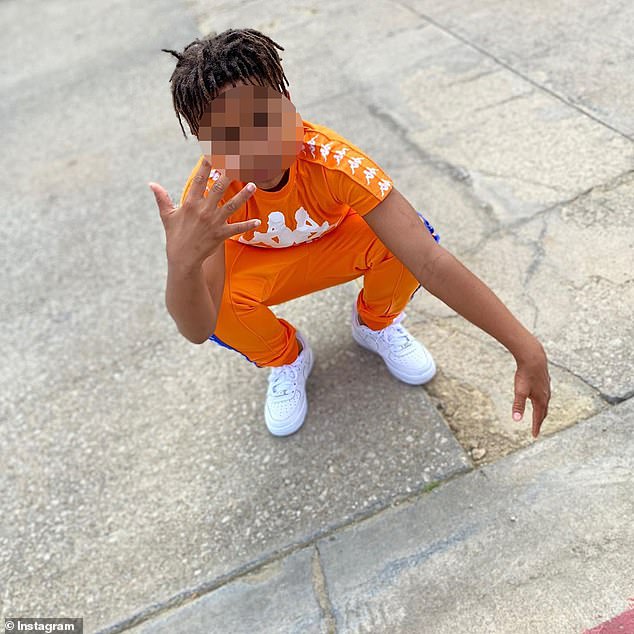 The Texas rapper is accused of shooting a 1-year-old baby in April, when he was 11, while on probation for a 2019 arson 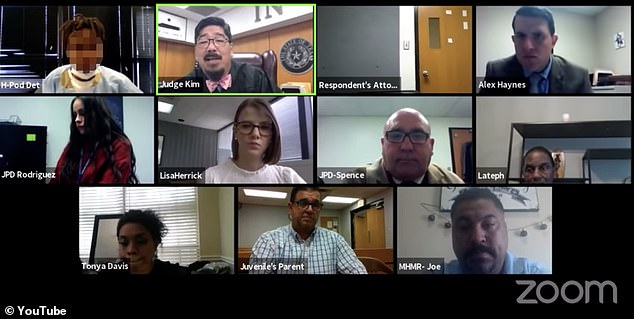 The boy, a suspected Crips gang member, sobbed as a judge ordered him to be held in detention, during a September Zoom hearing (pictured)  in Tarrant County, Texas

The boy is on probation for an arson incident from 2019, according to the judge, but has repeatedly breached its conditions. One of those breaches involved him allegedly shooting a one-year-old baby.

The young rapper cut off his monitor August 14, he said, when he was told he wasn’t allowed to attend his friend’s funeral because he didn’t know his last name.

When the judge asked the boy what he should do considering he cut the monitor after promising not to, the 12 year old pleaded for yet another chance at freedom.

‘Could you at least give me one more chance and then see if this time I mess up, you should like hold me for some months?’ he said.

‘You told me, hold you for a year last time, if you mess up,’ responded Kim. ‘Why should I believe you this time?’

The boy sobbed as he continued to beg for leniency.

The judge responded by holding up a photo he said the rapper had posted on the internet, of him seeming to hold a gun. 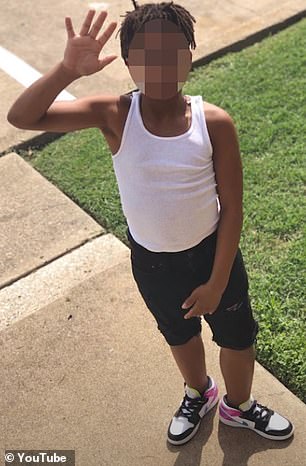 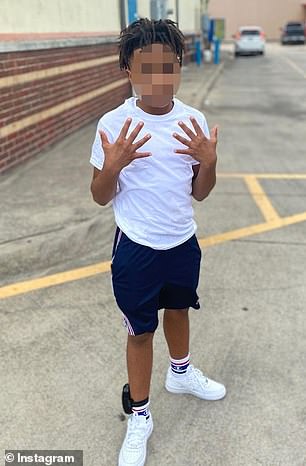 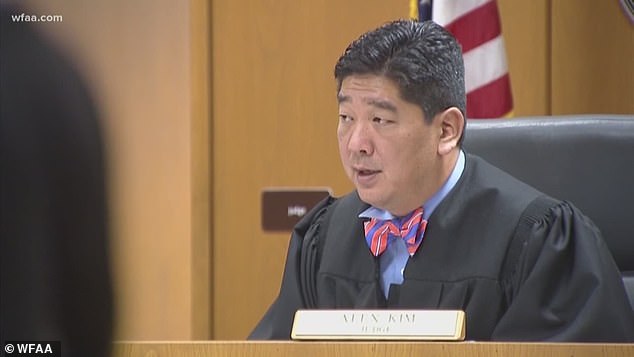 Judge Alex Kim of 323rd Family District Court told the boy, as he ordered his detention, ‘You may stay here until you’re 19 years old. I haven’t decided yet’

Earlier, Kim had held up a printout of another post he said the boy made, which was captioned ‘F*** Judge Kim.’

His patience seemingly at an end, Judge Kim then denied the boy’s teary appeal for freedom.

‘Every time you come in here you cry. You know that, right?’ Kim said.

‘I’m not gonna let you go. Because I know you’re gonna go out there, you’re gonna handle more guns. Maybe somebody else gets shot,’ said the judge.

The rapper is accused of shooting a one-year-old baby in April at age 11, according to the hearing – which happened the day after his 12th birthday.

The boy’s lawyer, Lisa Herrick, did not immediately return a call for comment.

Anxiety can cause someone suffering from cognitive decline to develop full blown Alzheimer's more quickly than someone not suffering with anxiety, study finds. Medical University...
Read more
U.S

Alligators can REGROW their tails by up to 9 inches after...
Read more

DEMENTIA symptoms start off mild and then disrupt daily life as the condition takes hold. The nature of symptoms depends on the subset...
Read more
Load more

Regeneration: Alligators can REGROW their tails by up to 9 inches...

US diplomat’s wife Anne Sacoolas had immunity when fleeing UK after...