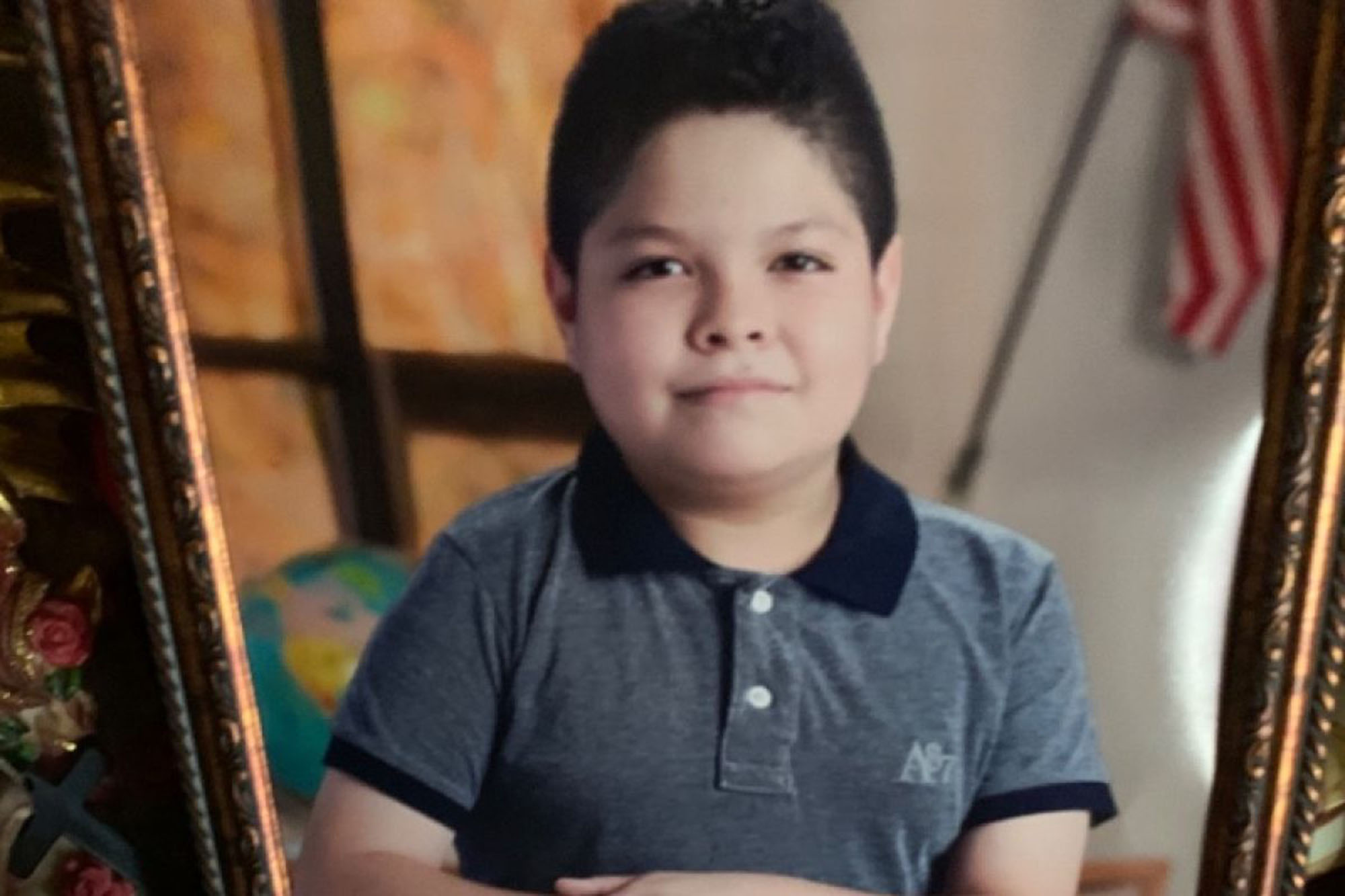 A 13-year-old Georgia boy was gunned down in his front yard by a masked gunman who said nothing in the apparently random and “senseless” shooting, relatives and police said.

Brayan Zavala, of Riverdale in Clayton County, was working on a lawn mower with his 16-year-old brother, Jesus, outside their home late Thursday when a suspect in a ski mask, sweater and black pants approached and shot him, the teen’s sibling told the Atlanta Journal-Constitution.

“The shooter didn’t even say I want your money, or this is a robbery or I’m assaulting you,” Jesus recalled. “He just came, stood there [in] silence and shot my brother.”

Brayan, who was set to turn 14 next week, died before police responded at about 9:15 p.m. Thursday, his brother said.

“The bullets passed through him and blood just squirted out of him,” Jesus continued. “We tried to stop all the blood but by the time the police got here, it didn’t seem like he had life or a chance to live.”

The gunman drove by the family’s home and then turned around before getting out and walking up to Brayan with a shotgun, Jesus told WSB-TV. The suspect then took off in a Chevy HHR SUV with no plates, the grieving teen said.

“What did .. what did he do?” Jesus asked. “We were working on a lawnmower, and all of a sudden, my brother is dead … It’s not fair. What’s the reason? Why? I don’t get it. I don’t get why this happened.”

Two other men were also in the car, a neighbor told WSB-TV.

Investigators have yet to determine any link between Brayan and the gunman, the Atlanta Journal-Constitution reported Friday.

“As a Clayton County police officer for over 38 years, very little shocks me,” Doug Jewett wrote the newspaper. “But, this brutal, senseless murder has overwhelmed me. I send my prayers to the family.”

A message seeking comment from a police spokesperson was not immediately returned early Monday.

Police in Clayton County are asking anyone with information about the shooting to contact investigators at (770) 477-4479.

An online fundraiser set up to help offset funeral costs for Brayan has exceeded $22,000.

“He has been taken from us for no reason,” the campaign reads. “At this time, Clayton County police are working to help my family track down the shooter. We have no answers.”

The rush to the cities has left rural communities with shrinking populations and fewer job opportunities. In the face of this decline, Xi's...
Read more
Load more