Serie A leaders AC Milan confirm five members of their team have tested positive for coronavirus, including No 1 Gianluigi Donnarumma and winger Jens Petter Hauge, with pair set to miss Roma clash on Monday night

AC Milan have announced stars Gianluigi Donnarumma and Jens Petter Hauge are among five members at the club to have tested positive for coronavirus.

Both players are now set to miss out on the team’s clash against Roma on Monday evening and will undertake a mandatory period of self-isolation.

Three other unidentified individuals will also be kept away from the club and the local health authorities have been informed. 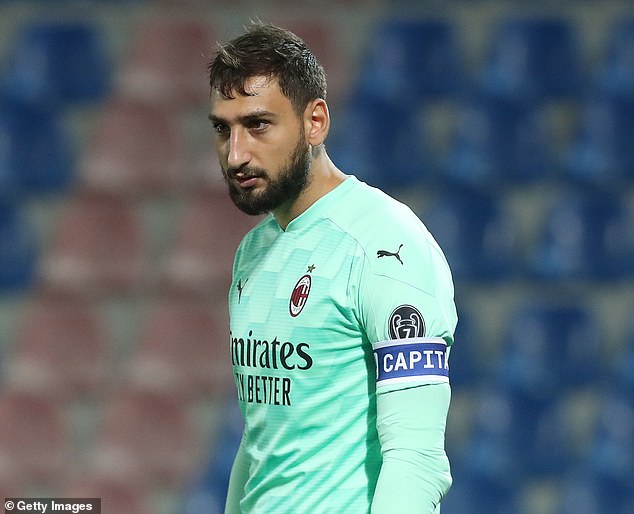 Milan, who currently top Serie A, received the results from the latest round of testing on Sunday evening.

As a precaution, the whole group were tested again, as outlined in the guidelines, and no new positive results surfaced.

A statement from the club said: ‘AC Milan announces that the results received from the laboratory yesterday evening found a positive swab by Gianluigi Donnarumma, Jens Petter Hauge and three other members of the team group. 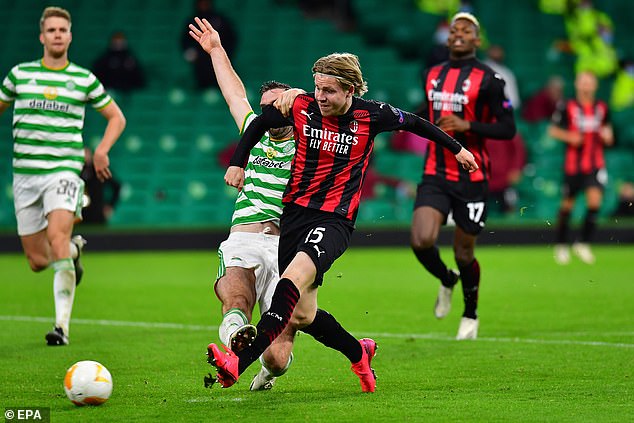 ‘All are asymptomatic, were immediately subjected to home isolation and the local health authorities were informed.

‘Today the whole team group was tested again, as per protocol, and no new positivity was found.’

Sky Sports Italia claim that boss Stefano Pioli gave his squad the choice between quarantining at the club’s training centre or returning home. 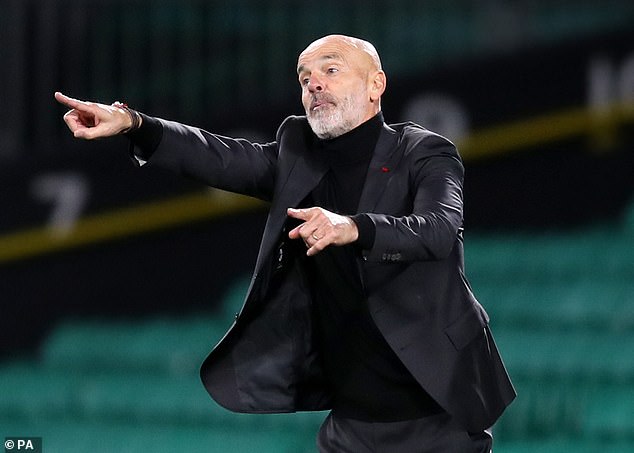 Every player, with the exception of goalkeeper Donnarumma and winger Hauge, went into isolation on Monday morning and entered a ‘bubble’ to limit contact.

The Italian top flight has been rocked by coronavirus cases at the start of the new season with Milan alone having seven players with positive results.

Shared ownership schemes are a cross between renting and buying. These types of schemes are aimed at first-time buyers to help these buyers...
Read more
Load more