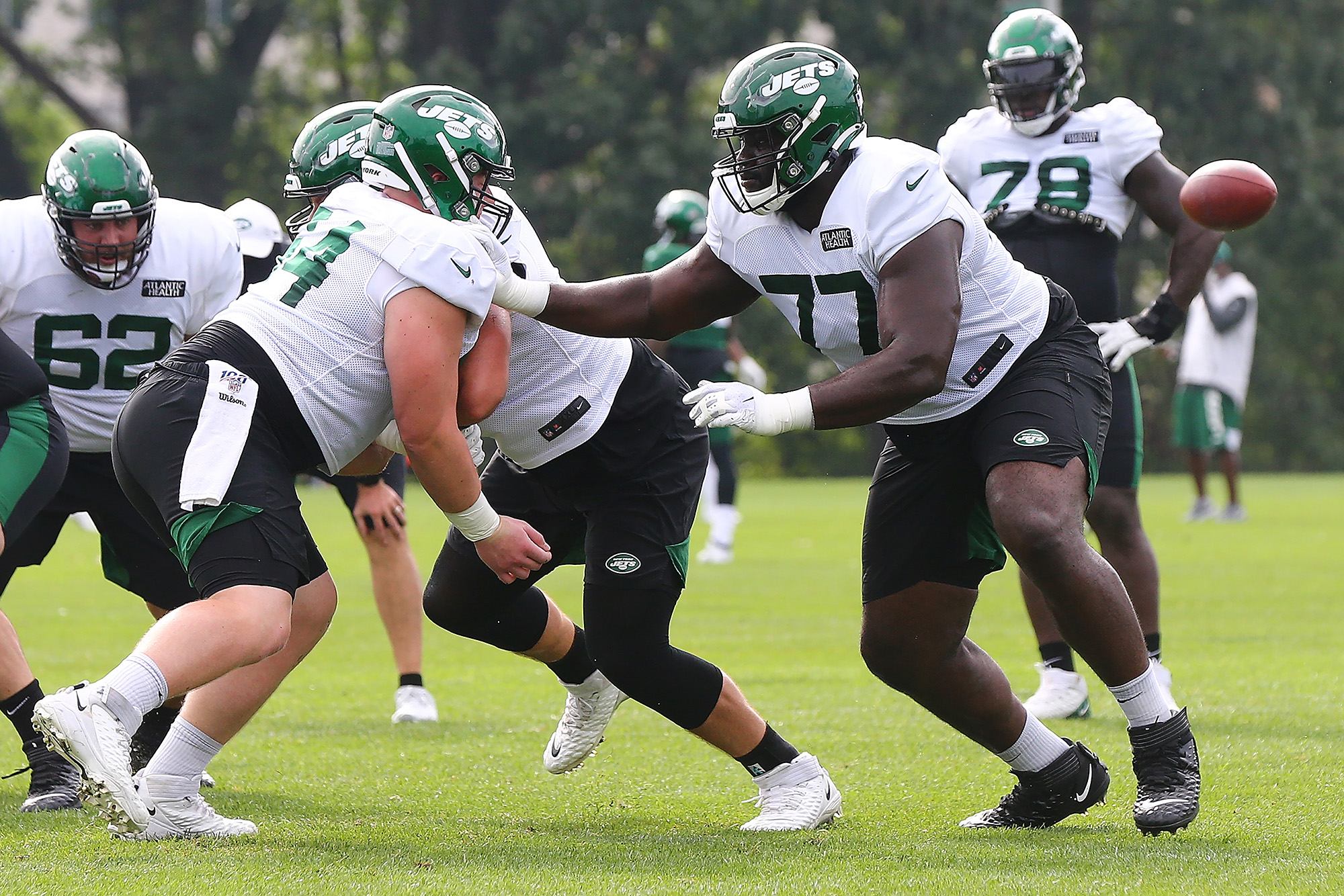 The Jets’ offensive line has had three weeks to come together, get to know each other and get ready for the season.

We won’t know how this chemistry experiment has worked out until it takes the field on Sept. 13 in Buffalo, but coach Adam Gase said he has liked what he’s seen from the group.

The Jets have four new starters on the line — with first-round pick Mekhi Becton at left tackle and free-agent signees Connor McGovern at center, Greg Van Roten at right guard and George Fant at right tackle. Left guard Alex Lewis is the only holdover.

“We struggled last year overall as an offense, it all starts up front,” Gase said. “I think it makes a big difference when your GM [Joe Douglas] is a former lineman. That’s going to be one position that he is not going to want to be lacking in, he knows how important it is. And I thought our front office did a great job of going out there and putting together the right group of guys, drafting the right guys, and I feel like the chemistry is coming together.”

Though the unit has not had preseason games to work out the kinks, its members have largely practiced together every day. Van Roten missed a few practices recently with an oblique issue and Lewis sat out Wednesday with a shoulder injury, but the starting unit has gotten many reps together. Last year’s line had injuries that started in camp and continued all year, creating chemistry problems.

“I think this year we’ve at least had the whole training camp where we were kind of playing as a group,” Gase said. “So, I think, we just didn’t have the chemistry that we needed. I feel like right now, it’s such a different feel because of the group we have. That room is really tight, which is really cool to see. I just think this is a different group of guys.”

WR Breshad Perriman remains sidelined with a knee injury. He did some running on a side field on Wednesday, but he has been out longer than expected. Gase said last week he thought it would only be a few days. It is now getting close to two weeks. Perriman’s knee has been swelling.

“I was way off on that, I really thought he was going to be back,” Gase said. “We’re just trying to make sure that he feels good, I mean, every time he goes out and runs, it’s certain things he feels good with and then we’ll have just one cut or something where he’s like, ‘Ahh.’ We just got to keep the swelling down and we just got to get him feeling right. And we’re probably being a little precautious anyways.”

Brexiteer reveals why UK will thrive from 'increased prosperity' outside EU

Brexiteer reveals why UK will thrive from 'increased prosperity' outside EU