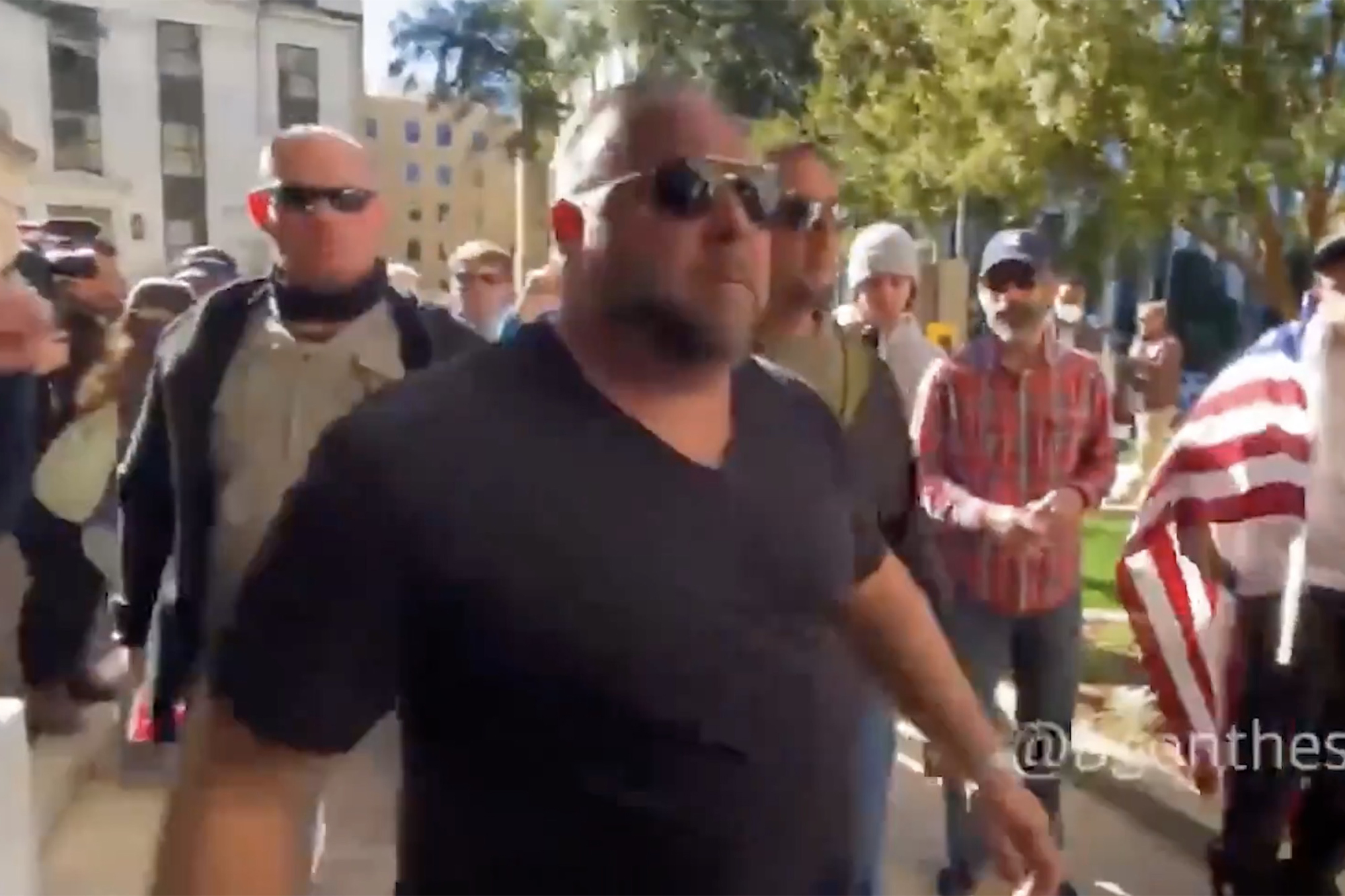 Scores of President Trump’s supporters rallied outside the Georgia Capitol building on Wednesday ahead of a late-night deadline to recount ballots that are projected to show him losing the state to Joe Biden.

The protesters waved American and Trump campaign flags and signs with messages that included “STOP THE STEAL,” according to video clips posted by local TV stations on Twitter.

Many of the people visible in the crowd gathered on the sidewalk weren’t wearing face masks to prevent the spread of the deadly coronavirus, and it was unclear if any were.

On Monday, Jones urged his fans to “go to the capital of Georgia now and you must surround the governor’s mansion now,” according to the liberal Media Matters website.

Biden holds an unofficial lead of about 14,000 votes in the Peach State, where The Associated Press said the recount effort, which began Friday morning, led to the discovery of more than 500 uncounted ballots in two counties.

The deadline for completing the recount is 11:59 p.m. Wednesday.

Raffensperger also told the Washington Post on Monday that he’s been pressured by fellow Republicans — including Sen. Lindsey Graham (R-S.C.) — to try to tip the election in Trump’s favor by disqualifying mail-in ballots.

Graham called that allegation “ridiculous” and said he was merely asking, “How do you protect the integrity of mail-in voting, and how does signature verification work?”

A beloved Texas nurse was fatally shot by her boyfriend, who then turned the gun on himself, authorities said. McKinney police found Marjorie...
Read more

A Jewish doctor in California has revealed how his commitment to saving lives was tested when he was confronted with a COVID-19 patient...
Read more

What can the public learn about parenting from one of the most famous mothers in the UK? Kate spoke about the great many...
Read more
Load more