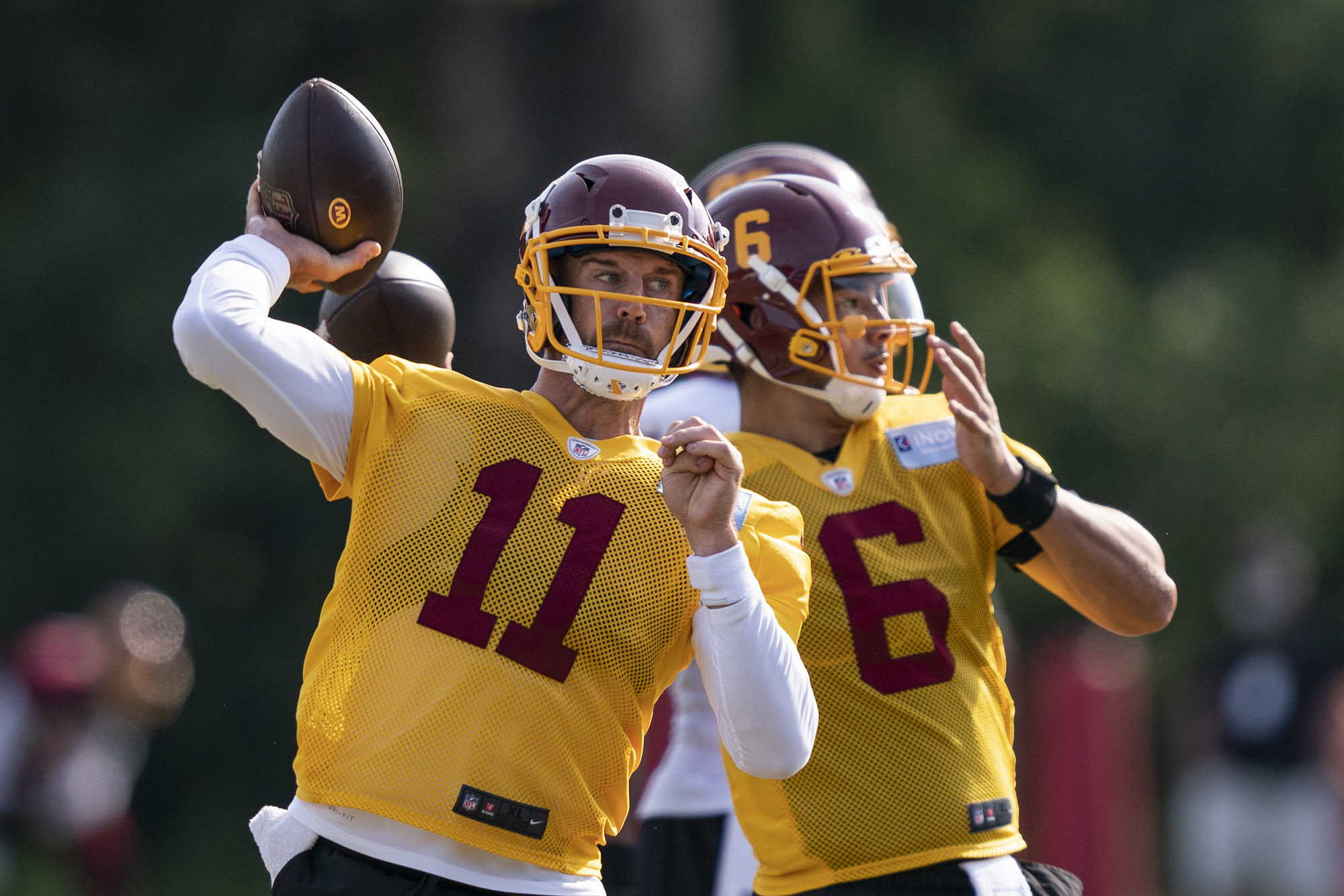 The veteran quarterback, less than two years removed from a horrific leg injury and 17 surgeries, has made the Washington Football Team’s 53-man roster, the Washington Post reported Saturday.

Smith is expected to stay on the roster and not be placed on injured reserve, according to the report, likely serving as the team’s No. 3 quarterback behind starter Dwayne Haskins and backup Kyle Allen.

The 36-year-old Smith last played in a game on Nov. 18, 2018, when he was sacked and broke the tibia and fibula in his right leg. He had three metal plates put in his leg and later developed a bacterial infection, with the complications leading to more surgeries and talk of a potential amputation.

But Smith keeps clearing hurdles in his comeback, getting activated off the physically unable to perform list in August and now making the roster three weeks later. Smith has yet to participate in 11-on-11 full-padded work, according to ESPN, though coaches were reportedly happy with how he looked in other drills.

“You naturally build up a ton of walls, wondering what you’ll ever be capable of again, wondering what life will be like,” Smith said during training camp. “I’ve spent a long time thinking about those things, that inner voice in your head. So for me, ever since I’ve kind of been on the road to recovery, to see what I can do and to knock down those walls. Obviously started with my first step as I kind of re-learned to walk, and progressed from there. I think there’s been a list to that and certainly priorities, and I’ve achieved so many of those.

“I think, for me though and to a lot of people it may seem kind of counterintuitive, I think as it keeps going, certainly here I’ve played quarterback a long time, this is one of those ones where you wonder if I’ll be able to do again and it’s still sitting out there. When you get closer and closer to it, I think it just fuels it even more. I think it’d be like running a marathon and getting close to the end of the race. I think even more that competitiveness kicks in, and I want to see if I can do it.”

Washington coach Ron Rivera named Haskins the starter on Wednesday, after starting seven games as a rookie out of Ohio State last season.