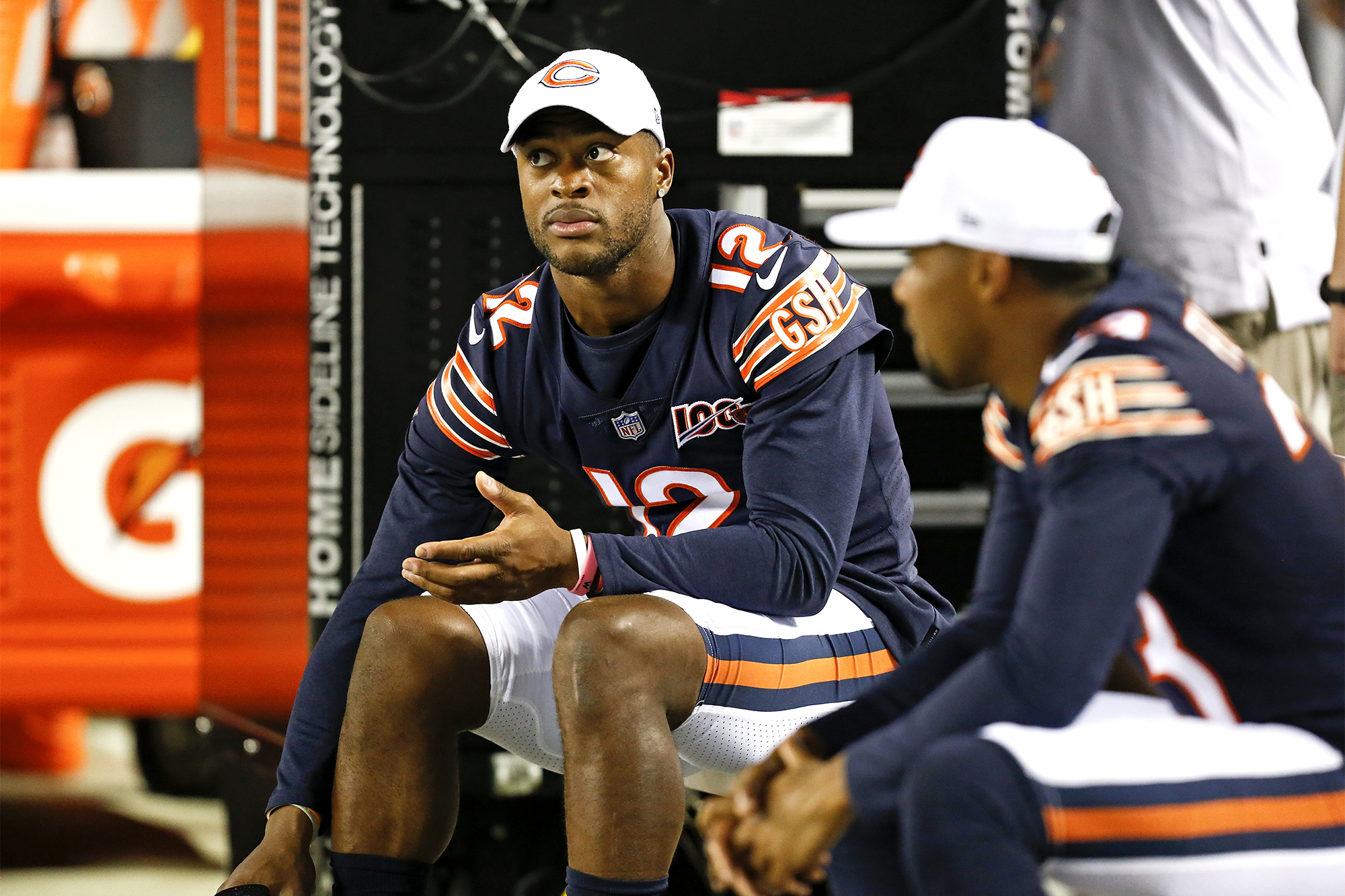 The star wide receiver removed any mention of the Bears on his Twitter and Instagram accounts and has asked the team about a potential trade, according to The Chicago Tribune, as he continues to wait on a new contract.

The 6-foot-2 Robinson is in the final season of a three-year, $42 million deal.

While general manager Ryan Pace recently said he wasn’t opposed to hammering out a deal, it doesn’t appear any progress has been made.

Robinson’s teammates appear on his side. Running back Tarik Cohen tweeted “#ExtendAR” on Tuesday and rookie wideout Darnell Mooney retweeted that message.

“We know how important A-Rob is to us not just as a player but as a teammate,” Pace said on Sept. 7. “But those things are going to remain behind the scenes as we work through the process.” According to NFL Network’s Tom Pelissero, a formal trade request has not yet been made.

Robinson, 27, caught five passes for 74 yards in Sunday’s win over the Lions and registered 98 catches for 1,147 yards and seven touchdowns a year ago.

As it stands, he is grossly underpaid. Similar receivers such as Keenan Allen of the Chargers and Amari Cooper of the Cowboys recently received contracts paying them $20 million a season. DeAndre Hopkins just received a two-year extension from the Cardinals that pays him $27.75 million per year.