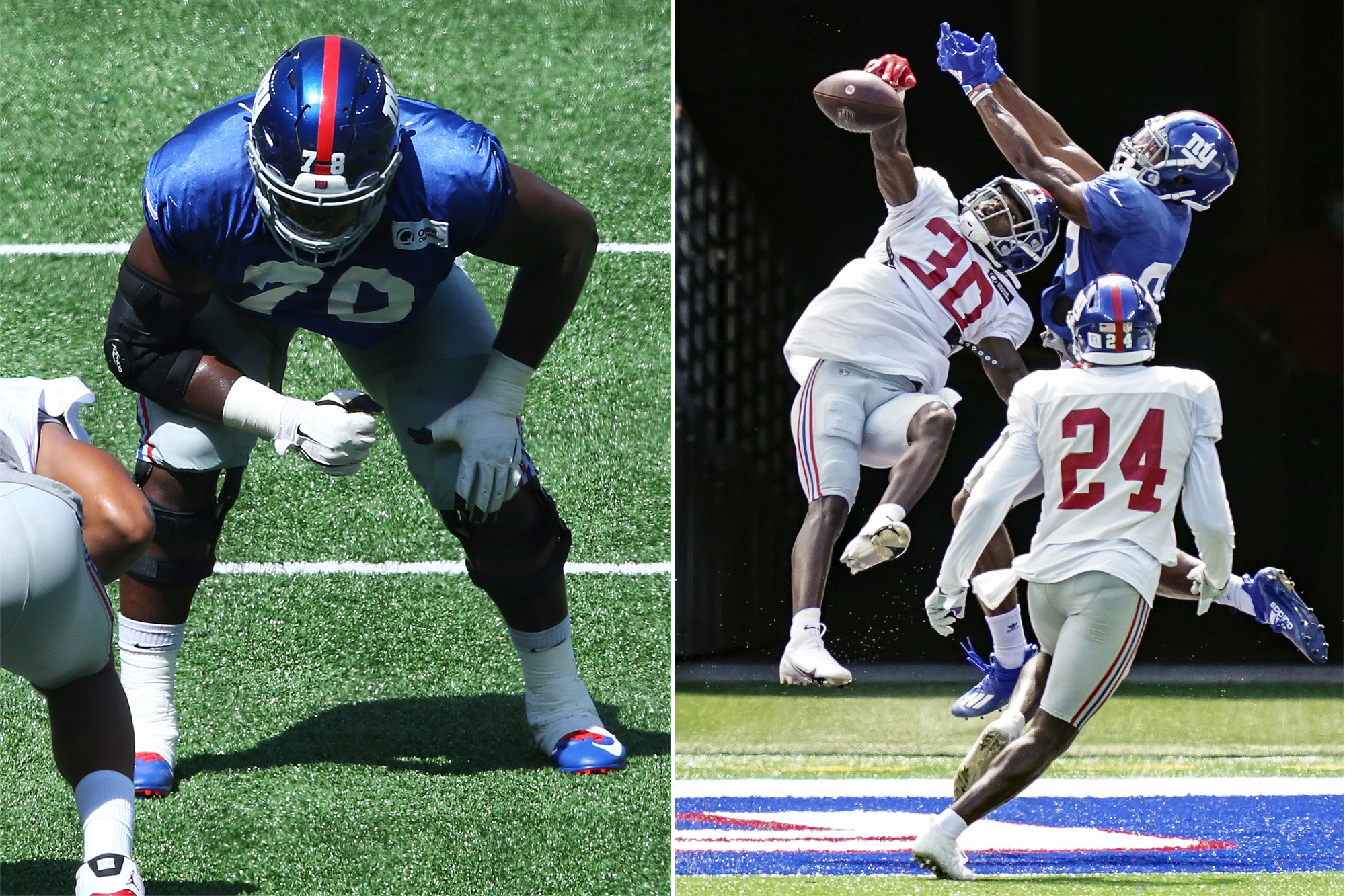 It is not only Andrew Thomas.

There is youth up and down the Giants’ roster and this is more than the NFL debut for Thomas, the No. 4-overall pick in the 2020 draft, as the starting left tackle. The Giants have eight rookie draft picks on their team who will be play roles of varying degrees Monday night against the Steelers.

If the Giants call up any of their players from the practice squad, be forewarned: 10 of them are first-year players with no NFL experience.

“I’ll tell you what, I think they’ve all made significant gains,’’ coach Joe Judge said of the NFL newbies. “That being said, the rookies still don’t know what to fully expect. They’ve been taught, they’ve been told, they’ve seen examples, they’ve felt the speed of practice. But the reality is, you can’t truly simulate the full speed of a game until you play in a game. Because they haven’t tasted that yet, they don’t know yet. Now, it’s our job to get them mentally, physically and emotionally ready for that game. But until they get out there and get hit in the mouth for the first time, they really don’t know.’’

Normally, there is some getting-hit-in-the-mouth in the four preseason games, a time for rookies to get a feel for the power and speed of the NFL. There was none of that this summer. The three scrimmages the Giants engaged in were better than nothing, but certainly not close to the real thing.

Cornerback Darnay Holmes is expected to have the largest rookie role on defense. The fourth-round pick from UCLA will be on the field working out of the slot. There could be special teams roles for linebackers Carter Coughlin, Cam Brown, T.J. Brunson or Tae Crowder, who is listed as questionable with a hamstring injury.

“Until they get out there and get that first taste of game action, they’re not truly going to know what it is to play in the NFL,’’ Judge said.

Could there be a more difficult matchup for Judge in his head coaching debut? Steelers coach Mike Tomlin is 15-2 in “Monday Night Football” games in his career and is 41-22 in prime-time games. Judge has nothing to do with the Giants’ poor history on Monday night. They are 25-40-2 all-time, 9-11 at home and have lost eight of their last 11 games on Monday night.

Giants defensive coordinator Patrick Graham on facing Ben Roethlisberger: “I tried to shave so you guys wouldn’t see all the gray hair this week is causing. For a young team that we have, we try to explain to them, listen, no play is over. He can get the ball anywhere.’’ … An empty MetLife Stadium poses an unprecedented backdrop to this Monday night opener, a fact Tomlin said he has no time to ruminate about a few days before the game. “I’m not at that point in the week when I can ponder kinda the frivolous, to be honest with you,’’ Tomlin said.