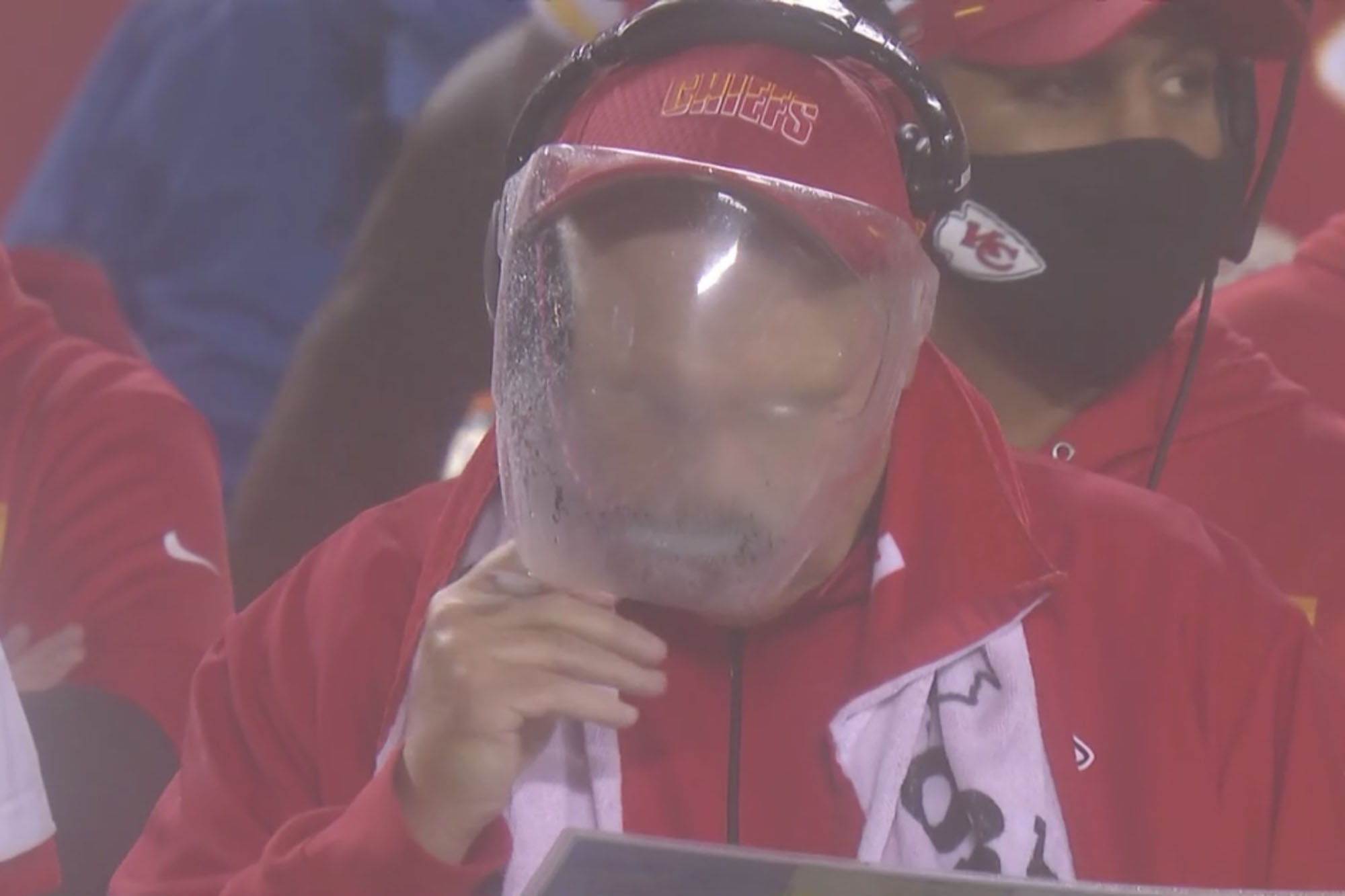 We knew that the NFL season was going to be full of odd quirks as they league attempts to play through a pandemic. The first one reared its foggy head on Thursday night.

Chiefs head coach Andy Reid put on a face shield at the beginning of the game, which looked hilarious to begin with. But almost immediately, the shield fogged up – and remained that way for the rest of the game.

“That was brutal,” Reid said afterward. “I didn’t do very good with that thing. It’ll be better next time … it was a bit of a mess.”

The broadcast cut back to Reid on several occasions, and his face was barely visible. Not surprisingly, social media had jokes.

Despite apparently not being able to fully see the field, the Chiefs still steamrolled the Texans, jumping out to a 31-7 lead and winning the game 34-20.