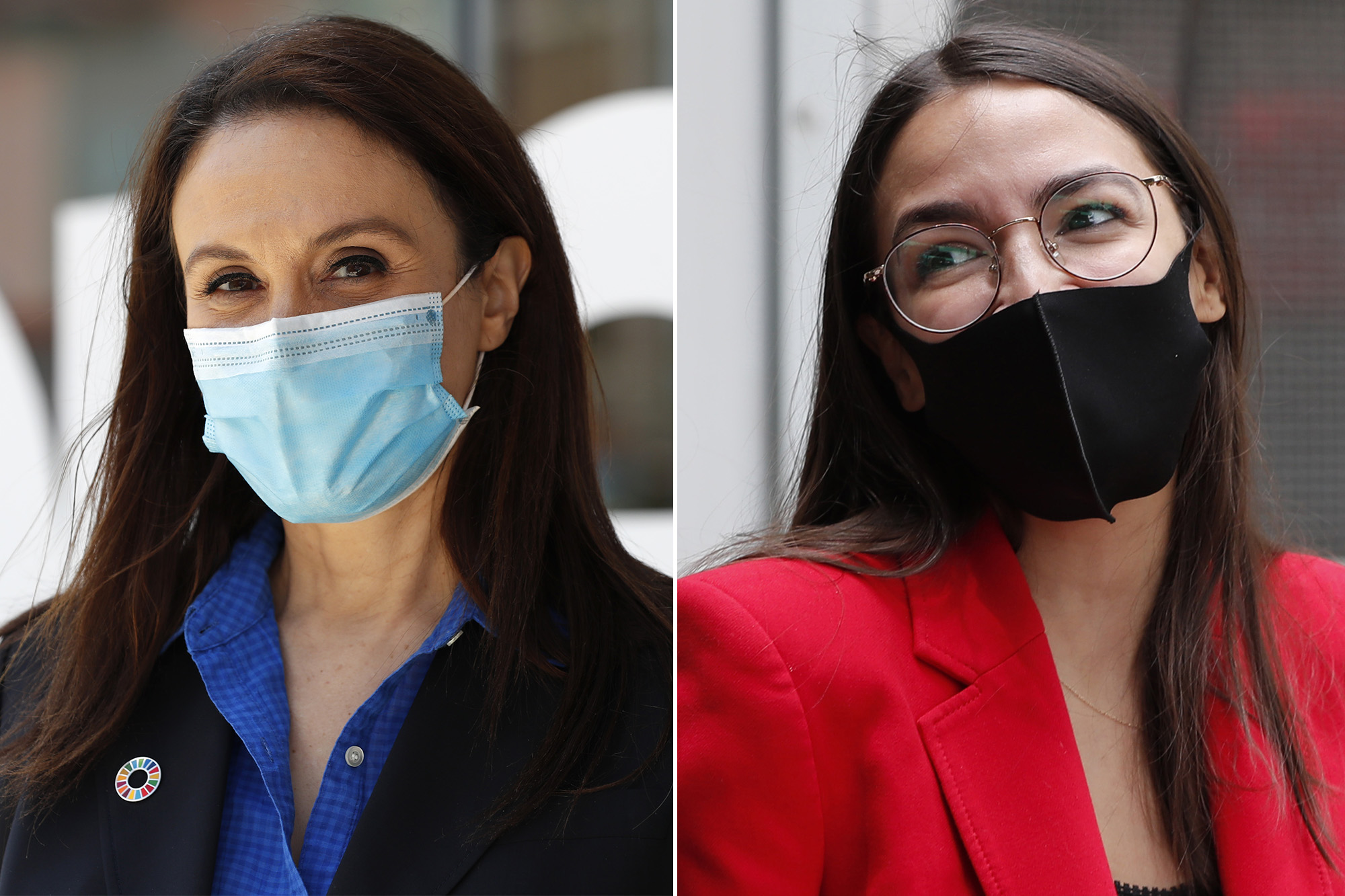 Among Caruso-Cabrera’s donors include Blackstone CEO Steve Schwarzman and Goldman Sach’s CEO David Solomon. Both gave the maximum $2,800 for the Democratic primary against the far-left freshman AOC.

Five other Blackstone employees and three other Goldman Sachs executive also donated to Caruso-Cabrera, according to the Financial Times.

Home Depot co-founder Ken Langone and his wife, Elaine, kicked in a combined $11,200 to Caruso-Cabrera. They gave maximum each for primary ($2,800) and general election ($2,800) –Caruso-Cabrera can only spend half of that for the primary.

The Post previously reported that pro-Trump Republicans and corporate-types contributed to Caruso-Cabrera’s campaign as well as an anti-AOC Super PAC partly financed by her husband, investment banker and GOP donor Stephen Dizard.

Caruso-Cabrera, a former business journalist and CNBC host, is challenging Ocasio-Cortez in next Tuesday’s June 23 primary in the 14th congressional that takes in neighborhoods in parts of The Bronx and Queens.

AOC shocked the political world two years ago when she toppled ex-congressman and Queens Democratic Party chairman Joe Crowley in the Democratic primary. She has become a leading voice on the political far left.

Ocasio-Cortez has raised $10.5 million in campaign contributions to Caruso-Cabrera’s $2 million.

The first-time incumbent had $4.6 million in cash on hand to Caruso-Cabrera’s $1 million, according to reports filed with the Federal Elections Commission.

“It’s not surprising that Republicans would finance the campaign of a lifelong Republican in a Democratic primary,” said Ocasio-Cortez’s spokeswoman, Lauren Hitt.

“While we have pushed against corporate power with policies that favor everyday working Americans, those donors prefer to bankroll a candidate who answers to Wall Street over the needs of our constituents.”

Caruso-Cabrera’s camp defended the Wall Street donations, saying that the finance money is coming because she’s the pro-jobs candidate while Ocasio-Cortez opposed the aborted Amazon plan to open a headquarters along the Queens waterfront that the company said would have created 25,000 jobs.

“New York businesses are supporting a Caruso-Cabrera because she want to create jobs for people. What’s bad about that? Compare that with AOC, who chased 25,000 jobs out of New York,” said Caruso-Cabrera spokesman Hank Sheinkopf.