After a public dispute with a developer and backlash from app programmers, Apple will attempt to democratize its App Store guidelines.

According to the tech giant, it will now let developers appeal alleged violations of its App Store policy and set up a system for review.

It also pledged to end its practice of withholding app updates as a means of punishing developers who may be stepping outside its policies. 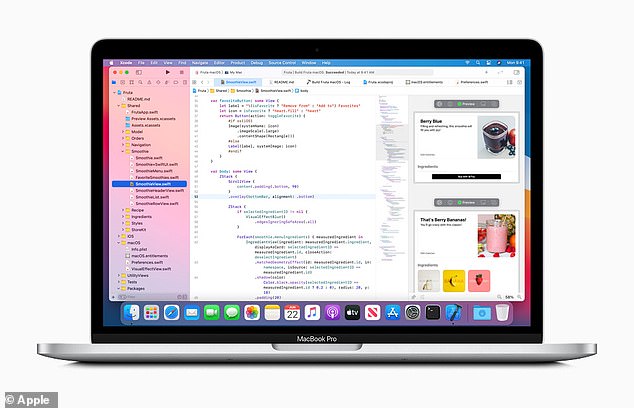 Apple will attempt to democratize its App Store policies after a public dispute with the developers of an email app called Hey.

‘… Two changes are coming to the app review process and will be implemented this summer. First, developers will not only be able to appeal decisions about whether an app violates a given guideline of the App Store Review Guidelines, but will also have a mechanism to challenge the guideline itself,’ Apple said in a statement.

‘Second, for apps that are already on the App Store, bug fixes will no longer be delayed over guideline violations except for those related to legal issues. Developers will instead be able to address the issue in their next submission.’

The latter changed by Apple is in direct response to a public dispute between the company and email app, Hey.

Apple accused the app of violating its App Store guidelines by not offering users an option to sign up via mobile.

Instead, users were instructed to pay for the service via its own website to avoid Apple taking a 30 percent cut of its commission – the standard fee for purchases made through Apple’s App Store.

That dispute has been augmented by two anti-trust probes from the European Union over Apple’s App Store policies and comes amid Apple’s WWDC conference meant to showcase new software and work by its community of developers.

Hey, whose founders have taken to Twitter to criticize Apple over the last week, has since been reinstated on the App Store, and the debate has sparked similar reaction from other Apple developers who view the company’s App Store guidelines as draconian.

Apple did not offer any timeline on when or exactly how its appeals process will be introduced or operate.

Twitter hackers who targeted Elon Musk and others received $121,000 in...