Apple is closing dozens of its stores shortly after attempting to re-open them as COVID-19 cases resurface across southern and western US states.

According to CNBC, Apple has decided to close 30 stores this week which ups the total closures to 77 out of 271 stores across the country – or more than 25 percent.

As noted by CNBC, the closures will affect stores in Alabama, California, Georgia, Idaho, Louisiana, Nevada and Oklahoma in addition to those in Florida, Mississippi, Texas and Utah which were closed Wednesday. 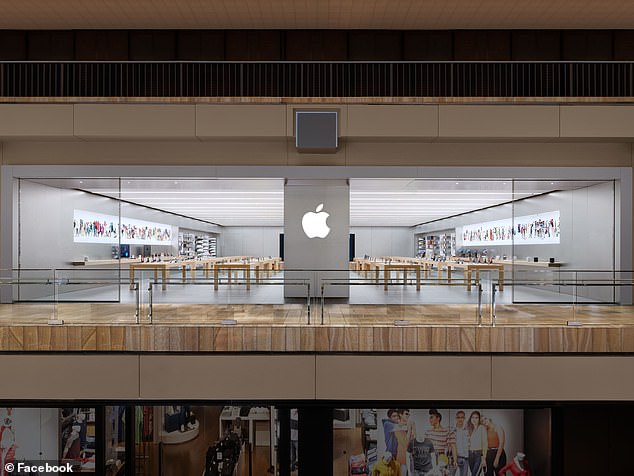 ‘Due to current COVID-19 conditions in some of the communities we serve, we are temporarily closing stores in these areas,’ an Apple spokesperson told CNBC in a statement.

‘We take this step with an abundance of caution as we closely monitor the situation and we look forward to having our teams and customers back as soon as possible.’

Apple did not offer a specific timeline for reopening stores, but had previously shuttered locations for several months.

Among the closures are the last two remaining stores opened in Florida and several in the Los Angeles which has seen a resurgence in COVID-19.

Apple initially closed all 271 of its US stores in mid-March, as COVID-19 spread across the country.

Later it announced it would re-open 100 stores in the US at the end of May as it became clear that the number of new COVID-19 cases was beginning to fall in many parts of the country. 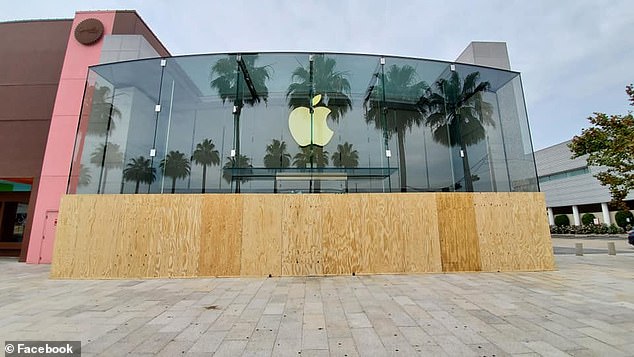 However, spikes in the number of cases have hindered those plans.

On Tuesday, the US recorded a record 44,000 new cases and public health expert Dr Anthony Fauci said that cases could climb to reach 100,000 per day.

As noted by CNBC, Apple was among the first retailers to close its physical stores amid the growing crisis even while some focused on curbside pickup.