Apple’s latest Watch update encourage users to wash their hands properly by showing them a 20-second timer on their wrist while they are doing it.

The firm announced the new feature at their annual Worldwide Developer Conference on Monday alongside a spate of other updates.

Apple said washing hands properly for at least 20 seconds can help prevent the spread of illnesses, such as the deadly coronavirus that put the world in lockdown.

It uses the motion sensors, microphones and machine learning to detect when someone starts washing their hands then initiates a 20-second countdown timer.

Other new features announced for the wearable device include the ability to swap Watch faces, dance tracking in the fitness app and sleep monitoring. 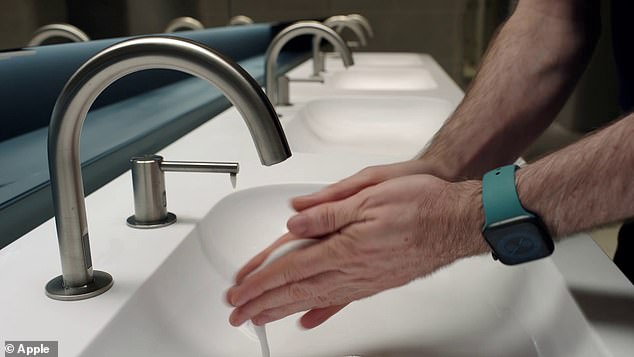 Apple described the handwashing feature as a ‘first-of-its-kind innovation for a wearable’ technology that will also integrate with the Health app on the iPhone.

The company say it is part of a series of innovations designed to help people as they return to workplaces after coronavirus put much of the world in isolation.

It will ‘also conveniently remind the user to wash their hands when they return home,’ Apple said in a statement about the update.

The iPhone Health app will show frequency and duration of handwashing, as well as information on the importance of keeping hands clean, as it relates to overall health. 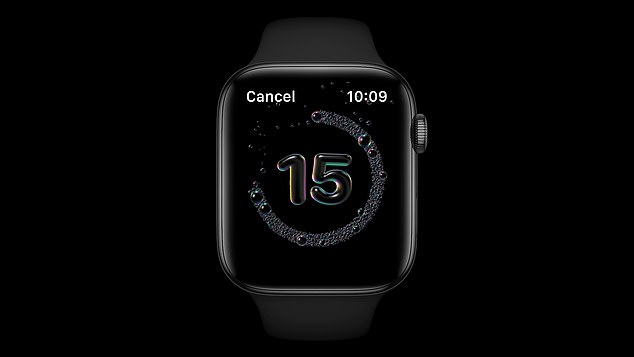 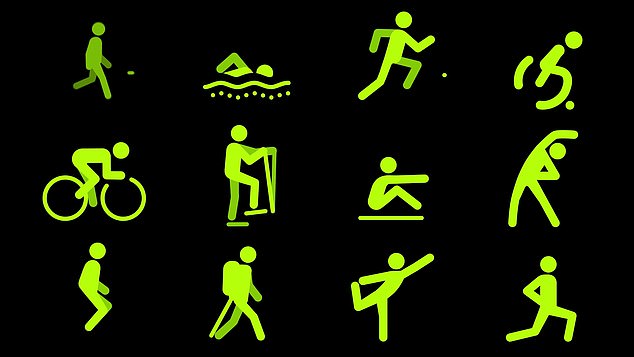 Other new features announced for the wearable device include the ability to swap Watch faces, dance tracking in the fitness app and sleep monitoring

‘Sounds used to detect handwashing are not automatically recorded or saved by the Health app or Apple Watch,’ a spokesperson said.

The latest update for the wearable tech, first launched in April 2015, focuses on customisation, health and fitness, according to the Cupertino firm.

Other new health features include sleep tracking, new workout types and a hearing health feature that together give ‘greater insight into overall well-being and are designed with privacy in mind’.

They have also updated the Maps app to include cycling directions and language translation services for Siri.

‘We’re energised by the positive impact Apple Watch is having on our customers and are excited to deliver meaningful new tools that support their health, fitness, and wellness,’ said Jeff Williams, Apple’s chief operating officer.

The watch announcements were made from the Apple Campus fitness centre, further highlighting the focus on the device as a health tool.

With watchOS 7, Apple Watch introduces sleep tracking, taking a holistic approach to sleep by providing tools to help users get the desired amount of sleep, get to bed on time, and create a pre-bedtime routine to meet their sleep goals. 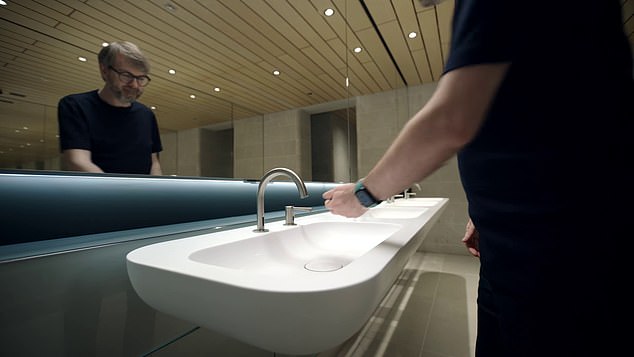 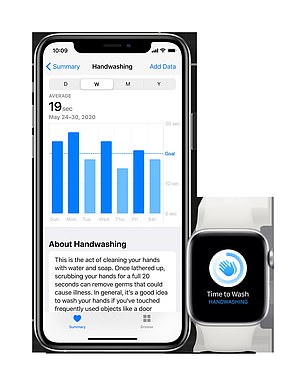 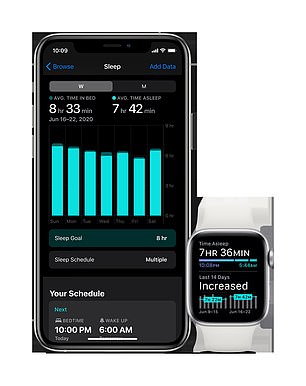 The latest update for the wearable tech, first launched in April 2015, focuses on customisation, health and fitness, according to the Cupertino firm

Through the detection of micro-movements from the watch’s accelerometer, which signals respiration during sleep, Apple Watch captures when the wearer is sleeping and how much sleep they get each night, the company confirmed.

In the morning, the user will see a breakdown of their previous night’s sleep, including periods of wake and sleep.

According to the American Academy of Sleep Medicine, a bedtime routine helps the body prepare for sleep and so Apple added a new ‘wind down’ feature.

In OS7 users can see how loudly they are listening to media through headphones – regardless of the device they are connected to – and the impact over time.

Users will also get a notification if they’ve reached 100 per cent of the safe weekly listening amount – about 80 decibels for 40 hours per week. 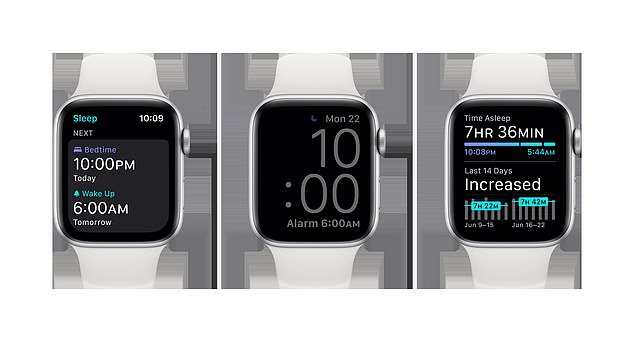 The device will be able to monitor your wake and sleep periods through the night and help you get a healthier nights sleep, according to Apple 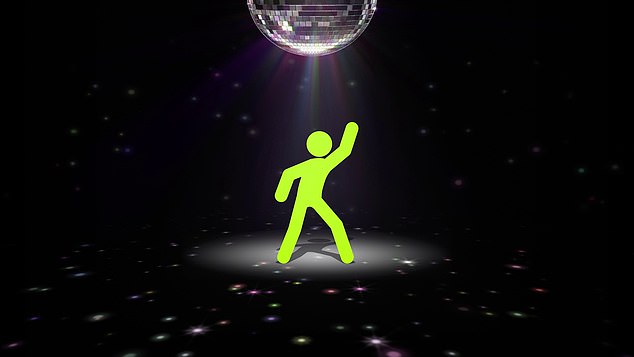 The Activity app has also been renamed the Fitness app and includes calorie exertion for Dance for the first time.

‘This workout type was validated and tested with four of the most popular dance styles for exercise: Bollywood, cardio dance, hip-hop, and Latin,’ the firm said.

Outside of health and fitness changes, the Watch also offers more sharing and customisation options – including the ability to ‘swap Watch faces’ or download them from the internet.

Sturgeon threatens to punish Scots with FINES if they do not...

Joy Reid to host 'The ReidOut' weeknights on MSNBC

Sturgeon threatens to punish Scots with FINES if they do not...

Joy Reid to host 'The ReidOut' weeknights on MSNBC