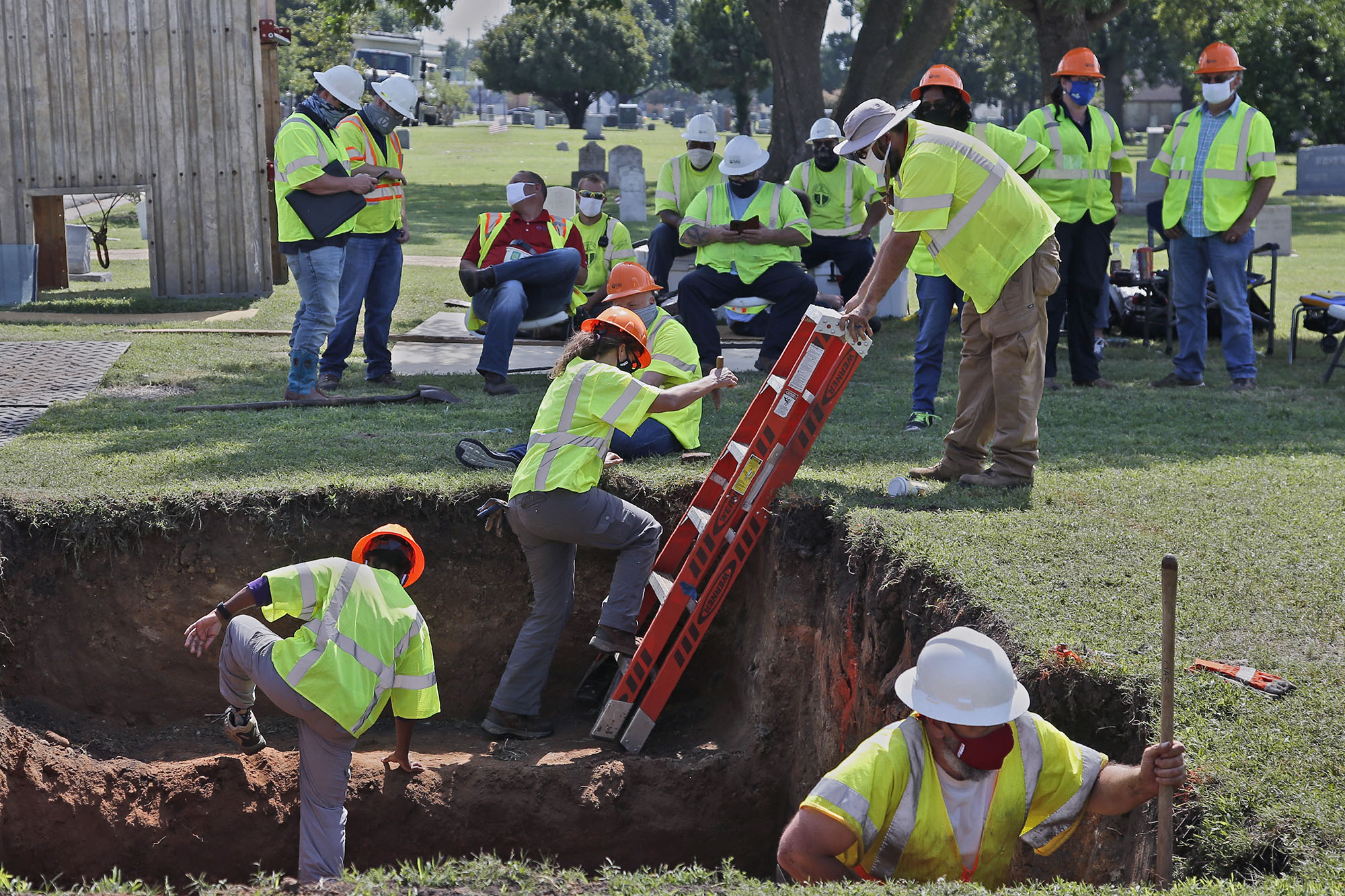 An archeological team searching for victims of the 1921 Tulsa race massacre uncovered remains at a cemetery in the city, a report said Tuesday.

The archeologists employed by the state of Oklahoma said they located a grave shaft along with the remains in the Oaklawn Cemetery, which is believed to be a burial ground for victims of the massacre, a local ABC affiliate reported.

At a press conference after the find, archaeologist Kary Stackelbeck said her team is optimistic about the find because of the location of where the remains were found.

She added the remains were discovered about three feet beneath ground surface that corresponded with previous research.

The team of archeologists are now analyzing the remains to determine if they are indeed a victim of the massacre, in which some 300 people were killed as white residents of the city lynched blacks and burned businesses to the ground.

“I am very grateful to have the foremost experts in the country working to locate the remains of victims from the 1921 Tulsa Race Massacre,” the city’s current mayor, G. T. Bynum said.

“We will continue to take this investigation one step at a time, wherever it may lead,” he added.

Facebook
Twitter
Pinterest
WhatsApp
Previous articleChina's super-wealthy got $1.5trillion richer during pandemic that began in Wuhan
Next article'Politics is BORING without me': Trump says it's him or 'Sleepy Joe' Biden at Pennsylvania rally