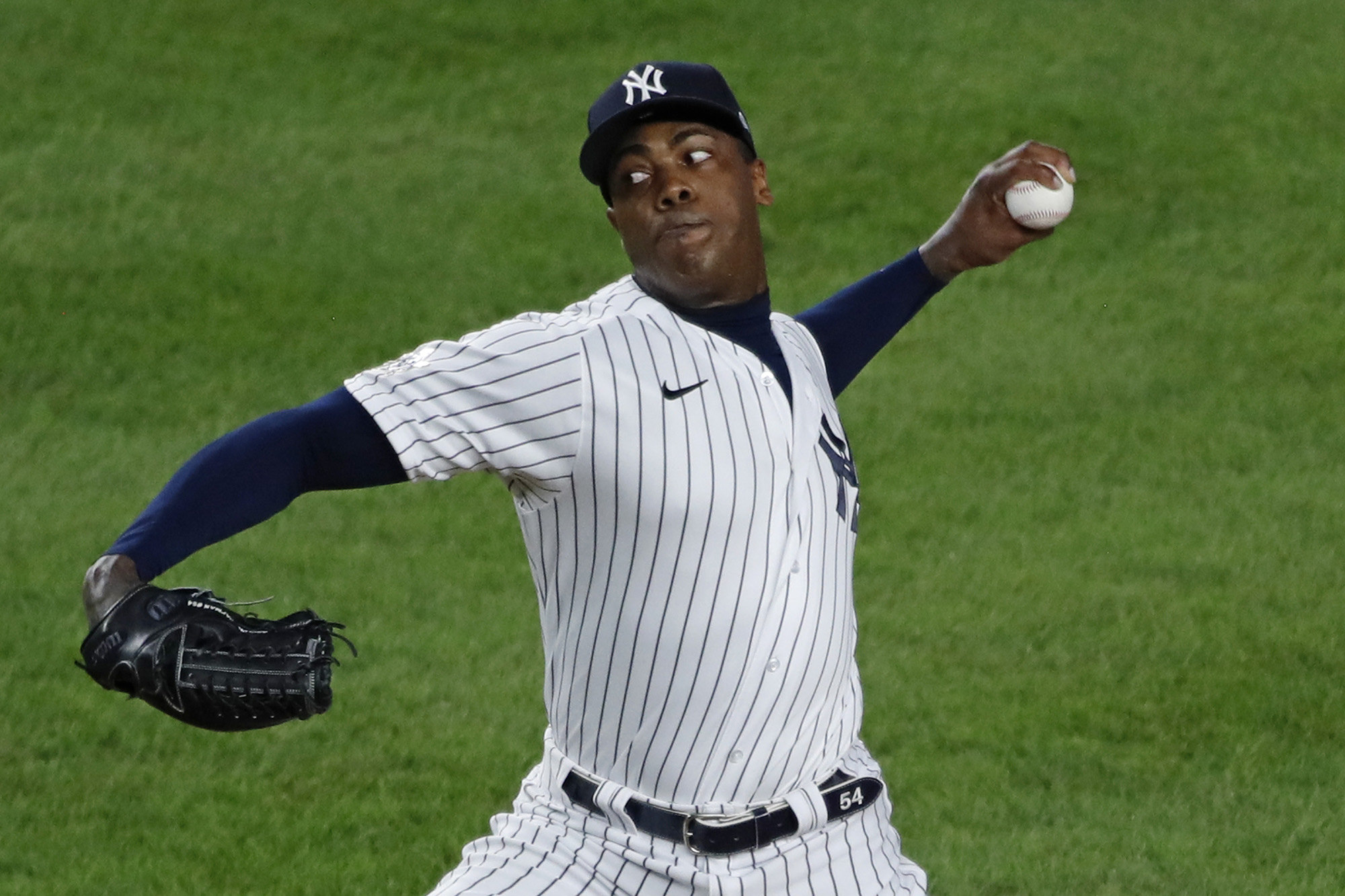 The Yankee Stadium rest rooms are shut because there is nobody to use them, but that didn’t muffle the sound of leads being flushed twice by the Yankees’ bullpen Friday.

After Chad Green gave up three homers and help the Yankees let a three-run lead slip away in the first game of a Subway Series doubleheader that resulted in a 6-4 defeat, the Mets tagged Aroldis Chapman with a loss in the nightcap when pinch-hitter Amed Rosario hit a two-run homer in the bottom of the seventh to lift the visitors to a 4-3 victory and a sweep.

The losses stretched the Yankees’ losing streak to a season-high seven games and dropped them four lengths back of the AL East-leading Rays.

The Yankees held a 4-0 lead after two innings in the first game and watched Green give up three homers in the sixth including a three-run blast to Pete Alonso that tied the score and back-to-back blasts to Dominic Smith and Jake Marisnick.

If that wasn’t bad enough Chapman was asked to protect a one-run lead in the seventh and didn’t retire either of the two batters he faced. Jeff McNeill drew a 3-2 walk, pinch-runner Billy Hamilton stole second base on a pickoff throw to first and Rosario launched a 2-0 pitch into the left-field seats to stun the Yankees.

“Obviously, get the ball to Chappy, you feel good about that and getting a split today,’’ Boone said of his closer who hadn’t pitched since Aug. 17 and made his second appearance of the season. “You got to turn the page quickly here. Obviously a tough stretch for us right now.’’

“We have to start finishing some games off now,’’ Boone said.

With the Yankees leading by three runs in the sixth inning of a seven-inning tilt in the opener the first two Mets reached on singles against lefty Jordan Montgomery who had thrown 68 pitches. That brought the right-handed hitting Alonso to the plate and Boone immediately called for the right-handed Green.

Alonso drove a full-count homer to center that tied the score and, after Green got two outs, Smith and Marisnick hit back-to-back homers. It was Green’s second blown save of the year and second in as many outings.

“I like Green in just about any [situation],’’ Boone said. “I had a lot of confidence in Green at that point. Alonso had a great good swing on a 3-2 count.’’