‘When I can’t support on the pitch tonight, I will support in front of the TV in London’: Arsenal outcast Mesut Ozil sends message to his team-mates ahead of Europa League opener after being left out of squad

After slamming Arsenal’s lack of ‘loyalty’ on Wednesday, Mesut Ozil has said he will still be supporting the club in Thursday night’s Europa League clash against Rapid Vienna.

‘When I can’t support on the pitch tonight, I will support in front of the TV in London,’ Ozil wrote on Twitter.

Ozil was cut from Arsenal’s Europa League squad, and then was omitted from their Premier League squad by manager Mikel Arteta. 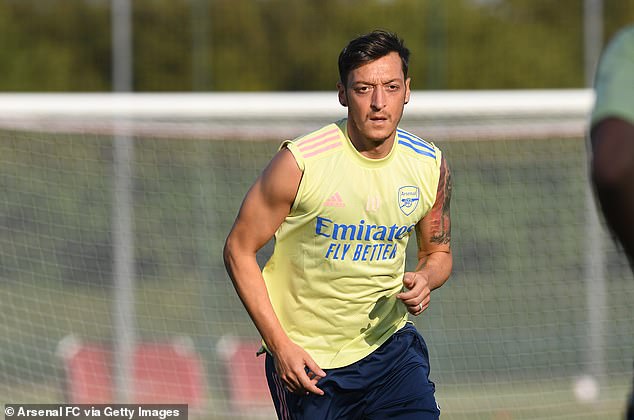 President-elect Joe Biden slipped and twisted his ankle while playing with his dog Major, his office said Sunday. The 78-year-old Democrat will be examined...
Read more
Load more