Mesut Ozil bites back: Arsenal outcast’s agent says Mikel Arteta is LYING, shows no respect or loyalty – and tears into the manager’s own playing career and the ‘classless’ club’s mass redundancies

Mesut Ozil’s agent has slammed Mikel Arteta for lacking loyalty and respect and claims the Arsenal boss has lied about why the midfielder was left out of the club’s Premier League squad.

Ozil cannot play first-team football until at least January after he was also omitted from the club’s Europa League squad but Arteta claimed the decision was solely for football reasons.

However, in an interview with ESPN, Ozil’s agent Erkut Sogut says the manager has treated the midfielder unfairly and has not been honest about his decision to freeze him out. 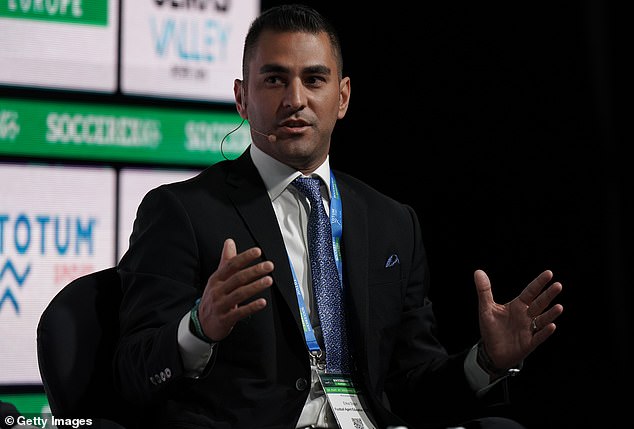 He said: ‘Arsenal fans deserve an honest explanation, not [Arteta] saying ‘I failed Ozil.’ You didn’t fail Ozil: you failed to be fair, honest and transparent and treat someone with respect who has a contract and was loyal all the time.

‘Every single person outside knows he hasn’t treated him fairly. He didn’t give him a chance to show himself this season. If he is still under contract, the player should have the option to stay and fight for his place. Mesut hasn’t been given that. Why would you put a player on the bench twice for 90 minutes [against Brighton and Crystal Palace in June] if he wasn’t fit or committed?

‘Everyone says he’s training well. Per Mertesacker said this publicly. I spoke with at least five teammates who say he is training great. They say Mesut is one of their best players, and they cannot understand why he is left out. So it can’t be the training — if it is not the pitch, what are the footballing reasons? If you talk, you should tell the truth that the Arsenal fans deserve otherwise don’t talk at all.’ 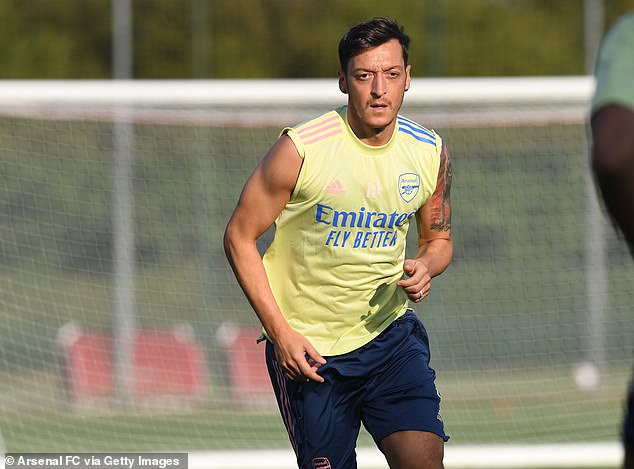 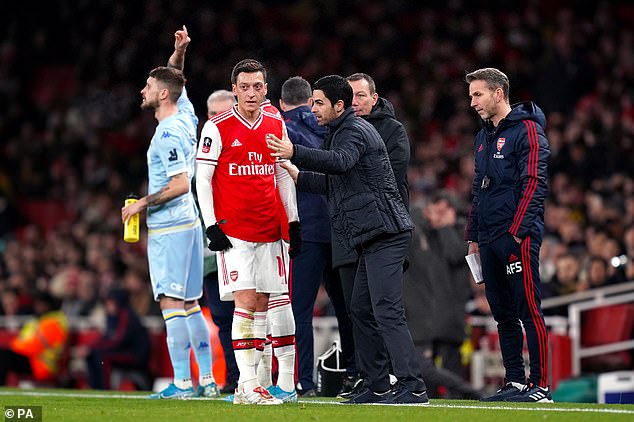 Sogut also took a swipe at Arteta for his own playing career at Arsenal, highlighting how the Spaniard didn’t start a single Premier League game in his final season at the Emirates and contrasted his treatment with that of Ozil.

‘He [Arteta] started zero games in the Premier League in his last season,’ said Sogut.

‘He wasn’t there in the last six months at all, busy doing his coaching badges and meeting coaches for his future. Mesut plays for one English team and that’s it because he feels he can only play for that team. He is a Gunner in the end.

‘Mesut is not a player who is yesterday a Toffee and today a Gunner. Arteta didn’t play at all in the final two years, but they still registered him because he was given a contract. Arsene Wenger put him on the field for the final two minutes of his last game just to give him a nice moment, even though he wasn’t fit for months. Look at how [Arteta] was treated in his final two years, and how Mesut is getting treated in his final year.’ 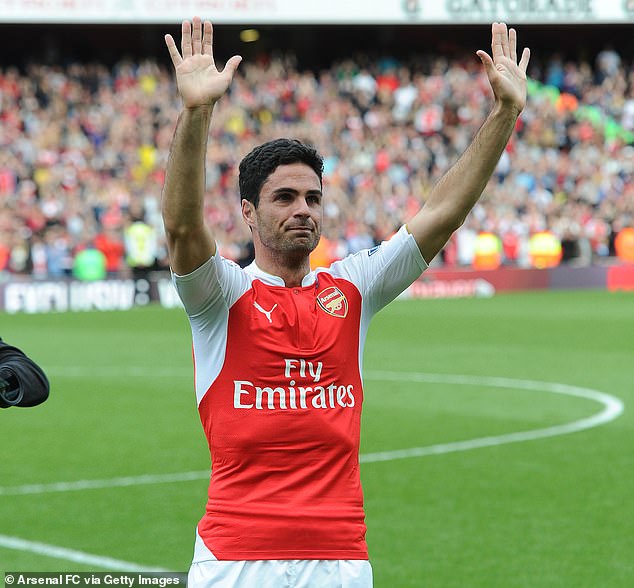 Ozil released a statement after his omission from the Premier League squad which heavily criticised the club for their lack of loyalty, but stopped short of pointing the finger at his manager.

As Sportsmail exclusively revealed on Wednesday, the former German international believes Arsenal’s commercial interests in China influenced the decision to omit him from both squads.

Last December, the midfielder condemned China’s alleged mistreatment of Uighur Muslims in the Xinjiang province in a post on Instagram. Despite being quickly disowned by Arsenal, the post still had damaging commercial consequences for the club. 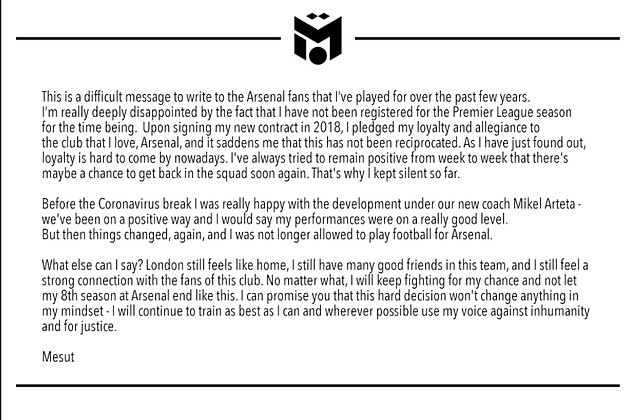 Ozil’s comments were condemned by the Chinese foreign ministry and the Chinese FA and he was deleted from a computer game in China for his actions while Arsenal’s following game with Manchester City was dropped by state TV.

The club have a significant commercial presence in China and own a restaurant chain and have an official lottery partner and vehicle provider.

Ozil also came under fire for refusing to take a 12.5% pay cut in April, despite being the club’s highest earner on £350,000. The midfielder is said to have refused because of a lack of clarity on how the money would be spent.

But Sogut defended Ozil, saying: ‘You have to understand the bigger picture. The [Uighur situation] created problems for the whole Premier League, not just Arsenal. He expected to get more support from the club. It is not talking about politics, it is about human rights, putting people in detention centres. Imagine a football player comes out and says “this is inhumane.” Is that politics or empathy?’

Facebook
Twitter
Pinterest
WhatsApp
Previous articleCouple at NYC eatery served $2,000 Bordeaux in error after ordering cheap wine
Next articleTwitter erupts as Melania appears to yank her hand away from Donald's at election debate

First things first: Mikel Arteta’s job remains one of the safest in the Premier League.There is no hint of boardroom disgruntlement and only...
Read more
Sport

AHEAD OF THE GAME: Manchester United keen to re-visit plans to hire a director of football

AHEAD OF THE GAME: Manchester United keen to re-visit plans to...
Read more

Joe Biden says his inauguration will NOT have million-strong crowd on...
Read more

Giovanna Fletcher crowned I’m A Celebrity 2020 winner 'Thank you so much!'

Giovanna Fletcher has been crowned the winner of I’m A Celebrity… Get Me Out Of Here! 2020. She beat 11 other famous faces and...
Read more
Load more

Joe Biden says his inauguration will NOT have million-strong crowd on...