When Patrick Bamford, surrounded as he was by four Aston Villa defenders, opened up his body to side foot the ball ambitiously towards the far corner of the goal, it was clear by then exactly what was going to happen. Goal number three. Hat-trick.

Sometimes centre forwards happen upon runs of form and confidence like this and Bamford has certainly waited long enough for his.

Prior to this season, the 27-year-old had played top flight football for Crystal Palace, Norwich, Burnley and Middlesbrough. All of that was a bit of a struggle, enough to make one wonder if he was really good enough. 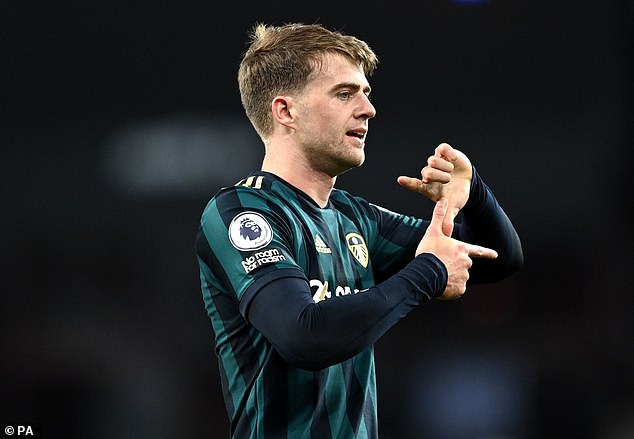 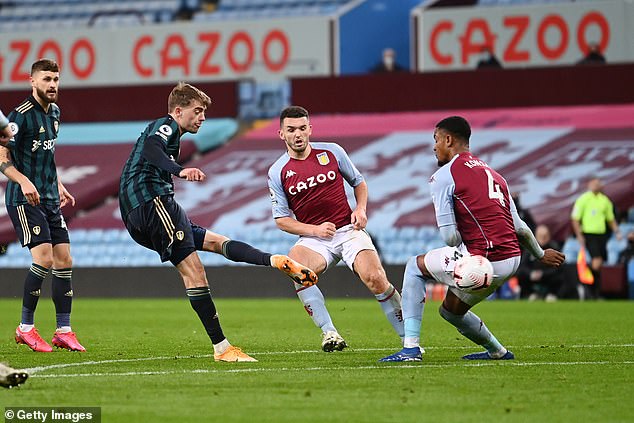 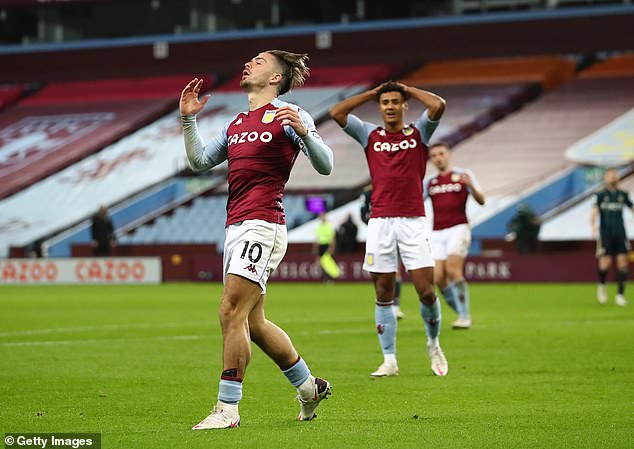 Well here was more evidence that some players just have to be a little more patient than others. These were goals four, five and six of Bamford’s league season so far.

The first was a tap in, the second a piece of improvisation from 25 yards and the third something of a work of art. Yes, he appears to be good enough and, coming in the space of 19 second half minutes, Bamford’s goals won the game deservedly for Leeds.

Villa were game throughout as they looked for the point that would take them top of the table overnight. But ultimately Marcelo Bielsa’s Leeds team were better by a distance.

This result did not flatter them, so cohesive were they from the very first moment. Leeds were missing players here, too, and as they move in to the top four in their first season in the Premier League for so long it is hard not to wonder what exactly they may be able to achieve. 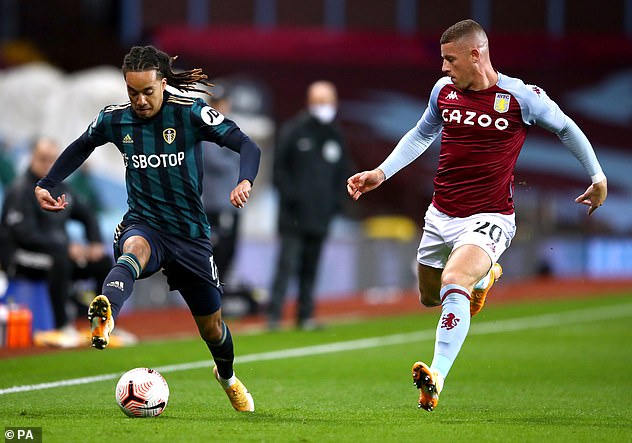 Helder Costa was on form, terrorising the Villa defence with his pace and helping setup goals

This was a team performance of some merit. Leeds moved the ball around terrifically all night. The three goals carried Bamford’s stamp and this was his night. But the build up to each was lovely, too. Whatever Leeds do or do not manage to do this season, it is clear they will continue to do it with style.

The better team in an open first half, Leeds were nevertheless in a real contest with a little over half an hour to play.

In fact Villa captain Jack Grealish had just come very close to giving his team the lead, running diagonally in to the penalty area to be denied at close range by Leeds goalkeeper Illan Meslier.

But once Leeds scored, they took the game away from Villa on the back of the relentlessness of their running, the creativity and neatness of their passing and the finishing of their number nine. 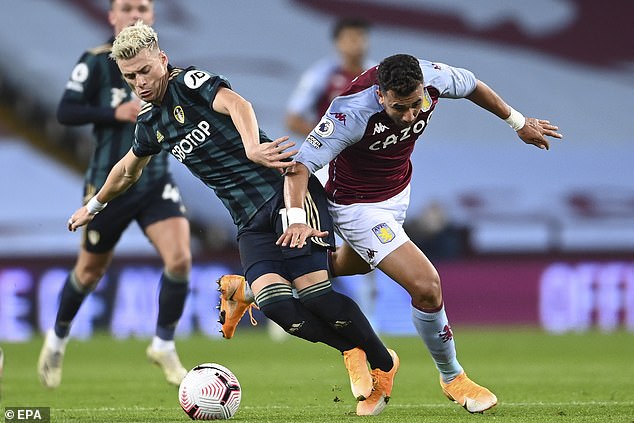 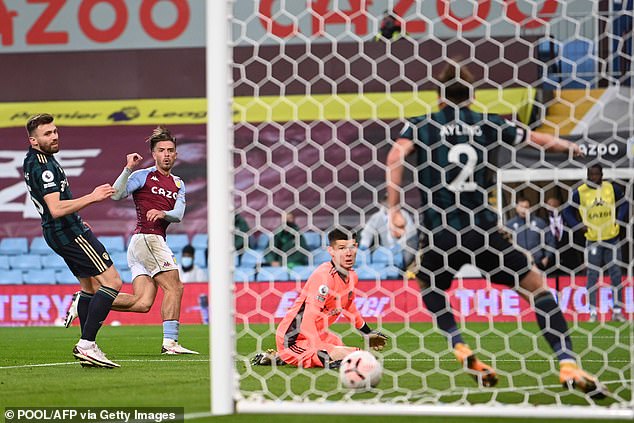 Grealish impressed in flashes, having a goal cleared off the line before a wonderful dribble

The first goal, in the 55th minute, was created down the left hand side. Jack Harrison and Rodrigo Moreno were both involved as they often were over the course of the night. And when Moreno shot low across goal to bring a sprawling one-handed save from Emiliano Martinez, Bamford was there to turn the ball in to the net.

As the Leeds players celebrated, it already felt as though that may be the game won. With Villa now compelled to play with a little more adventure, rather than purely on the counter attack, it was not hard to imagine Bielsa’s players relishing the space.

That was exactly how it turned out and the second goal arrived just eleven minutes later. This time the attack came down the other flank but when the ball was played in to Bamford’s feet on the edge of the penalty area he still had an awful lot to do.

Three Villa players were in front of him but as they hesitated he took advantage, moving the ball from right foot to left and then whipping it exquisitely in to the top corner from almost a standing start. 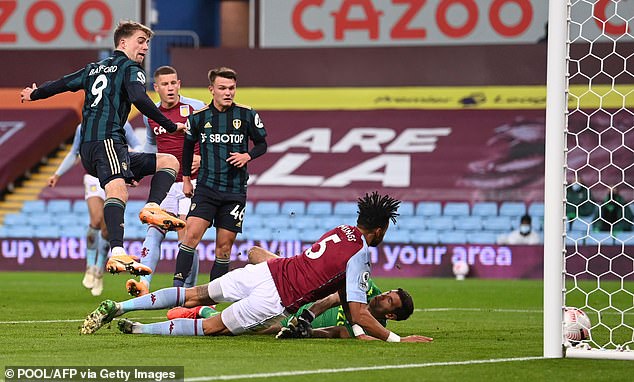 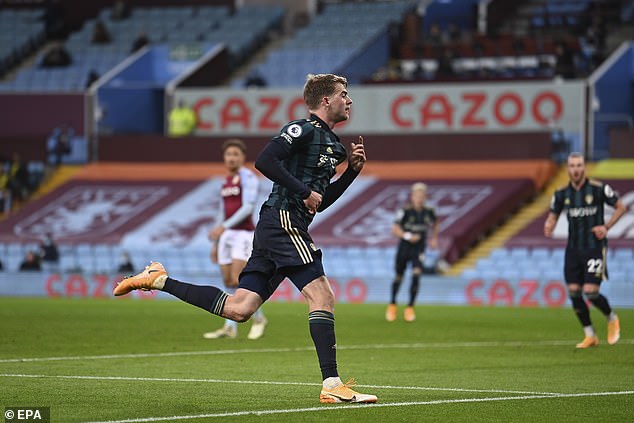 Technically, it was a sumptuous goal, born of absolute belief and instinct.

As for number three, it may have been even better. Again Bamford should have been crowded out but again there was just enough space in which he could work. Again the left foot was like a wand and a 19 minute hat-trick was complete.

Villa could be forgiven for wondering just what had hit them. It was not long ago that they were still in the game. But they had been warned in the first half. Grealish did see a shot kicked off the line by Luke Ayling in the 26trh minute but it had been Leeds doing most of the pressing.

Bamford headed wide in the fourth minute after being found by the excellent Ezgjan Alioski and then poked a shot past the same post right at the end of the opening period.

Both were good opportunities and when things aren’t going your way a failure to take them in what felt like being a tight game can play on your mind. Bamford will feel those doubts once again. All strikers do.

Right now, however, you would back him to score from absolutely anywhere.

Relive the action as it happened with Sportsmail…