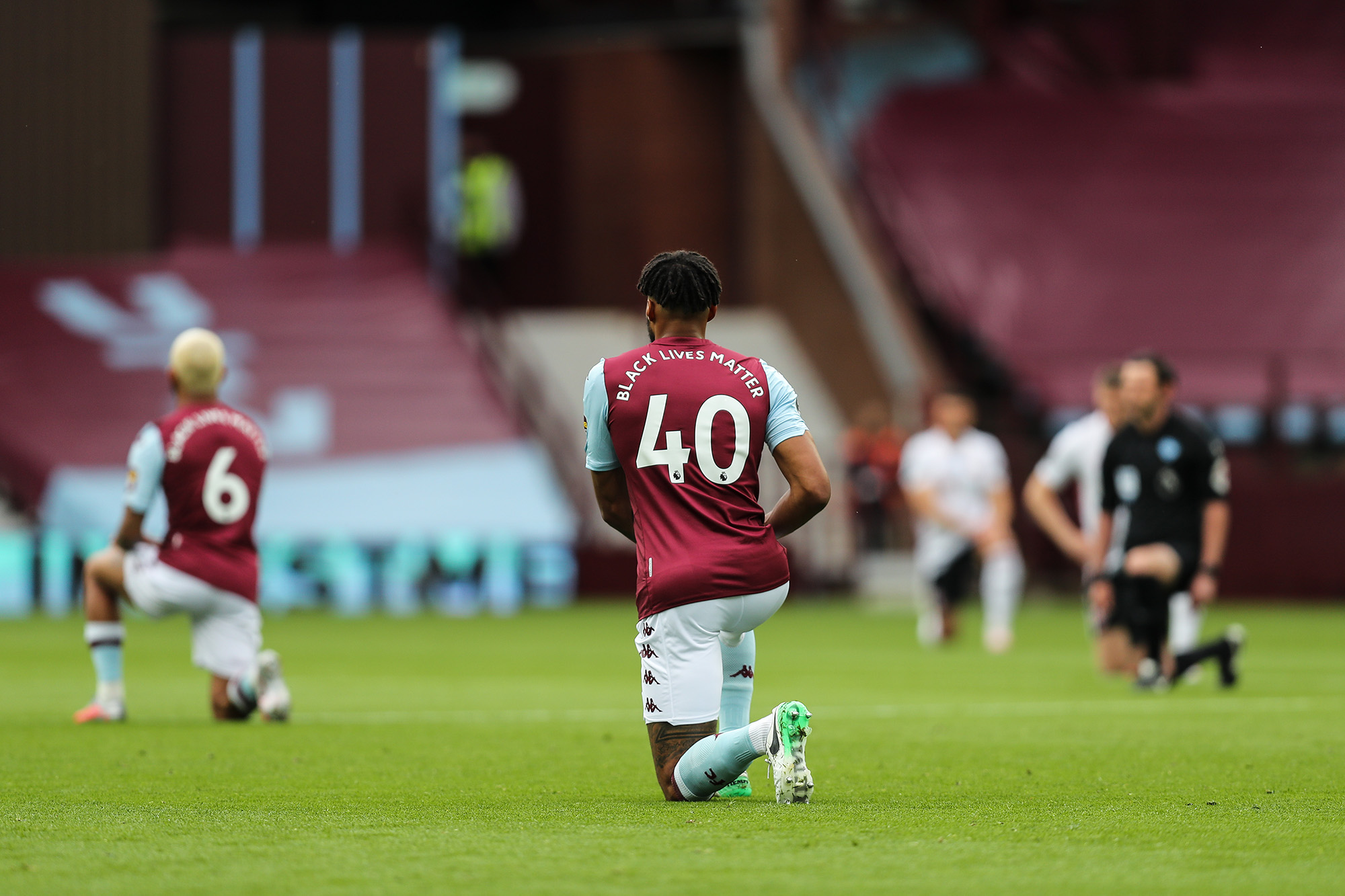 The return of the Premier League began with a poignant moment.

Right before kickoff Wednesday, all Aston Villa and Sheffield United players and the referees took a knee, supporting the worldwide protests against racial injustice in the wake of George Floyd’s police-related death last month.

Instead of the usual player names, Premier League teams are wearing jerseys with “Black Lives Matter” written on the back above their numbers.

Some Premier League teams took a knee as a team during training as they prepared to return from the league’s coronavirus shutdown.

“We, the Players, stand together with the singular objective of eradicating racial prejudice wherever it exists, to bring about a global society of inclusion, respect, and equal opportunities for All, regardless of their colour or creed,” Premier League players recently said in a statement. “This symbol is a sign of unity from all Players, all Staff, all Clubs, all Match Officials and the Premier League #blacklivesmatter #playerstogether.”

Why these Sennheiser wireless headphones could be ideal for cycling