Barcelona suffered a nightmare evening at Atletico Madrid after going down 1-0 at the Wanda Metropolitano and losing key defender Gerard Pique to injury.

Yannick Carrasco scored the game’s only goal on the cusp of half-time when 40 yards from goal a brilliant bit of skill saw him nutmeg the far advanced Marc-Andre ter Stegen before he slotted home into an empty net.

Ronald Koeman’s side rarely troubled the hosts and the Dutch manager will now be sweating over the injury suffered to key defender Pique who limped off close to tears in the second half with a suspected knee injury.

Barcelona’s latest defeat leaves them tenth in the table after their first LaLiga loss against Atletico in ten years, who go joint top. 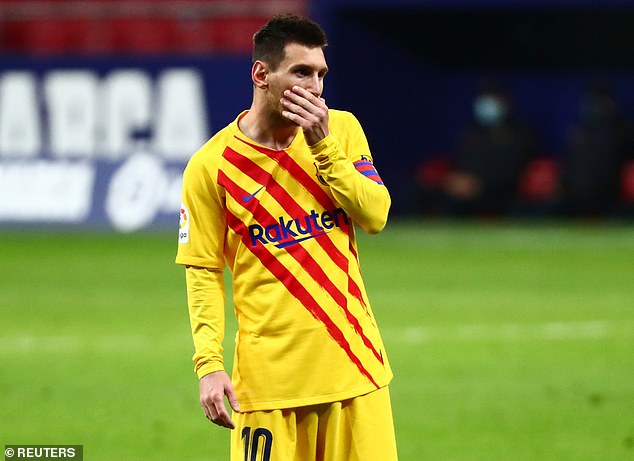 The return of LaLiga following the international break brings a heavyweight clash as Atletico Madrid host Barcelona at the Wanda Metropolitano.

Diego Simeone’s side have started the season well and entered the weekend third in the table and well in the hunt in the title race. However counterpart Ronald Koeman has so far struggled to get Barca firing in the league as they sit mid-table with just 11 points from seven games.

As Atletico chase a first league win over Barca for over 10 years, follow all the action as it happens from the 8pm GMT kick-off with Sportsmail’s DAN RIPLEY.

Facebook
Twitter
Pinterest
WhatsApp
Previous articleNeed to use up air miles? Here's how you can spend them… on a trip to space!
Next articleTaking a leisurely cruise to the Canaries before tackling the islands' eerie desert landscapes