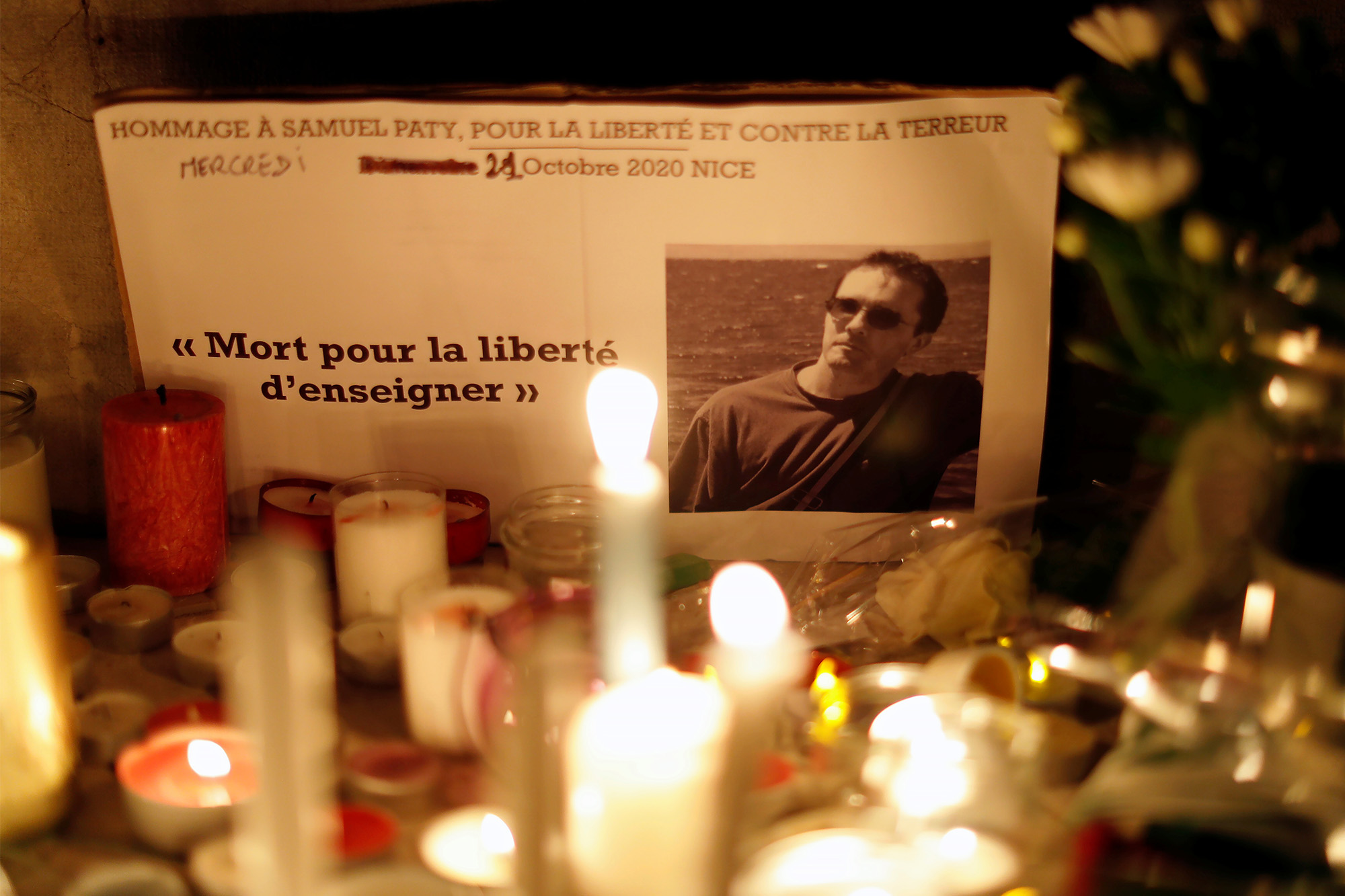 Two teenagers will face charges in last week’s beheading of a history teacher outside Paris — for allegedly pointing the educator out to his killer in exchange for cash, France’s terrorism prosecutor said Wednesday.

The teens — aged 14 and 15 — were part of a group of students who were offered between $355 and $415 by the attacker to identify 47-year-old teacher Samuel Paty, according to state prosecutor Jean-Francois Ricard.

“The investigation has established that the perpetrator knew the name of the teacher, the name of the school and its address, yet he did not have the means to identify him,” the prosecutor said.

“That identification has only been possible with the help of students from the same school.”

They remained with the Russian-born attacker even after he told them he wanted to “humiliate and strike” Paty for showing caricatures of the Prophet Muhammad in class, which he saw as insulting, the prosecutor added.

Anzorov decapitated Paty with a long knife as the educator headed home from the junior high school in Conflans-Sainte-Honorine, about 25 miles northwest of Paris, authorities have said.

He then posted an image of the teacher’s severed head on Twitter before he was shot dead by police.

The two teens are among seven people who will face prosecution for “conspiracy to commit a terrorist murder,” Ricard said.

The others include the father of one of Paty’s students, who launched a social media campaign targeting the teacher over the cartoons — and exchanged messages with Anzorov on WhatsApp in the days leading up to the murder, the prosecutor said.

A known Islamist radical who helped the father with his campaign will also face prosecution, as will three of Anzorov’s friends, including one who allegedly drove him to the scene of the crime and another who went with him to buy a weapon.

The slaying has prompted massive protests in France and prompted a swift crackdown on radical Islamic groups by authorities.

President Emmanuel Macron on Wednesday gave France’s highest civilian award, the Legion of Honor, to Paty during a solemn ceremony at the Sorbonne university in Paris, Agence France-Presse reported.

He said the educator was slain by “cowards” for representing the secular, democratic values of the French Republic — and vowed, “We will not give up cartoons.”

“He was killed because Islamists want our future,” Macron said. “They will never have it.”