Attorney accused of being ‘serial bank robber,’ busted on way to sixth robbery 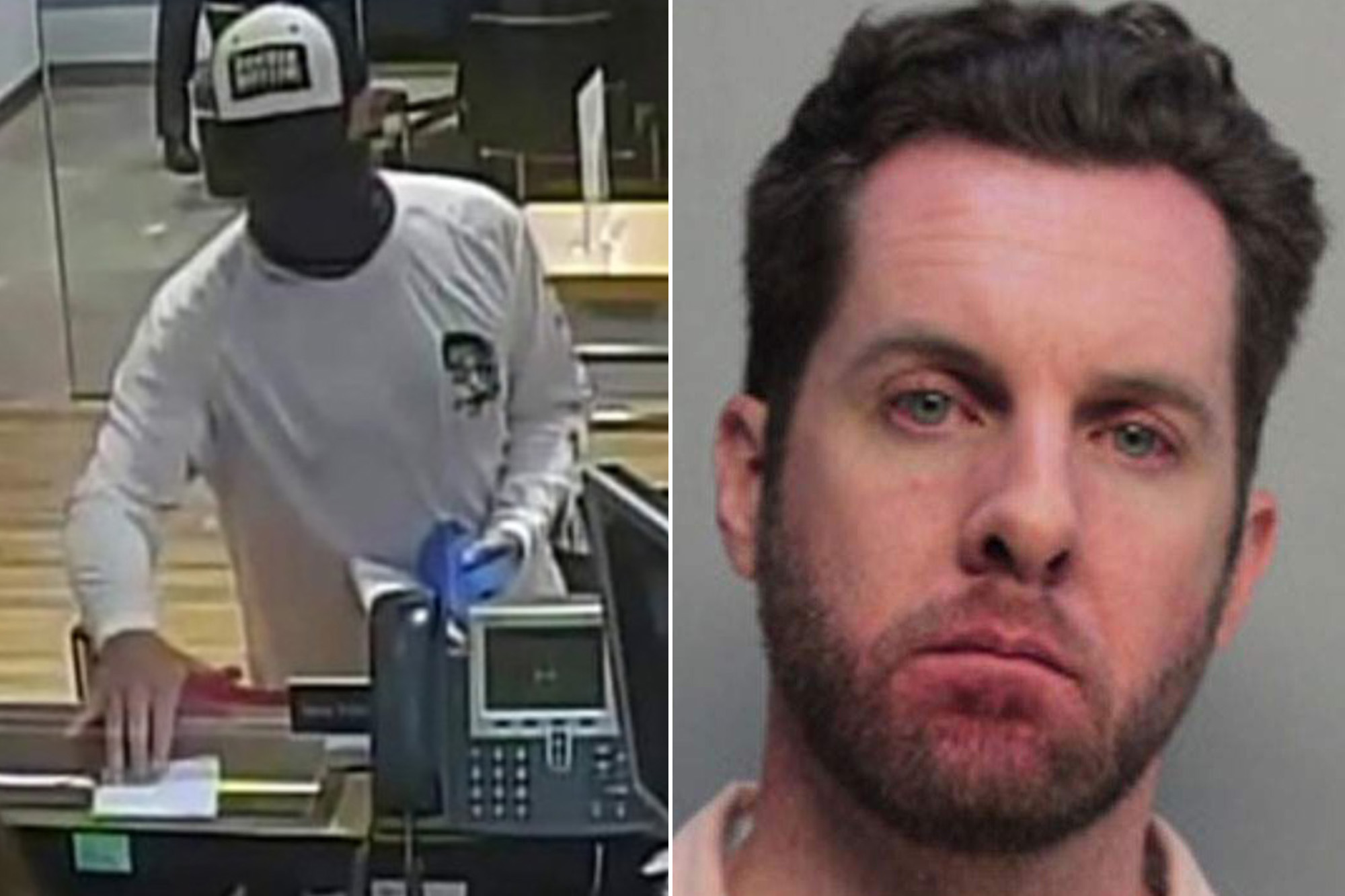 A Florida lawyer is accused of being a “serial bank robber,” who was busted this week as he allegedly headed to his sixth raid, federal prosecutors said.

Aaron Honaker, 41, is accused of holding up five Miami banks since Sept. 30 — but only successfully getting cash in two of them, and even then only $1,850, the US Attorney’s office said.

He was arrested after a detective spotted him downtown Tuesday — and was carrying a hammer and demanded notes as he confessed to heading to another planned robbery at a TD Bank, according to the Miami Herald, citing the criminal complaint.

Honaker is listed on the Florida Bar as a member in good standing. Both that and his LinkedIn page say he is with the Coral Gables-based firm of Martinez Morales — but the company told the Miami Herald he disappeared two years ago and never came back.

Honaker had his first appearance in federal magistrate court in Miami Wednesday and remains in custody. Federal prosecutors are seeking to detain him before trial, and a bond hearing is scheduled for Friday.

The attorney is being represented by the federal public defender’s office, the paper noted.

Schools in Baltimore will shut down for two days this week — and a ransomware attack, not the coronavirus, is to blame. The Baltimore...
Read more
Load more