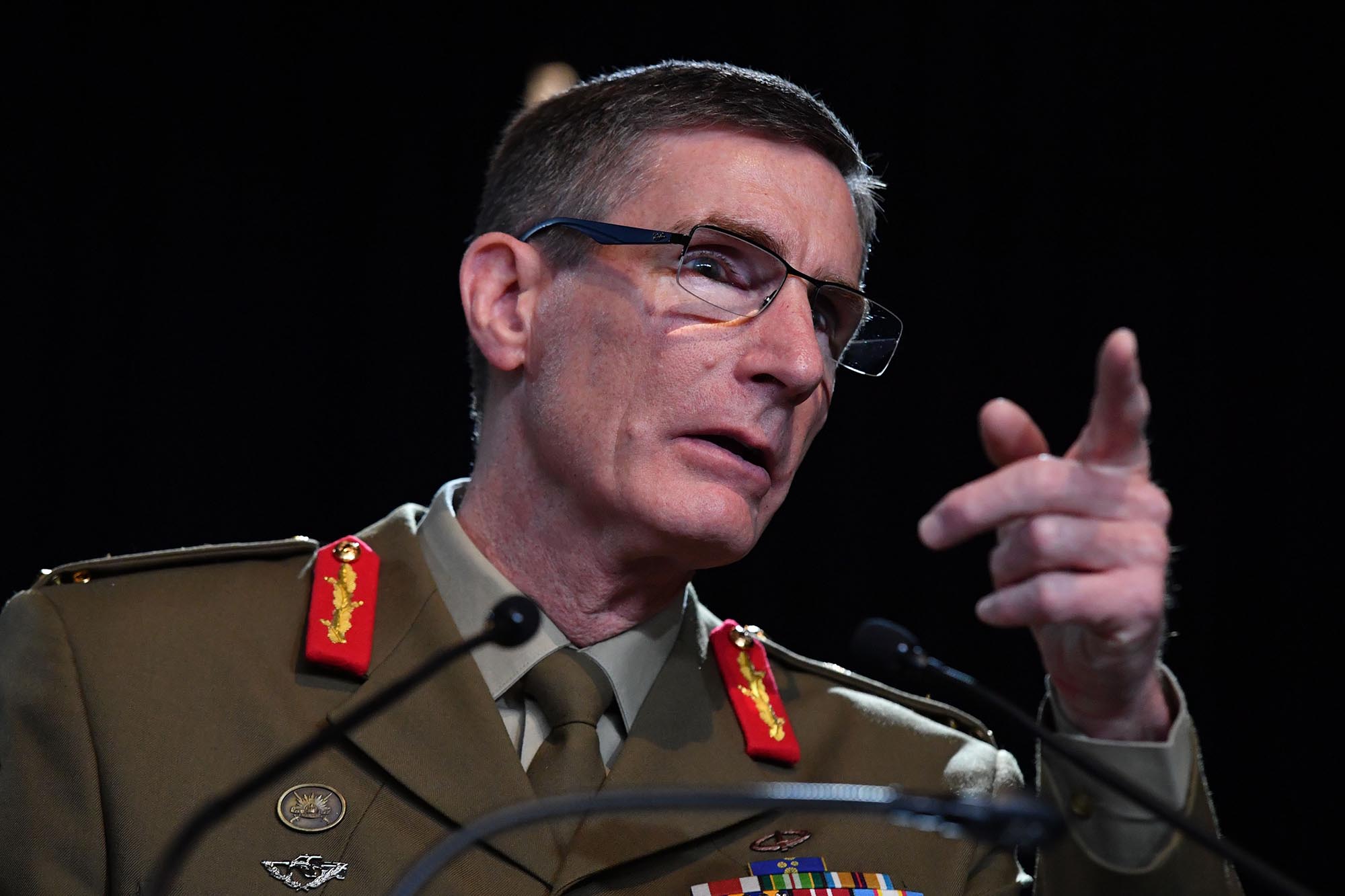 Elite Australian troops allegedly murdered 39 Afghan civilians, a majority of whom had been captured and were unarmed, according to a shocking war crimes report that said 19 soldiers will be referred for potential criminal prosecution.

Defense Force Chief Gen. Angus Campbell on Thursday said the alleged atrocities included cases in which new members would shoot a prisoner in order to record their first kill — a practice known as “blooding.”

He told reporters in Canberra that the troops would then plant weapons and radios to support false claims the prisoners were enemies who had been killed in action.

The illegal killings, which also involved civilians and farmers, began in 2009, with the majority occurring in 2012 and 2013, Campbell said, adding that Special Air Service members encouraged “a self-centered, warrior culture.”

“To the people of Afghanistan, on behalf of the Australian Defense Force, I sincerely and unreservedly apologize for any wrongdoing by Australian soldiers,” Campbell said after announcing the findings of a four-year probe by Maj. Gen. Paul Brereton, a judge and military reservist.

After interviewing more than 400 witnesses and reviewing thousands of pages of documents, Brereton recommended that 19 current and former soldiers be investigated for possible charges, including murder.

“Such alleged behavior profoundly disrespected the trust placed in us by the Afghan people who had asked us to their country to help them,” added Campbell, who said he has spoken directly to his Afghan counterpart to apologize.

“It would have devastated the lives of Afghan families and communities, causing immeasurable pain and suffering. And it would have put in jeopardy our mission and the safety of our Afghan and coalition partners,” he said.

As well as the 39 killings, the report — only parts of which have been made public — includes two allegations of cruelty and says that none of the alleged crimes were committed during the heat of battle.

It said that a total of 25 current or former soldiers were involved as perpetrators or accessories in 23 incidents, with some involved just once and a few several times.

Some of the troops would regularly carry “throwdowns” — items like foreign guns, radios and grenades — that they could plant on the dead victims so the civilians would appear like combatants in photographs.

“‘Throwdowns’ would be placed with the body and a ‘cover story’ was created for the purposes of operational reporting and to deflect scrutiny,” it said.

In one alleged incident, a US Marine who worked with Australian soldiers alleged that a civilian was shot dead because there was not enough room for him on a chopper, The Guardian reported.

In another, an Afghan man was used as “target practice” after running from a patrol before putting his hands up.

Braden Chapman, an intelligence officer accompanying the patrol, told the ABC he was then gunned down in cold blood, according to The Guardian.

“He put his hands up just like that,” Chapman said earlier this year. “And then just stood there. As we got closer to him the soldier then just fired, and hit him twice in the chest and then shot him through the head as he walked past him. And then from there he just moved on.”

Most of the alleged crimes were committed and concealed at a patrol commander level by corporals and sergeants, the report said. While higher-level commanders had to take some responsibility for the actions taken on their watch, they weren’t primarily to blame.

“Those who wished to speak up were allegedly discouraged, intimidated and discredited,” Campbell said.

Many of those involved are likely to be stripped of their medals and the military also will undergo significant structural changes, according to the report, which said Afghan families should be compensated immediately when there is enough credible evidence of crimes.

“This will be an important step in rehabilitating Australia’s international reputation, in particular with Afghanistan, and it is simply the right thing to do,” the report says.

Prime Minister Scott Morrison called Afghan President Ashraf Ghani to apologize before the report’s release, according to The Guardian.

Ghani’s office said via Twitter that Morrison had “expressed his deepest sorrow over the misconduct by some Australian troops in Afghanistan and assured the President of the Islamic Republic of Afghanistan of the investigations and to ensuring justice.”