By Natalia Penza For Mailonline

A premature baby born at just 23 weeks survived six hours in a morgue refrigerator after wrongly being declared dead.

Undertakers say they discovered the newborn was breathing after being called to pick up his body and hand it over to his parents for the funeral.

The incredible survival story happened at a hospital called La Margarita in the Mexican city of Puebla. 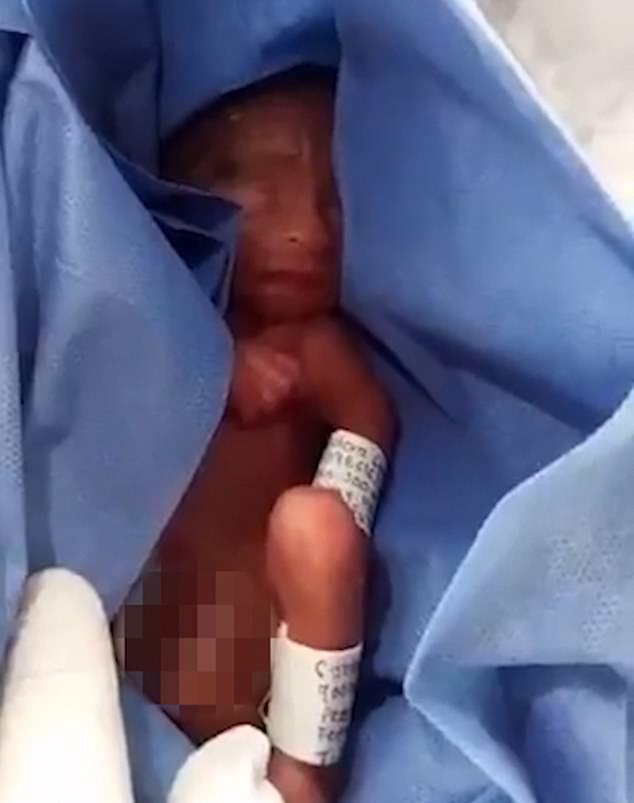 A premature baby born at just 23 weeks survived six hours in a morgue refrigerator after wrongly being declared dead in Puebla, Mexico

Footage showing the moment the baby’s father watched over the crying tot and urged him to stay strong and pull through after an emotional reunion is now going viral.

The unnamed baby, said to have been born at 4.29am local time yesterday, is understood to have been rescued alive around 10am, although one local report pointed to the baby being in the morgue refrigerator for a full six hours.

Medics told local press late last night the baby was still alive but was being kept under observation in an intensive care neonatal unit.

Miguel Angel Flores, owner of Funeraria Flores which was the undertakers tasked with picking up what they thought would be a baby’s body, said: ‘When we arrived we realised it was crying and moving. 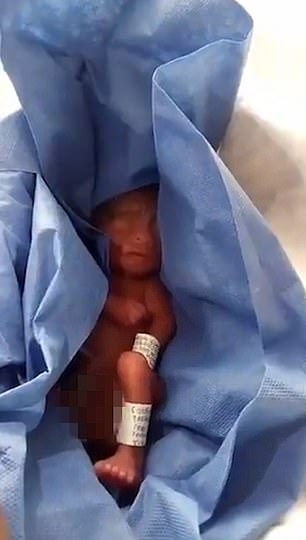 ‘We called the father over and he also saw it was crying and so we got the doctor who had signed the death certificate to come urgently.

‘The baby was born just after 4am and was found alive around 10am so that’s nearly six hours that it was in the morgue refrigerator.

‘I can’t understand how he didn’t die while he was there. The fridge it was in is normally used to keep the limbs of amputees. I’ve never experienced anything like this before.’

The unnamed father can be heard telling his son in footage taken shortly after the incredible discovery: ‘Here I am. Carry on fighting, little one, resist my love.

‘Please God, accompany this little one, stay with him because he’s still alive.’

The IMSS in Puebla, a governmental organisation that forms part of the Mexican healthcare system, confirmed an investigation was underway.

It said in a statement: ‘In the early hours of Wednesday October 21 a baby was delivered prematurely at 23 weeks.

‘It was found to have no vital signs and was pronounced dead and transferred to the hospital morgue area.

‘When the body was about to be handed over to a relative, medical staff and a representative of the undertakers realised the baby was alive. 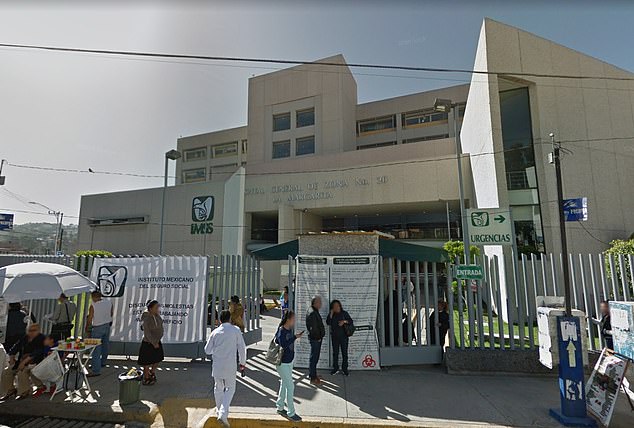 ‘It received immediate medical attention before being rushed to a neonatal intensive care unit.

‘Because it was born so prematurely, it is impossible sadly to predict at this stage how the situation will involve.

‘Hospital authorities have spoken to the baby’s father and they will continue to inform the family about the youngster’s state of health.

‘The case is being investigated.’

One Twitter user branded it ‘indignant.’ Another added: ‘I hope the hospital gets sued.’