He has even been able to make use of being on the wrong end of it as he bids to eventually become a manager himself once again.

But, at the time? ‘It was tough. Bloody tough,’ he chuckled, recalling how he was moved on by Wilder at Oxford United a decade ago. ‘When it happens, you want to beat him up!’ 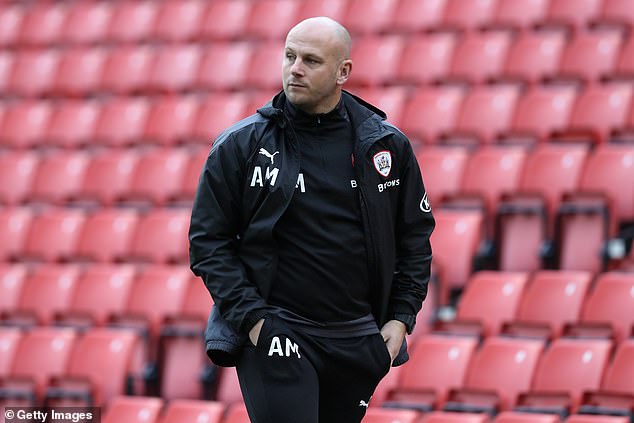 Murray was the now Sheffield United manager’s captain, a key cog in Wilder’s Oxford outfit in the season they went on to win promotion back to the Football League in 2010.

But a back injury that ruled him out of the second half of the campaign sparked doubts for Wilder about Murray’s long-term effectiveness.

Wilder did not wait to find out, deciding Murray needed replacing and letting him go at the end of the season.

‘I already had an eye on coaching by that stage and thought “wow you’ve got to be so ruthless to get wherever you need to get to.”

‘He’s managed to keep a core of players he knows will run through brick walls for him but if he sees any kind of weakness or things that can’t move forward with him he’s not afraid to change it,’ Murray said of Wilder, who he has been likened to and remains in regular contact with now, using the Blades boss as a sounding board as he makes his way in the coaching world. 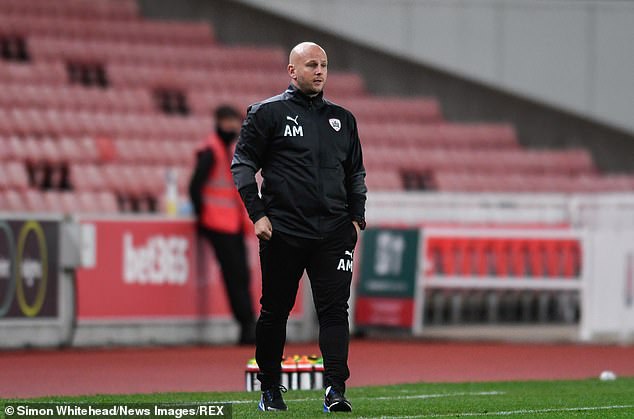 ‘It’s definitely ruthless but in a good way. I was on the wrong end of it then but looking back and from the other side of the fence now you have to have that killer instinct.

‘As long as you’re honest with it, which he always was, and made his decisions with respect, you’ll go a long way and that was a big takeaway for me.

‘When you get older and you can reflect on it you can see why it’s done.’

From a playing career of over 500 appearances Murray has picked up countless similar tips from other managers he has worked under.

More were gathered from his visits to ‘as many clubs as I could when I wasn’t training or playing,’ an indication of his dedication and thorough approach.

Since deciding he wanted to follow in their footsteps in his mid-to-late 20s, Murray, now 39, has been diligently storing them all away.

They have been tactical, technical and man-management-related nuggets. Some have been handwritten and others typed on a laptop. All have been kept to help Murray shape his own managerial philosophy. 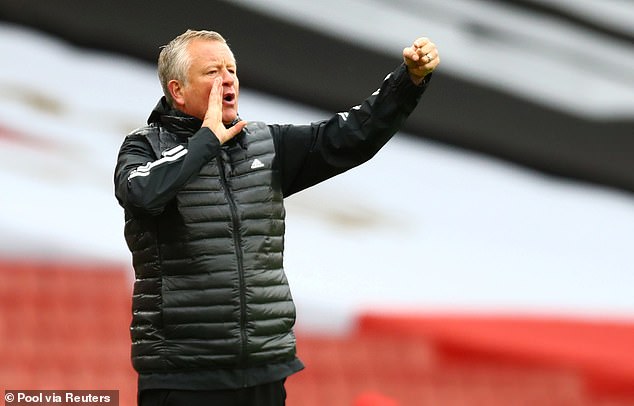 The start of his own playing career provided valuable but also painful lessons too.

Murray was something of a boy wonder at Derby. In his final year at school he was so close to his big breakthrough that his focus during his GCSE’s was more on running to and from his exams to build up his fitness ahead of pre-season training with the first-team than the tests themselves.

He made his senior debut in the Premier League aged just 17 and was part of the England youth set up alongside the likes of Joe Cole, Frank Lampard and Rio Ferdinand.

But four years and 55 Derby appearances later he found himself in the Priory Clinic.

Murray was a clichéd victim of young players receiving ‘too much, too soon’ and eventually hit ‘rock bottom.’

‘It was a knock-on effect of loads of little bad decisions, not having guidance around me,’ he began, ‘until I got to the point where I’m sitting talking to someone in a clinic thinking “sh** how has this got to that point?”’

Aged 17 Murray had already bought a five-bedroom house in Derby and moved in some of his mates from Birmingham.

It was reported he was in the Priory for alcohol addiction but he said: ‘It wasn’t that I was addicted to alcohol.

‘If there was a chance to go out with my mates I would. It wasn’t alcohol, I was addicted to the lifestyle, to living a good life which wasn’t in line with being a professional footballer.’

Despite the actual truth, the reputation stuck ending Murray’s hopes of having the top level career he was expected to.

Still, he enjoyed what he described as a ‘positive career’ in League Two and the Conference featuring five promotions along the way.

That experience at Derby has given him a valuable insight into the pressures facing young players. 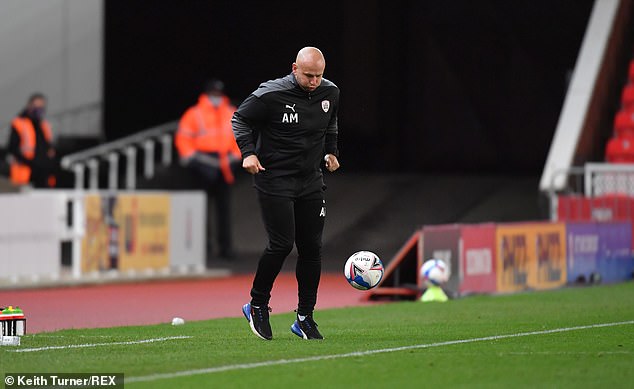 Murray can spot the warning signs and has since been able to help out those he can see straying into dangerous territory.

Coming through at Derby also allowed him to work under the late, great Jim Smith, his first manager, whose management skills have always stuck with Murray.

How his Derby career unfolded has also fuelled his desire to make a success of coaching.

‘When I got that itch for coaching I thought “this is my next opportunity to be the best I can be,” he said. ‘I learned from the errors I made as a young man and I want to make sure I get as high as I can as a coach. Sometimes you do have to hit rock bottom for clarity to set in.

‘At some point I do want to be a head coach again but I’m in no rush for that. I’m still enjoying taking little bits, adding them, changing them and doing what I need to do because the next time I make a move into a permanent head coach role I’m going to make sure I’m 100 per cent in my own mind about what I want to do.’

Along with Smith and Wilder – ‘working under him tactically and as a man manager was an unbelievable learning experience’ – Arsenal assistant and his former Rams coach Steve Round has been another big influence.

So too has Austrian Gerhard Struber, whose Barnsley departure led to Murray being appointed caretaker for a second time. He has led them to two draws so far though how long he remains in charge for is unclear.

Murray said: ‘Coming from a background and culture where everything is focused on detail, efficiency of everything, the style, the high press and counter-pressing, we have that here anywhere but with the detail he took it to the next level. He has given me a real energy about the tactical side of the game.’

Murray has already been a first-team manager twice. Firstly at Mansfield, where he became the youngest manager in the top four divisions aged just 33 in 2014, leading them to their highest finish in 14 years, then at non-league Boston United.

Looking back, he feels neither opportunity was totally the right one at the right time but ‘those learning curves have put me in a better place because now I’m a lot more clear in my own vision of the game and how I want it to be played.’

With honesty, selflessness and togetherness, high intensity energy and pressing, possession, penetration, power and purpose, Murray explained, before adding: ‘I would want someone to look at my team and be able to put clear words on to label it not say ‘I’m not really sure what they do.’

‘As a coach you need that clarity in your own mind for people to be able to see it.’

After all he has experienced in football and the managers he has worked for, Murray certainly has that now.

The European Union is set to propose a fresh alliance with the United States to rebuild its relationship with the country after Trump...
Read more

The photo of a doctor comforting an elderly coronavirus patient who missed his wife on Thanksgiving highlighted the emotional toll of the pandemic...
Read more
Load more