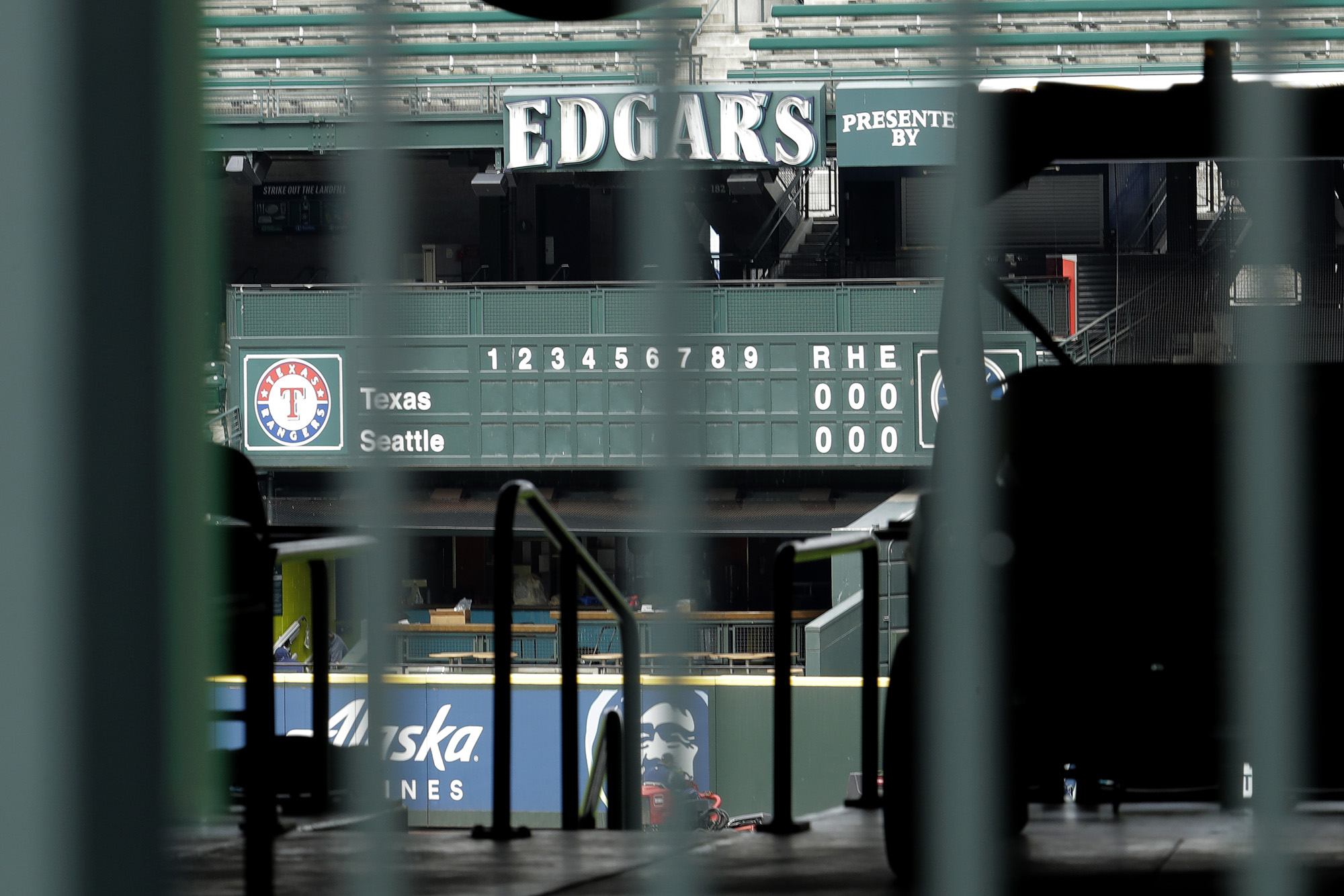 What the hell are we doing here?

Are Rob Manfred and Tony Clark still cursing the day the other was born? Are owners still crying poverty? Are players still lathered up over their counterpart’s wrongdoings of the past decade?

Or might we pay attention to what’s actually going on in our screwed-up country?

Forget about 60 games versus 70 games versus 48 games. How about zero games? How about Major League Baseball and the MLB Players Association calling a timeout, in the wake of increasing bad news on the coronavirus front, to investigate more tangible ways it can honor its status as a social institution besides arguing?

How about honoring this MLB statement, made on April 7: “The health and safety of our employees, players, fans and the public at large are paramount, and we are not ready at this time to endorse any particular format for staging games in light of the rapidly changing public health situation caused by the coronavirus.”

That should still hold, no? The pandemic hasn’t gone away since then. It just relocated to states that bought into the “cure can’t be worse than the disease” garbage. Two of those states, Arizona and Florida, followed that mantra and reopened aggressively, and lo and behold, they lost a nice chunk of business on Saturday as MLB and its teams, taking full note of the spiking numbers in the Cactus and Grapefruit League homes, decided to hold all “spring trainings,” in the event they actually happen, at their respective home ballparks, with N.Y. Gov. Andrew Cuomo personally announcing the news about the Yankees and Mets. Amazing, isn’t it, that our local squads would be safer in The Bronx and Queens than Tampa and Port St. Lucie?

To underline that reality, The Post’s George A. King III reported on Saturday that four Yankees employees, all based at the organization’s Tampa headquarters, had tested positive for coronavirus. Which came a day after news of an outbreak with the Phillies in nearby Clearwater and a scare with the Blue Jays in nearby Dunedin as well as one with the Giants out in Scottsdale, Ariz.

Suddenly, the suspense of how the PA’s executive board will vote on the owners’ 60-game concept feels as ephemeral as the last 10 minutes of a “Bull” episode. Each of the board’s 38 members should receive a ballot with these choices: 1) Yes; 2) No or 3) It Doesn’t Make a Difference. (It’ll very likely be No, by the way.)

This headache hardly hits baseball exclusively. The NBA’s bubble plan for Disney World doesn’t look foolproof given the problems in the Sunshine State, and Dr. Anthony Fauci, the universally respected director of the National Institute of Allergy and Infectious Diseases, has publicly cast his doubts over the viability of the NFL this fall. Athletes all over are contracting COVID, and before you spout statistics about the unlikelihood of people in this age group dying from this disease, I’d like to offer you a free case of pneumonia. Go ahead, try it! How bad can it be?

My humble proposal: Hit the pause button on these talks at least until the 30 clubs all get clearance to reopen their development complexes. That could be as short as a few days. Just take a moment to recognize the gravity of this situation — and, by implication, the folly of these heated negotiations over money — and use the downtime to resume the sort of activities both sides did back in March and April: Thanking first responders, supporting folks who have lost their jobs, addressing ticket holders’ refund concerns and so on. Doing some good for the world.

If the pandemic only gets worse, then the season wasn’t meant to be, anyway. Maybe in time, without a 50ish-game season featuring bells and whistles like tie games and a 16-team playoff, fans would forget how the player-owner tension turned into a dumpster fire, threatening the sport’s viability.

Because right now, it offends the senses to get excited about a training camp in the Big Apple. To deny the suffering that continues all over. To focus on anything besides the same crisis that put us here in the first place.