Bayern Munich star Thomas Muller called Atletico Madrid ‘the thugs of Europe’ after reacting to being booked in their 4-0 Champions League win.

The reigning European champions kicked off the perfect defence of their crown as they cruised to victory despite facing stern opposition in their opener, with Kingsley Coman, Leon Goretzka and Corentin Tolisso among the goals.

But early in the game at the Allianz Arena, Bayern forward Muller flew into a rage after he went into the book following a foul on Atletico right-back Kieran Trippier. 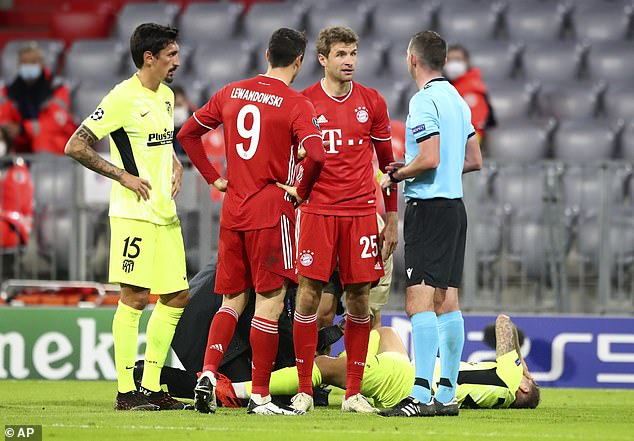 The 31-year-old was furious after the challenge in the first half, hitting out at Premier League referee Michael Oliver for handing him a yellow considering Atletico are ‘the thugs of Europe’, as reported by AS.

With the game being played in an empty stadium, it is claimed the German World Cup winner responded: ‘Are you kidding me? We are playing against the thugs of Europe and you give me yellow for that?’

Muller put in an impressive shift for the Bavarian side, providing the assist for Coman’s second goal and Bayern’s fourth to seal a thumping win.

Atletico have a reputation for being an aggressive, tough-tackling side under manager Diego Simeone, which has irked a number of sides coming up against them in LaLiga and Europe. 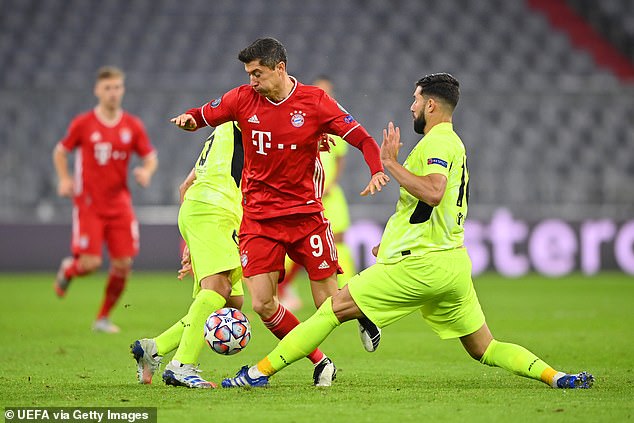 Atletico have a reputation for being an aggressive, tough-tackling side under Diego Simeone 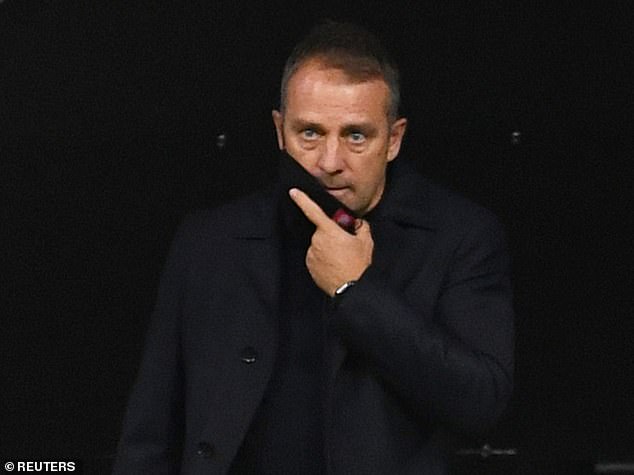 Bayern certainly showed plenty of aggression themselves as they martialed the Spanish side out of the game in a largely dominant affair, and manager Hansi Flick was pleased with how his players ‘showed their face’.

‘It can be said that we have been very physical, especially against this team that plays the ball very aggressive, and it was very important to show our face and show our quality,’ he said.

Oliver handed out six yellows – four to Atletico and two to Bayern. The home side committed eight fouls compared to the visitors’ 13.

Cuomo says he won't shut down all of New York City if only some neighborhoods have COVID problems despite Mayor Bill de Blasio...
Read more
Load more