Home U.S Beach trip ended in tragedy for couple and their son after cliff...
U.S

A family-of-three’s trip to the beach in the northeastern Brazilian state of Rio Grande do Norte ended in tragedy Tuesday when a section of a cliff collapsed and buried them under the sand.

Good Samaritans flocked to the spot of the accident on Pipa beach to remove the rocks, and discovered that Stella Souza was still holding her son in her arms, protecting him from the fallen rocks. 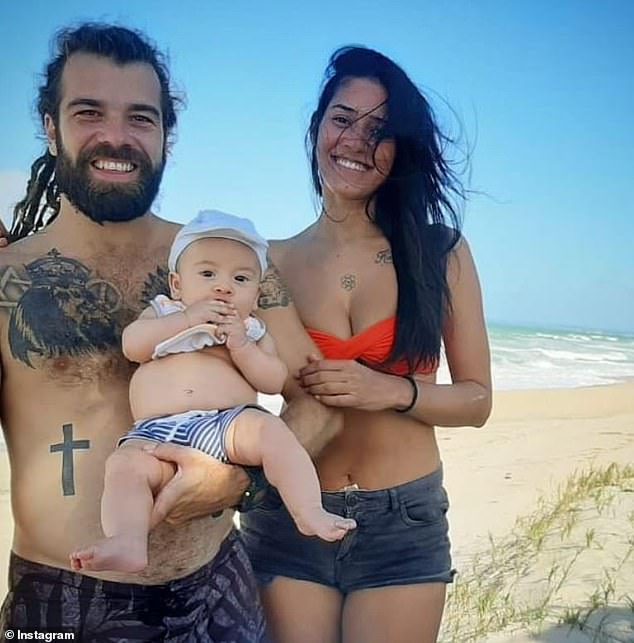 Hugo Pereira (left), his wife Stella Souza (right) and their seven-month-old son Sol Souza were killed Tuesday when a section of a cliff collapsed at a beach in Rio Grande do Norte, Brazil 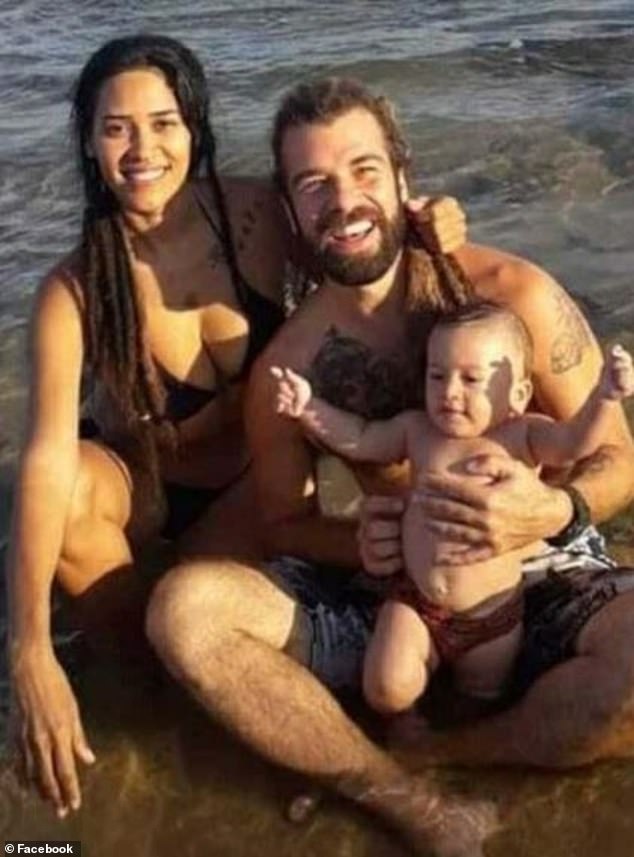 Witnesses at the beach said Stella Souza (right) was holding her son Sol Souza (right) in her arms when they were dug out from the rubble at Pipa beach on Tuesday in northeastern Brazil. Her boyfriend, Hugo Pereira (pictured rear right) was also killed 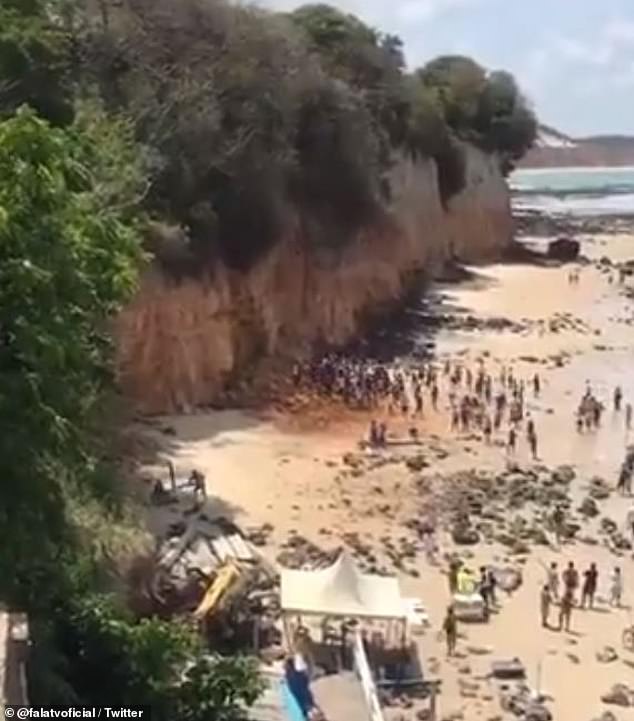 Igor Caetano, who operates a business at the beach, told Brazilian online portal G1 that Sol Souza was still breathing when the family was dug out of the rubble. A doctor who was nearby rushed over and attempted to revive the baby boy before he died.

The beach is located in the municipality of Tibau do Sul. High tides crashing against the cliff’s base had caused it to erode over time, forcing city officials to post warning signs of potential landslides.

Fábio Pinheiro, a city government spokesman, said the family had been advised of the potential risks of sitting near the cliff by an inspector moments before the tragedy. 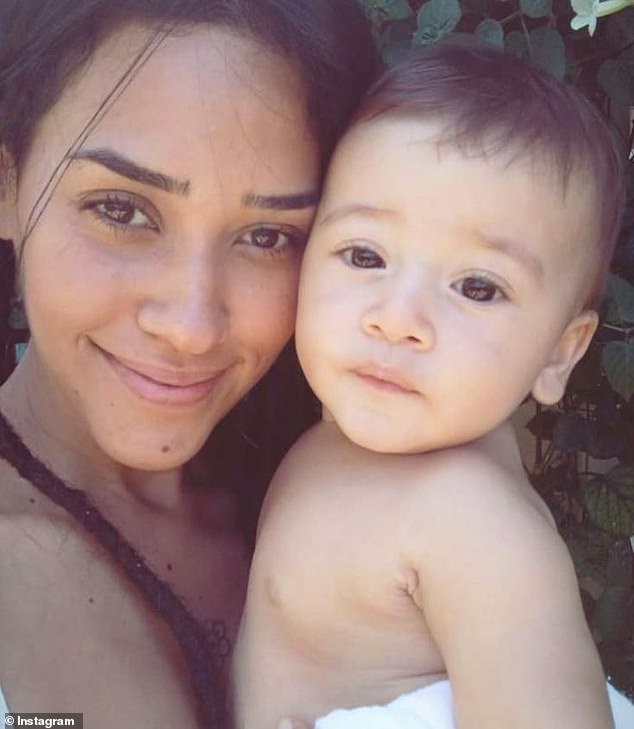 Stella Souza (left) was holding her son Sol Souza (right) in her arms when they were pulled out of the rubble. Sol Souza was breathing and a doctor attempted to save him before he died 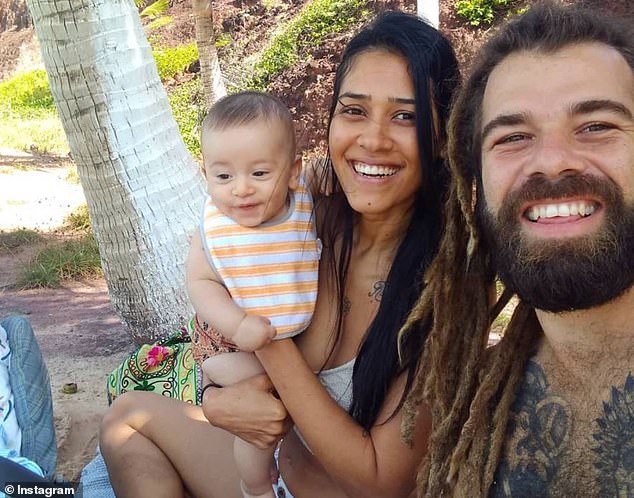 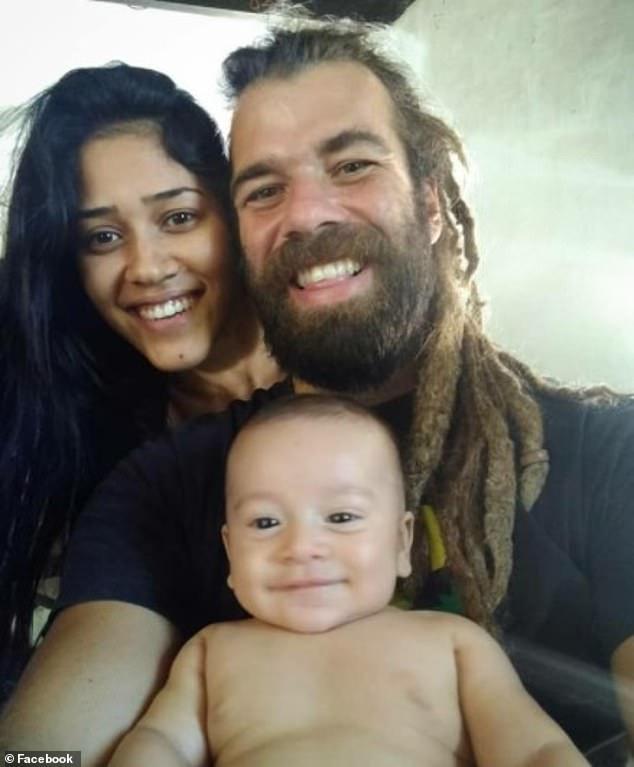 The Fire Department of Rio Grande do Norte has yet to provide a report as to what caused the cliff to collapse.

The couple met lived in the Praia do Amor neighborhood near Pipa beach and were enjoying their day off before tragedy struck.

Hugo was employed as the manager of Morada da Brisa, a holistic hotel in Pipa, and had garnered national attention for his travels around the country in a minivan.

Stella, who also leaves behind a second son from a previous relationship, was studying psychology at a local university. 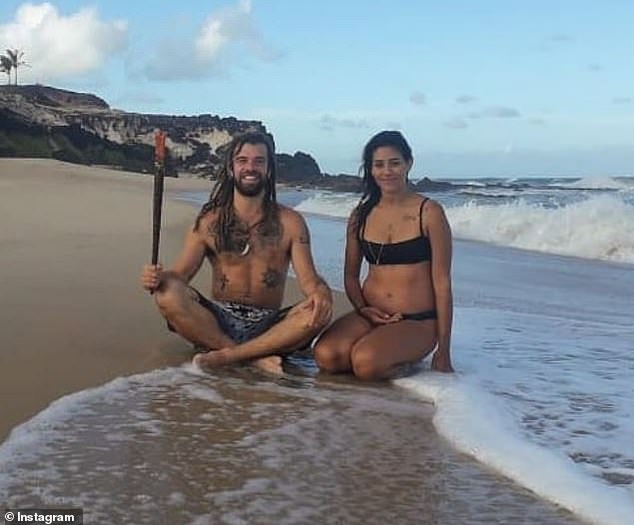 Hugo was open about the love and respect he had towards his wife Stella. ‘I caught the most beautiful mermaid, the most beautiful soul,’ he wrote in an Instagram post in November 2019. ‘We planted a little seed and it is germinating … I promise a lot of love’ 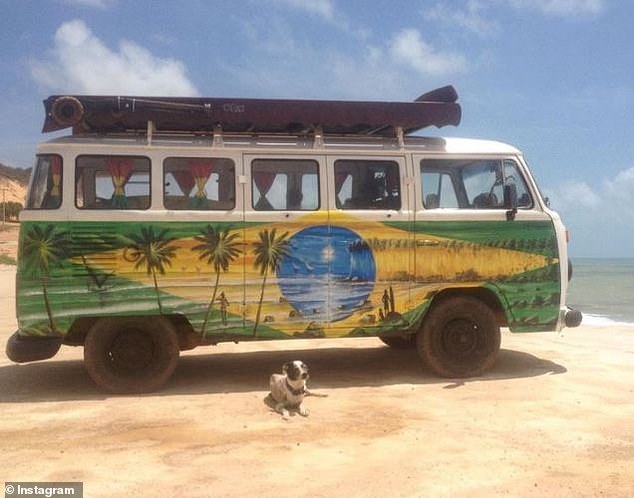 Hugo garnered national attention after he quit his job as a coordinator and traveled across 24 Brazilian states and five continents accompanied by his dog, Brisa (pictured), who passed away in 2018 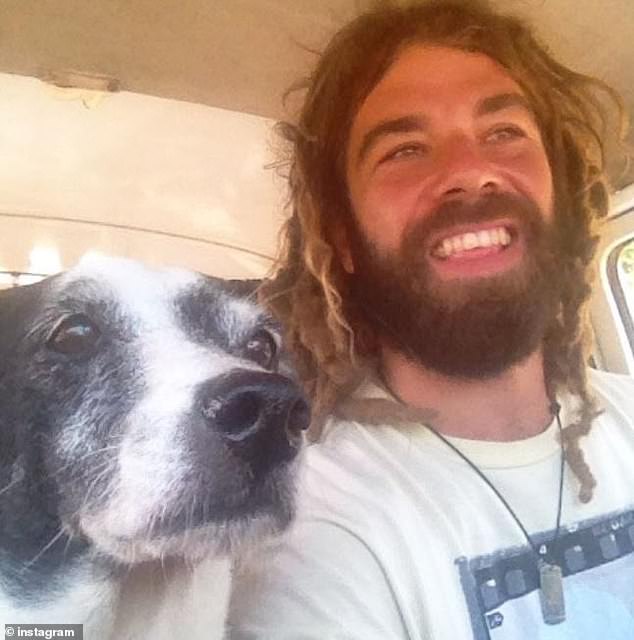 Hugo Pereira pictured his pet dog Brisa, who died in 2018 following countless trips across 24 states in Brazil and five continents

Hugo, Stella and Sol were laid to rest Wednesday.

Sânzia Maria described the her daughter and son-in-law as a couple who ‘loved each other very much.’

‘They were very happy, a very happy family. Hugo was a wonderful man who took good care of Stella and Sol. They were people who only left happiness,’ she said.

In November 2019, he posted a photo a pregnant Stella with him lying on the shoreline of a local beach.

Prior to meeting the love of his life, Hugo garnered national attention after he quit his job as a coordinator and traveled across 24 Brazilian states and five continents accompanied by his dog, Brisa, who passed away in 2018.

“Hugo was a spectacular human being, always with a smile on his face, high spirits, he was very happy to be a father,’ said Pedro Holanda, the manager of the hotel where Hugo worked at. ‘He was a very family guy, he loved animals, nature. He was an enlightened human being. We are dismayed  and do not understand why all this is happening.’

San Francisco Mayor London Breed says it is 'fair' to criticize her after she was spotted dining out last month.According to the San...
Read more
U.S

Jordan North and Giovanna Fletcher faced an agonising wait in the final moments of the I’m A Celebrity…Get Me Out of Here! final...
Read more
Load more