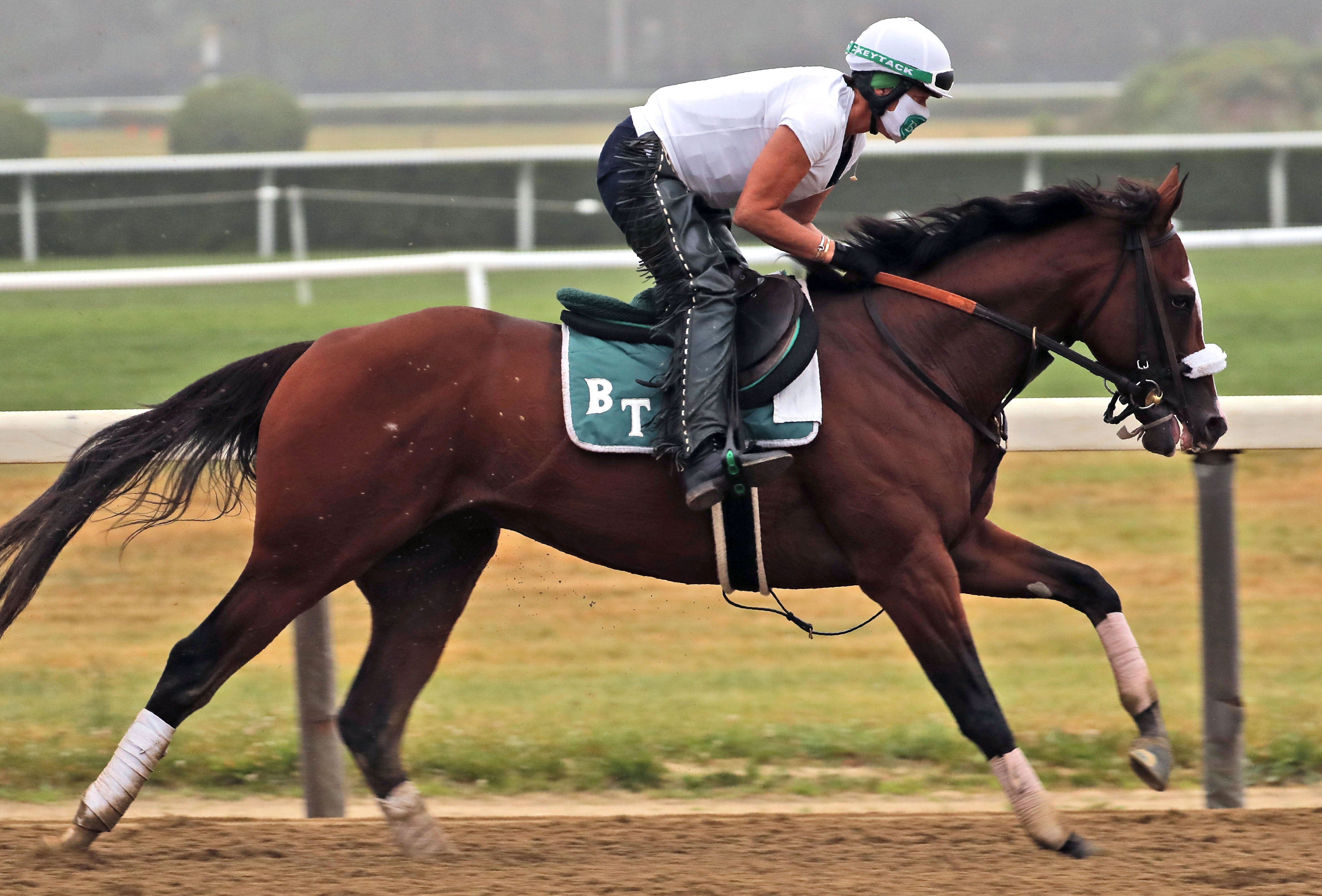 Seven weeks late and nearly 800 miles away from the time-honored traditional beginning, the first leg of the 2020 Triple Crown has finally arrived.

In this coronavirus-modified year of horse racing, the last shall be first, and shortened, as the Belmont Stakes is set to run Saturday (post time 5:42 p.m.) at 1¹/₈ miles. Normally known as the “Test of the Champion,” for its 1½-mile dash at the end of a grueling five-week stretch, the New York jewel’s 152nd edition will be unlike any before it. The pageantry and fans may be missing, but the return of big-time racing will still be a welcomed sight for those involved.

“We never dreamed we’d find ourselves at the Belmont being the first leg of the Triple Crown, but it’s pretty cool to be someone that races in New York year-round and have it right here on our home court,” said Linda Rice, trainer of Max Player.

There has been no Kentucky Derby or Preakness to set the stage for the Belmont Stakes and a potential Triple Crown clincher, but Tiz the Law will enter the day as the prohibitive favorite (6-5 morning line). The 3-year-old from Sackatoga Stables, the only multiple graded stakes winner in the field, is vying to become just the fourth New York-bred horse to win the race, and the first since Forester did it in 1882.

Tap It to Win and Fore Left are the speedsters who could set the pace early in the one-turn race, with Tiz the Law and Dr Post right there in a stalking position, while Sole Volante, Max Player and Farmington Road are among the closers of the group. But given all the uncertainty and irregularity in racing and training schedules leading up to Saturday, what’s expected may get turned upside down once the gates fly open.

Tiz the Law last raced on March 28, winning his second Grade 1 stakes, but veteran trainer Barclay Tagg was at peace with the long layoff.

“There wasn’t a whole lot we could do about it, for one thing,” Tagg said. “The other thing, nothing seems to faze him in any way. I asked him this morning, he said, ‘Don’t worry about it.’ ”

A win with Tiz The Law would give Tagg and Sackatoga Stables some redemption 17 years after their last fateful Saturday in Elmont. They teamed up with Funny Cide in 2003 and were a Belmont Stakes win away from the Triple Crown, but finished third on that rainy June day. A win Saturday wouldn’t make up for that, but for the group with a small stable, getting back to this stage is anything but a given.

“It means a lot,” Tagg said. “We don’t get top contenders all the time. He seems like a nice horse. Hopefully he’s as good as we hope.”

Manny Franco will be making his Belmont Stakes debut riding Tiz the Law, but Tagg isn’t worried about the 25-year-old buckling under pressure — even if just four of the last 20 Belmont Stakes favorites have actually won the race.

“He’s gonna have a lot more pressure on him if he does something wrong,” Tagg said with a chuckle. “We love Manny, Manny’s been good to us. He’s a very, very good rider.”

The Belmont Stakes — which was originally scheduled to run June 6 — is one of 12 races set for Saturday, with the Grade 1 Woody Stephens, Grade 2 Pennine Ridge, Grade 3 Wonder Again, Grade 1 Longines Acorn and Grade 1 Jaipur all on the docket.

The day may look, feel and sound different, but when 5:42 p.m. rolls around, the Triple Crown will finally be underway.