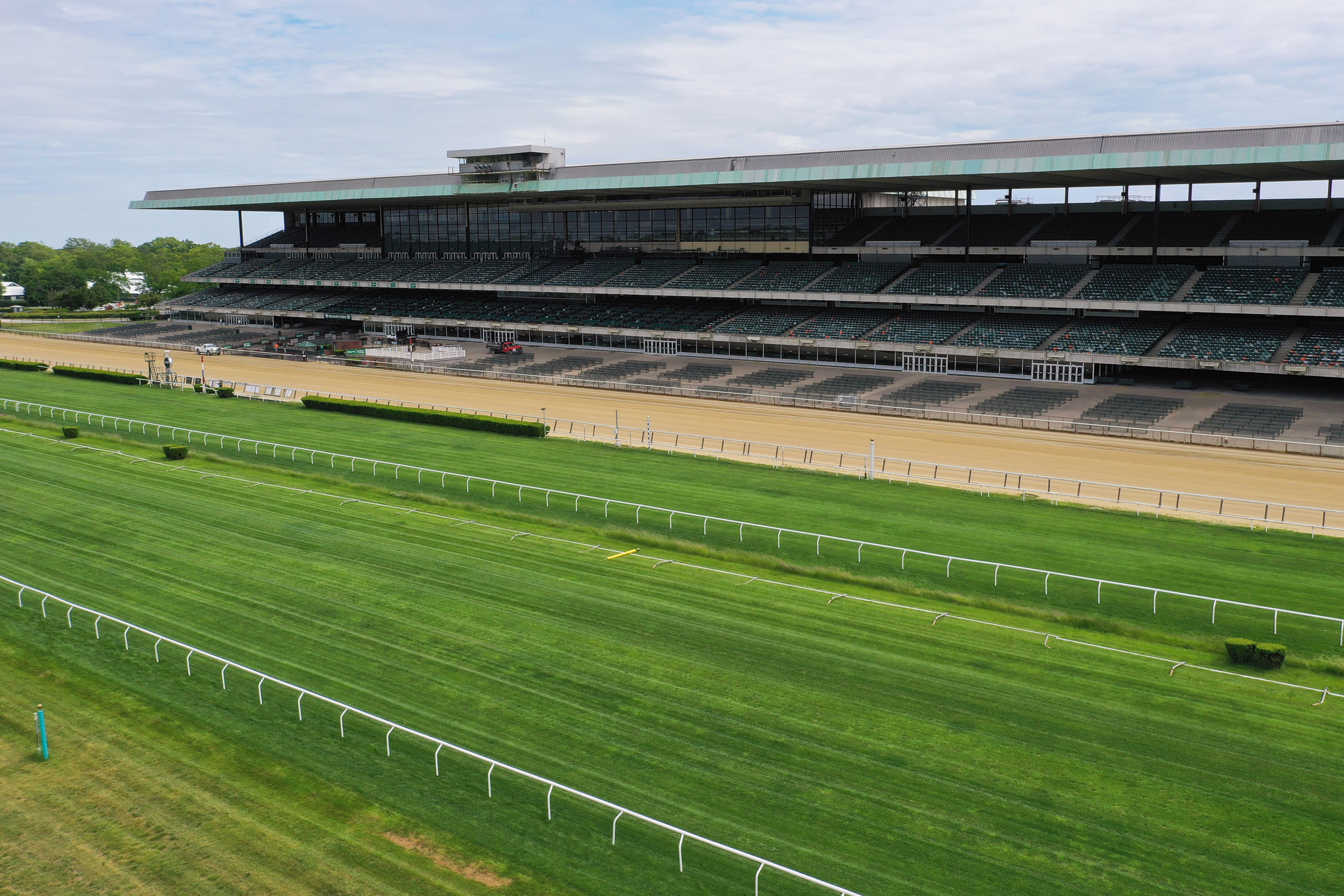 There won’t be a soul on their feet as the beautiful animals come stampeding toward the finish line, and there won’t be any giant roar to rise up and explode out of Belmont Park and onto Hempstead Turnpike.

If you have been screaming yourself hoarse for a real live New York sporting event since the pandemic turned the world upside down, you will have the horses.

Pete Alonso won’t be swinging a bat until sometime next month … barring strike three on the MLB season, and Jacob deGrom and Gerrit Cole won’t be tormenting hitters. LeBron won’t be taking his talents to the Orlando bubble until late next month. Artemi Panarin won’t be skating in an NHL hub city until next month.

Socially distanced for what feels like an eternity from our professional sports.

Only television replays and fond memories and a hope for some return to normalcy during a turbulent time in the nation’s belated march toward equality for all.

But at least and at last an oasis in the desert of despair and despondency.

And a parched New York sports crowd eager to drink it up.

And so at 5:42 p.m. on Saturday, 10 horses will be in the starting gates for a unique and historic Belmont Stakes, because the Kentucky Derby and Preakness are ahead of us when traditionally they are in the rearview mirror by now.

No one will be calling this Belmont Stakes The Test of the Champion. No horse will remind anyone of Secretariat. But one horse, and one jockey in the saddle atop him, will be paraded to the Winners Circle, where they will blanket the winner with white carnations, and the proud trainer will exult.

Virtual watch parties are better than nothing to watch at all.

“I’m very happy that they’re back racing in New York. I wish it could be with fans, but it’s a step in the right direction, and the Belmont’s a great tradition,” trainer Todd Pletcher told The Post. “First leg of the Triple Crown this year, and that’s hopefully gonna be the start of things opening back up in a good summer season for New York racing.”

Pletcher has won three Belmont Stakes — the filly Rags to Riches in 2007, Palace Malice in 2013 and Tapwrit in 2017 — and will miss the sound of 90,000 New York racing fans who always fill the track with passion and fever.

“It’s gonna be dramatically different,” Pletcher said, “but at the same time, I think it’s gonna get a lot of good television coverage, and hopefully an exciting race — one good thing about racing being one of the few sporting events going at the moment, hopefully regaining some viewers and creating some new viewers, and hopefully these are people that’ll stay hooked on racing and continue watching after things open up in other sports.”

Tiz the Law is the favorite, but Pletcher is a seven-time Eclipse winner, and Belmont is his home base. So you count out his entries — Dr Post and Farmington Road — at your own peril.

Dr Post is not named for the New York Post, but for Dr. Martin Post, an attending cardiologist at New York-Presbyterian/Weill Cornell Medical Center and a fellow of the American College of Cardiology and former chief of cardiology for the Eighth United States Army in Korea.

No wonder the horse has tremendous heart. The four-legged Dr Post may be inexperienced, but he sure didn’t seem to mind performing like a champ in front of no fans back on April 25 in the mile-and-a-sixteenth Unbridled Stakes at Gulfstream, and after chortling in the face of adversity after being jostled and bumped, you might have gone away thinking he could have won the race with Mushnick in the saddle instead of Irad Ortiz Jr.

All the better that it is defending two-time Eclipse champion Ortiz, the surprise 2016 Belmont victor on Creator and the top 2020 winner (147) and earner (more than $7.2 million).

The four-legged Dr Post was purchased as a yearling by the St. Elias Stable of Brooklyn-born Vincent Viola, owner of the NHL Florida Panthers and executive chairman of market-making firm Virtu Financial Inc.

“I like the way they’re both training,” Pletcher said. “They both breezed very well over the main track last week. It’s a tall order, and a lot of respect for Tiz the Law, but … our horses are coming in the race as good as we can hope for.”

On this big New York day, it is Swellmont.