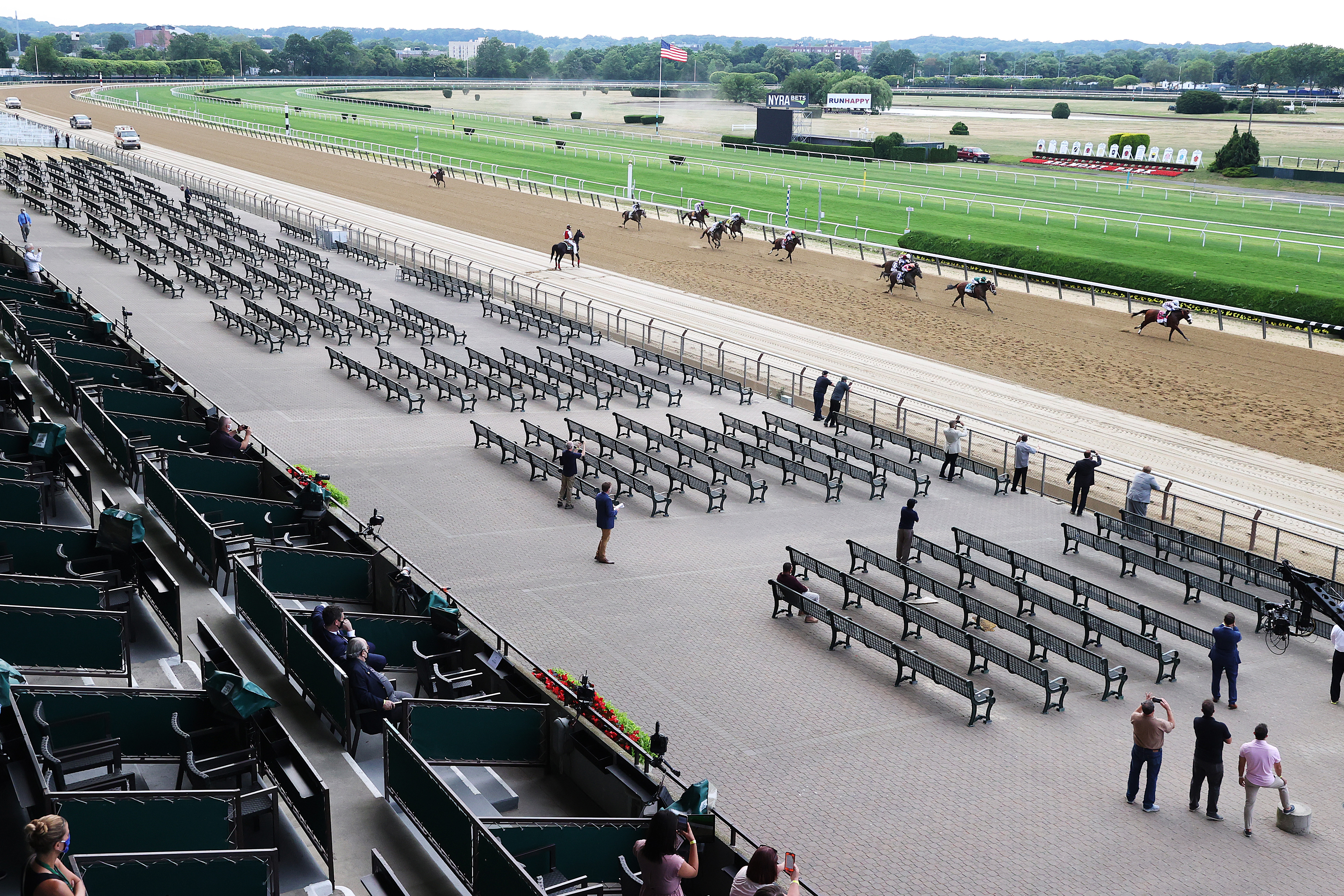 It may not have felt like it, looked like it or sounded like it, but the 10th of 12 races Saturday at Belmont Park was, in fact, New York’s jewel of the Triple Crown.

Though the raucous fans were missing, trainer Barclay Tagg didn’t seem to mind.

“Actually it’s very nice,” Tagg said after his horse, Tiz the Law, rode to victory in a largely quiet scene. “I can’t complain about that. I’m not trying to be a jerk about it, but I thought the quietude was very nice.”

Usually, trainers get worried about how their horses will react to the huge crowds that come with racing in the Triple Crown. But the coronavirus restrictions put in place this year meant no fans at Belmont Park, giving Tiz the Law a comfortable day to make history. Instead of being met by thunderous cheers as he trotted out of the tunnel, the 3-year-old was greeted by serenity that could have made it just another day at the track.

“When [the fans] are all there, your horse gets really nervous,” said Tagg, who came up just short of a Triple Crown with Funny Cide on a rainy day at Belmont in 2003.

“It’s just nice to see no commotion for a change. You work and work and work with these horses, and then you bring them over on Saturday afternoon and feel like everything’s falling apart because everyone’s screaming and hollering, stuff like that. Not that it’s not nice. You want to have people who are enthusiastic and all that. Still, from the other point of view, it’s very hard on the horses. It’s just nice to see them walking around the paddocks nice and comfortably.

“I’m not against the others, not at all. That’s what makes our horses go. Just for a change now, I don’t have any qualms about it.”

The most unusual of Belmont Stakes days went off without any apparent hitches, on a quiet, sun-drenched afternoon filled with face masks, gloves and as much social distancing as possible — the new staples of horse racing in the coronavirus era.

The victorious jockeys and trainers, after posing for a quick picture in a mostly empty winner’s circle, then went to a deck where they stood on taped X’s that were each 6 feet apart for the trophy presentation. Missing from the pictures were the owners, who, like the fans, were not allowed in. But they found their way to celebrate, as Jack Knowlton and his partners at Sackatoga Stables did at Pennell’s Restaurant in Saratoga Springs.

“It’s weird, because when you come out of the tunnel, you don’t see nobody,” Tiz the Law jockey Manny Franco said. “This is the moment we live in right now, so we gotta take it.”

Penguins can fire their faeces with such power they reach more...

Conversation over video is maddening. So take a lesson from literature’s...

Penguins can fire their faeces with such power they reach more...