By Chris Pleasance for MailOnline

Ben Carson has defended Donald Trump’s call to tear up Obama-era fair housing rules, saying it is not about pandering to racists but about giving states a choice.

Carson, secretary of housing and development, said the move is about reducing federal interference and passing decision-making back to local people.

Trump has been accused of stoking racial tensions for political gain, after he claimed that ending the rule would stop an ‘invasion’ of suburbs with low-income housing.

Ben Carson has defended Trump’s decision to tear-up Obama-era housing laws, saying it is about giving states and people a choice

Carson told Fox News: ‘The left brings everything back to identity politics… We want people to be able to have choice.

‘They can stay where they are, they can move, but let the people be the ones who make the decisions. That doesn’t mean we are backing off of civil rights.’

The Affirmatively Furthering Fair Housing mandate was introduced in 2015 by Obama to address decades of discrimination in housing markets.

In order to qualify for federal grants and housing aids, communities have to show that they have taken into account racial segregation in housing and taken steps to correct any imbalance.

Trump tweeted the news in July, writing: ‘I am happy to inform all of the people living their Suburban Lifestyle Dream that you will no longer be bothered or financially hurt by having low income housing built in your neighborhood.

‘Your housing prices will go up based on the market, and crime will go down. I have rescinded the Obama-Biden AFFH Rule. Enjoy!’

He later added: ‘The “suburban housewife” will be voting for me.

‘They want safety & are thrilled that I ended the long running program where low income housing would invade their neighborhood.’ 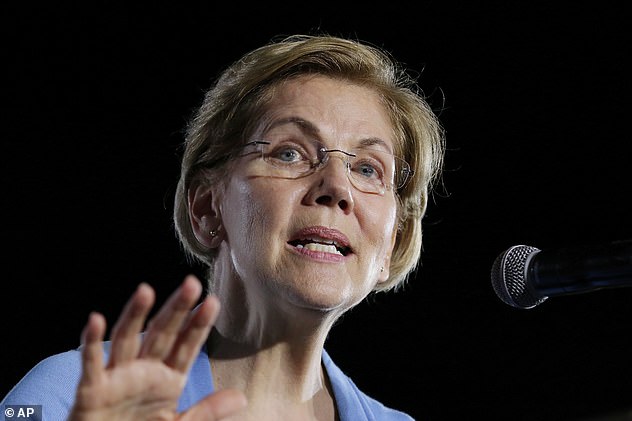 It was Trump’s use of the word ‘invade’ that prompted cries of racism from the left, including from former presidential candidate Elizabeth Warren.

‘Let’s be clear: the President is using racist fear-mongering to say he’s happy to dismantle civil rights in search of a political advantage,’ she said.

Trump is using the policy in an attempt to win back suburban voters who were key to his success in 2016, but moved away from him during the 2018 mid-terms.

Strategists fear that a similar move at the general election on November 3 could not only threaten Trump’s hopes of reelection, but also the survival of many House and Senate Republicans.

Biden currently leads Trump in nationwide polls by a wide margin, but his lead is narrowing in battleground states such as Florida and Michigan that were key to Trump’s victory in 2016.

Trafalgar Group chief pollster Robert Cahaly – one of the few to predict Trump’s shock victory four years ago – says the president is likely to be re-elected because most polls are missing ‘shy Trump’ voters who won’t publicly declare support.

‘There is a clear feeling among conservatives and people that are for the president that they’re not interested in sharing their opinions readily on the telephone,’ he said.

‘These people are more hesitant to participate in polls. So if you’re not compensating for this … you’re not going to get honest answers.’

Kevin Hart is defending the remarks he made about his teenage daughter's love life in his new Netflix standup comedy special Zero F**ks Given. In...
Read more
U.S