Joe Biden said he hopes Donald Trump has learned a lesson when it comes to holding big events ahead of plans for the president to host a massive swearing-in ceremony for his Supreme Court nominee Monday night.

‘I just hope he is willing to learn a lesson, and there will be significant social distancing. I don’t blame him for celebrating. There are a lot of things he can be doing without massive crowds,’ Biden said.

The Democratic nominee made his remarks during a surprise visit to a voter service center in Chester, Pa., on Monday – the same day President Trump held three campaign events in the state.

Biden pointed out that Trump’s announcement of Judge Amy Coney Barrett to be nominee for the Supreme Court became a super-spreader event. At least 13 people who attended the event later tested positive for COVID, including the president, first lady Melania Trump, and several senators.

‘When the president of the United States puts on these super-spreader events, you saw what happened when she was announced, all the people, including his family – thank god they seem to be okay – all the people came down with COVID,’ he said. 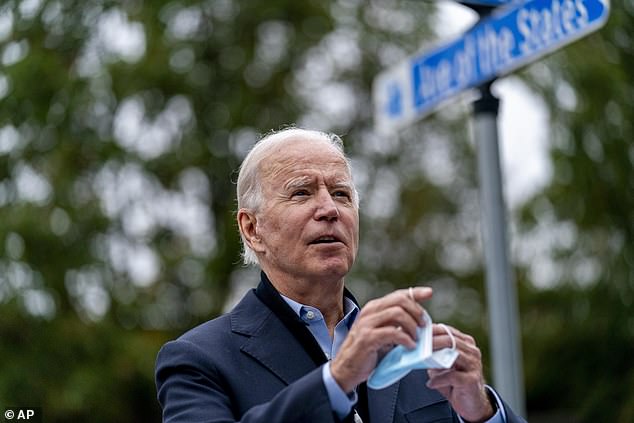 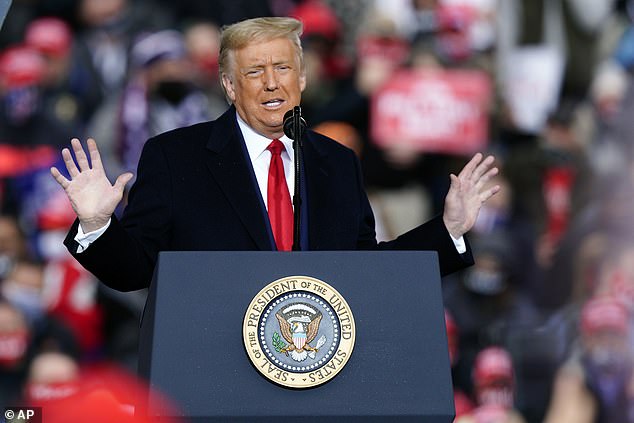 Biden offered a series of suggestions on how to make the event safer.

‘People should be tested first before they even show up, number one. Number two, they should be wearing masks. Number three, they should be socially distancing. Number four, it shouldn’t be a huge crowd whether it’s outside or not,’ he said.

The Senate is expected to confirm Barrett to the Supreme Court on Monday evening. She’ll replace the late Justice Ruth Bader Ginsburg, a lion of the left, and is expected to tilt the high court to the right.

The White House is already planning a celebration for Trump’s third nominee to the court. There were some reports it could happen late Monday night.

But senior administration officials told ABC News that the details are not finalized and that celebration could be moved to Tuesday.

There are concerns, however, a large event could lead to more COVID outbreaks. 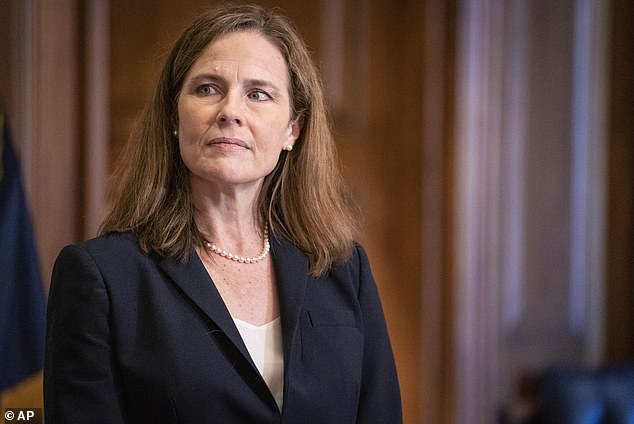 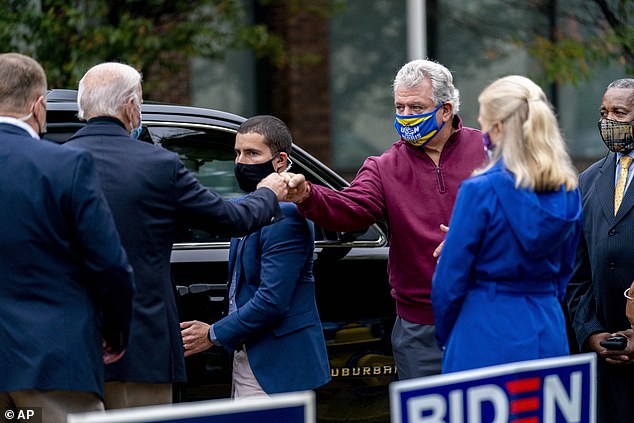 Joe Biden fist bumps a supporter during a surprise campaign stop in Chester, Pennsylvania on Monday 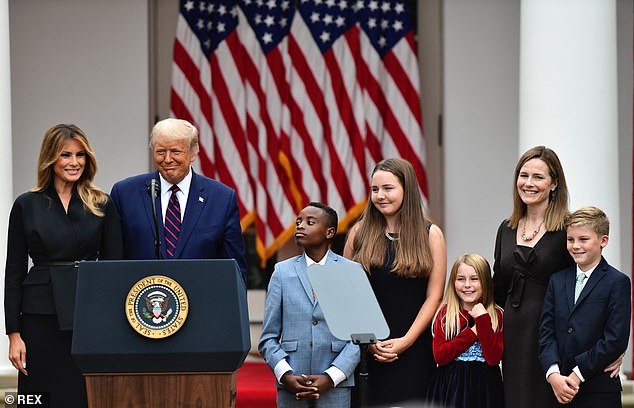 Vice President Mike Pence had five staffers – including his chief of staff and body man – test positive for COVID over the weekend. He and his wife Karen have tested negative but the vice president has kept up his campaign schedule, to great criticism.

His office argues he’s an essential employee but it appears Pence has bowed to political pressure and will stay out of the Senate on Monday night for Barrett’s confirmation vote. As vice president, Pence serves as president of the Senate.

‘We’re doing tonight the best we can to encourage as much social distancing as possible,’ he told reporters at the White House on Monday.

And President Trump said the celebration would be a rather small, ‘very nice event while he was campaigning in Pennsylvania on Monday.

Trump has ramped up his campaign schedule with eight days to go to the election. He and his staff have criticized Biden for doing fewer events.

On Monday, the president held back-to-back rallies in Pennsylvania, three of them.

Biden had no events on his schedule for Monday but made a pop-up appearance to talk to voters in Pennsylvania.

He said he has a packed final schedule but noted he was taking a different approach from the Trump campaign by refraining from holding large events due to COVID restrictions.

The president claimed when Biden saw he was doing three rallies, ‘he traveled from Delaware to a little tiny corner of Pennsylvania like right next to Delaware, and he made this speech, and he said that he doesn’t do these kinds of rallies, because of COVID,’ he said.

And then he went in for the kicker: ‘You know, he doesn’t do these because nobody shows up.’

His crowd of thousands of supporters cheered.