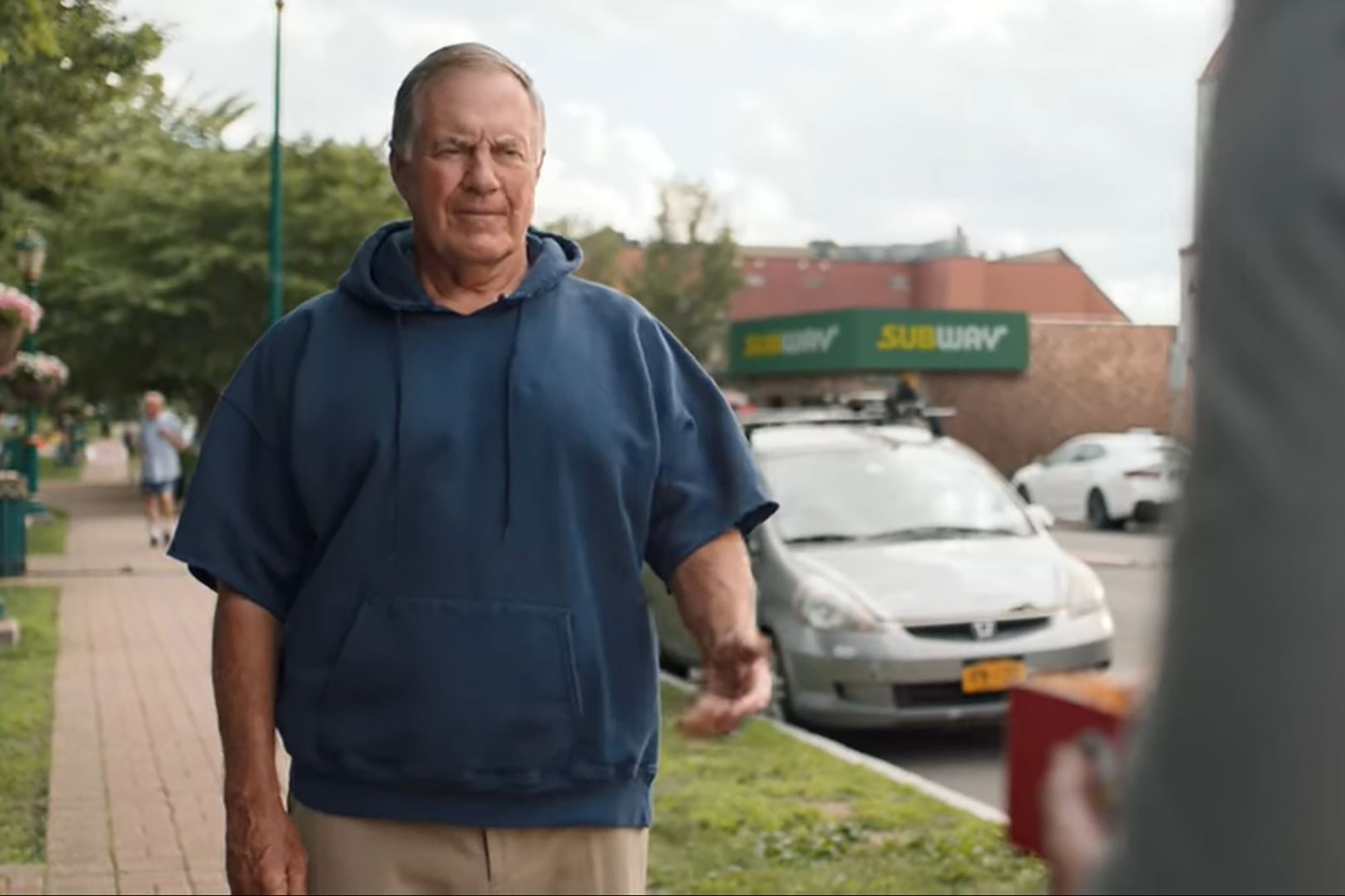 Bill Belichick is ready for his close-up.

Belichick, who has presented a tight-lipped, humorless front while leading the Patriots the past two decades, has put aside his distaste for the spotlight by starring in multiple Subway commercials. In one 30-second spot filmed in Branford, Conn., the legendary coach stays on brand by uttering only six words, but also breaks with his perception by throwing in a joke.

Upon seeing a man eating fast food, Belichick replies, “Really?” Then, the coach cuts off the sleeves of the man’s suit, so that it looks more like Belichick’s trademark hoodie.

In another six-second spot, Belichick is munching on a sandwich while sitting on a bench as a voiceover says, “This is the face of utter glee. Bill’s beaming from ear to ear as he enjoys footlong season at Subway.”

Earlier in the summer, the 68-year-old recognized how strange it was for him to be involved in such a project.

“I haven’t ever done anything like that,” Belichick said. “It was a fun commercial to do. And everybody loves sandwiches, so hopefully, they will be OK with it. I know I’m going to get killed in the rookie shows on this. I know that’s going to happen, but I’ll just have to swallow it.”