How to get rid of seagulls: Staring at the birds makes them MORE likely to flee, study finds

Seagulls notice where humans are looking — and flee faster when stared at, research into the behaviour of the food-thieving feathered fiends has found.

Researchers from Exeter found that they could get around 6.5 feet (2 metres) closer to the scavenging seabirds if they didn’t look directly at them while approaching.

Furthermore, the team found that younger gulls had the same reaction as their elders — suggesting the behaviour is either innate or learnt very quickly.

The team also confirmed that urban gulls are bolder than their rural counterparts — allowing humans to get closer and being more likely to walk, not fly, away. 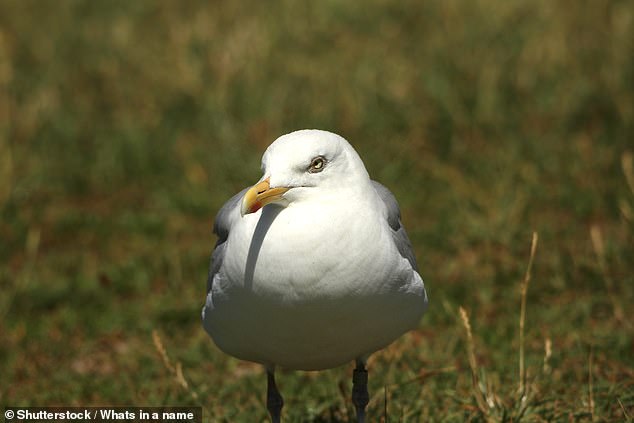 Seagulls notice where humans are looking — and flee faster when stared at, research into the behaviour of the food-thieving feathered fiends has found. Pictured, a seagull

‘Herring gulls are increasingly breeding and foraging in urban areas — and therefore have regular interactions with humans,’ said paper author and animal behaviour expert Madeleine Goumas of the University of Exeter.

‘We know from previous research that gulls are less likely to peck a bag of chips if a human is watching — but in that experiment the researcher either looked at the gulls or turned their head away.’

‘In our new study, the experimenter approached while facing the gull and only changed the direction of their eyes — either looking down or at the gull.’

‘We were interested to find that gulls pay attention to human eye direction specifically and that this is true for juveniles as well as adults  so their aversion to human gaze isn’t a result of months or years of negative interactions with people.’

Ms Goumas and colleagues conducted their study across Cornwall and focused on juvenile gulls less than a year old and adult gulls aged four or over — which were distinguished from each other by their respective brown and white/grey plumage.

The researchers also found that they could get an average of 8.2 feet (2.5 metres) closer to urban-dwelling gulls that their rural counterparts before they fled — with rural birds also three times likely to fly away when spooked, rather than walking. 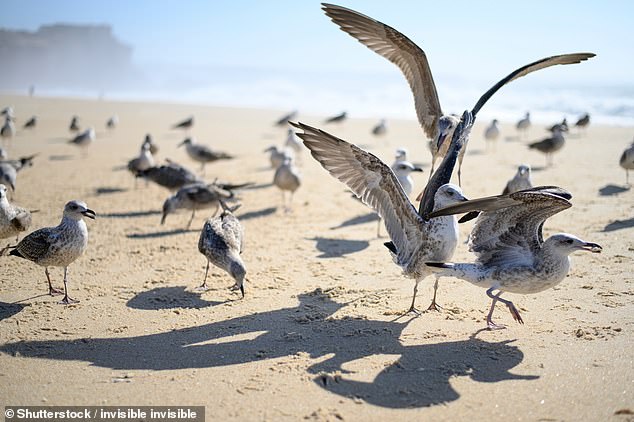 Researchers from Exeter found that they could get around 6.5 feet (2 metres) closer to the scavenging seabirds if they didn’t look directly at them while approaching

‘The growing number of herring gulls in urban areas may make them appear more common than they really are,’ Ms Goumas said.

‘The species is actually in decline in the UK and we hope our ongoing research into human-gull interactions will contribute to conservation efforts.’

The full findings of the study were published in the journal Animal Behaviour.

Lakers’ loss had LeBron James literally banging his head against the...