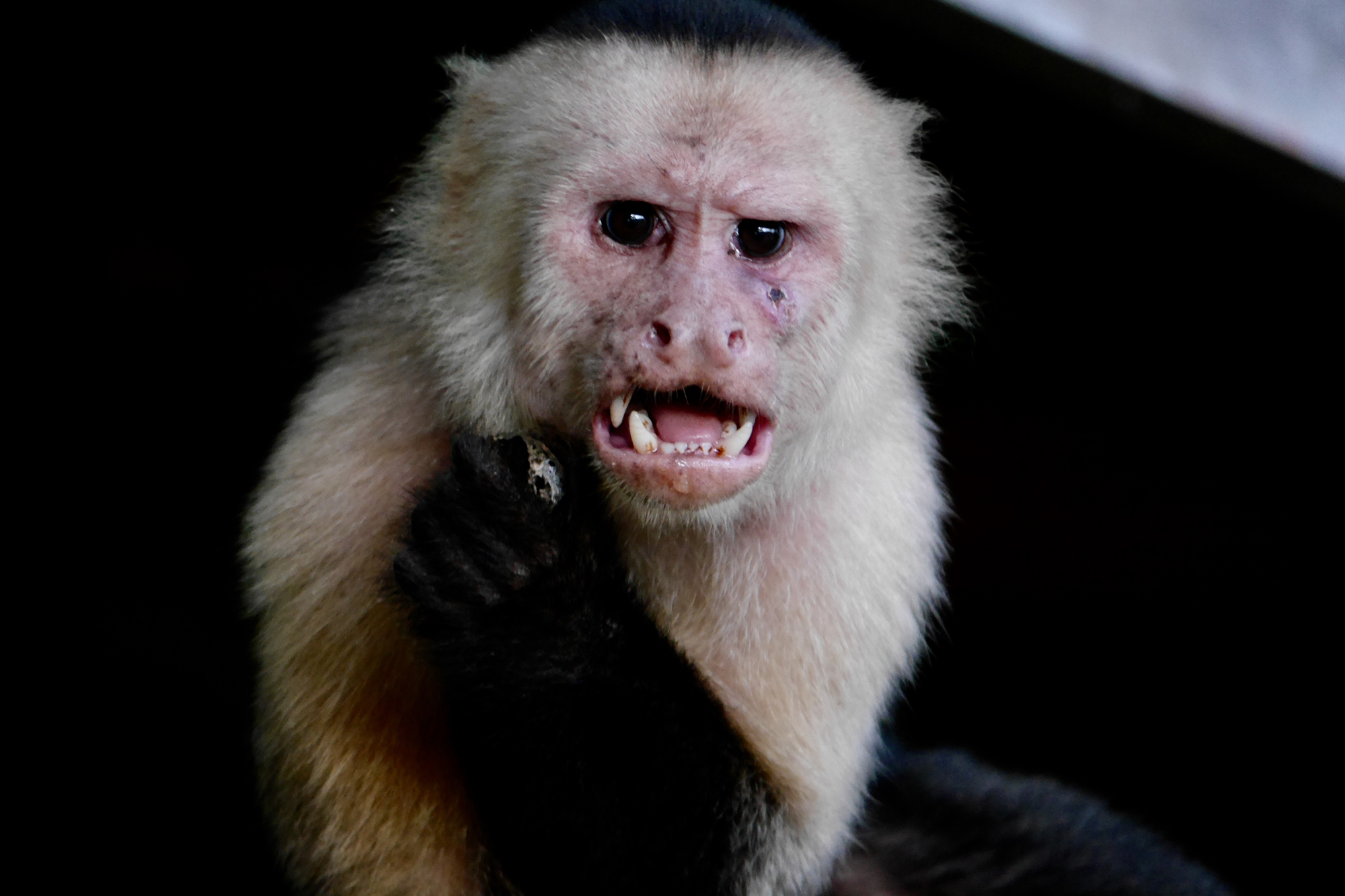 Neighbors in a small Tennessee town are being terrorized by a bloodthirsty pet monkey who keeps jumping on their cars and trying to bite them, according to a report.

During one attack, a woman said the pesky primate, who belongs to her neighbor in Church Hill, went ape by hurling itself into her vehicle and trying to chomp her on Oct. 15, according to the local station WBIR.

The unnamed gal called cops to report the animal, and a deputy later found hand prints in the car “consistent with a monkey,” the station reported.

A second woman, who lives across the street, said she recently had to fight off the same wild-eyed primate with a stick.

But the monkey snatched it, jumped on her car and ran back to its owner’s house — where she could hear the animal being scolded, she said.

Other neighbors told police the monkey business “has been an ongoing issue for quite some time,” said deputy, who was not named in the report.

The Hawkins County Sheriff’s office is now looking into whether it can file charges, according to the station.

“Unless it is a gorilla, orangutan, chimpanzee, gibbon, siamang, mandrill, drill, baboon, or Gelada baboon, it is not prohibited to be possessed by a member of the public and we would not regulate,” Matt Cameron of the Tennessee Wildlife Resources Agency told the station.

Not even a pandemic can mess with Christmas in Brooklyn. Lucy Spata, the longtime doyenne of the famous Dyker Heights holiday lights — which...
Read more
News

After receiving death threats, the funeral worker who posed for a selfie by the open coffin of Argentinian soccer legend Diego Maradona has...
Read more
News

Shoppers set a new record for spending on Black Friday, only this year, it was online. Nervous about the coronavirus, Black Friday shoppers avoided...
Read more