Italy advanced to the Nations League final four by beating Bosnia-Herzegovina 2-0 on Wednesday.

Andrea Belotti and Domenico Berardi scored in a game that Italy dominated to ensure they finished top of Group 1 and earned the right to host the Nations League finals in October.

Federico Bernardeschi also hit the crossbar late on with one of Italy’s numerous chances. 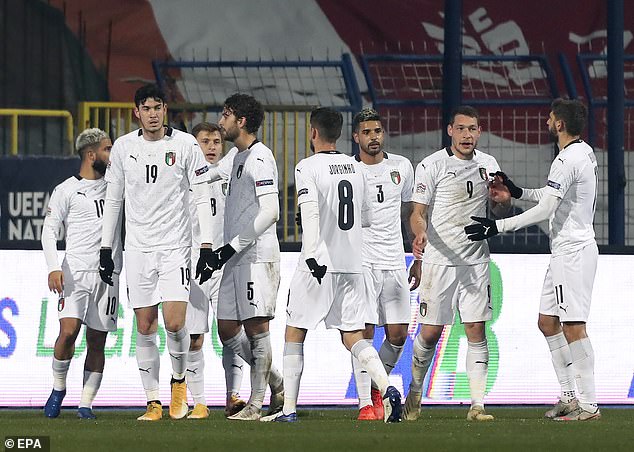 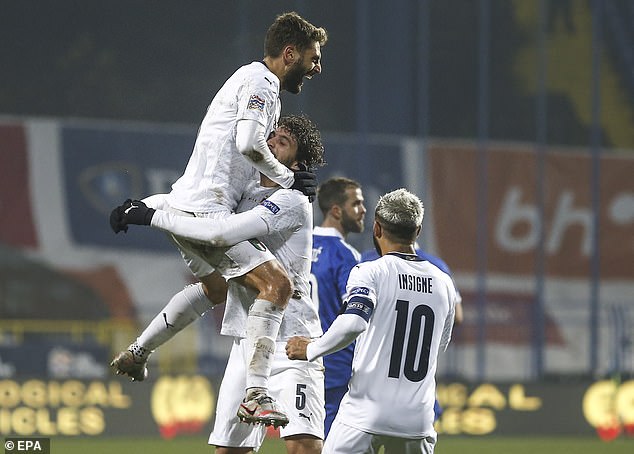 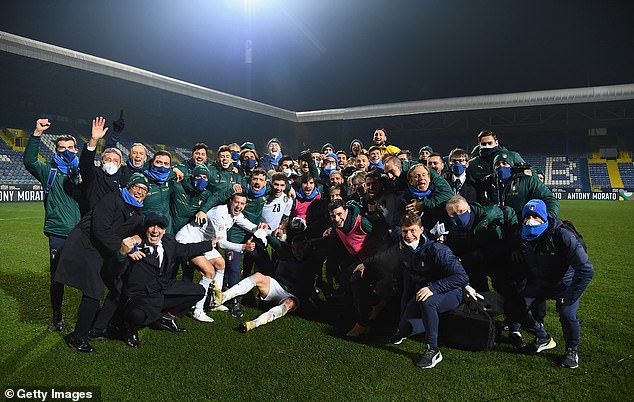 Italy finished a point ahead of Holland, who scored two late goals to win 2-1 in Poland. Bosnia were already mathematically relegated to League B.

Italy were beset with problems coming into the match. Boss Roberto Mancini and standout forward Ciro Immobile were still out with the coronavirus, and several more players were unavailable due to club quarantines and injuries.

Italy dominated from the start and opened the scoring in the 22nd minute. Manuel Locatelli sent Lorenzo Insigne down the left flank and he crossed for Belotti, whose volley looped over Bosnia goalkeeper Kenan Piric. 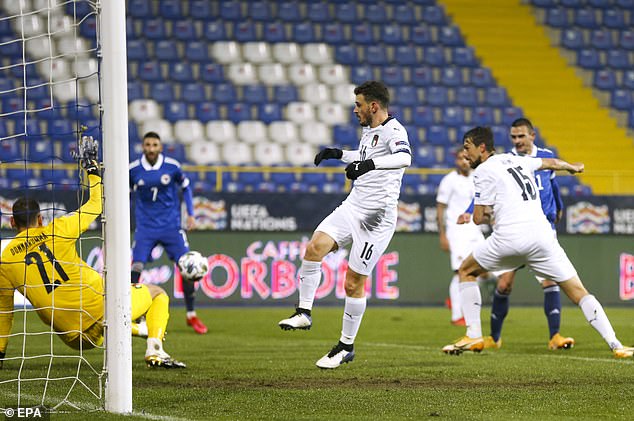 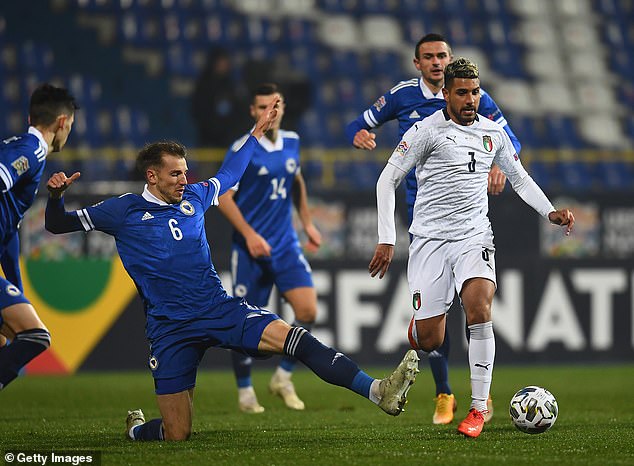 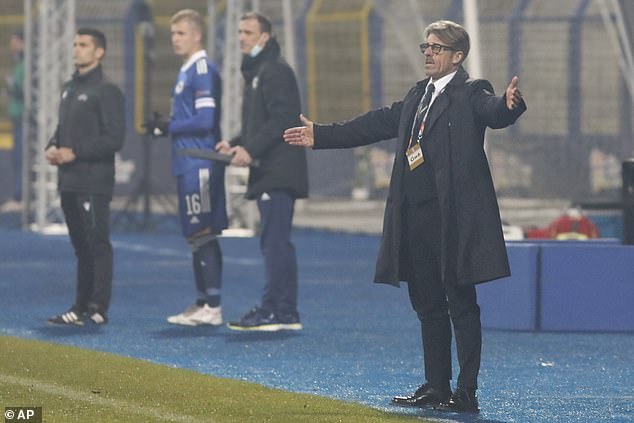 Bosnia almost levelled shortly before halftime but Italy goalkeeper Gianluigi Donnarumma pulled off a great save at point-blank range to deny Smail Prevljak.

Moments later Italy could have doubled their lead but Lorenzo Insigne’s curled finish skimmed the outside of the far post.

Italy were creating chances but lacked the finishing touch. On the hour mark it was Francesco Acerbi’s turn to miss the target as his effort flashed across goal and just wide of the right upright.

The Azzurri finally doubled their lead in the 68th as Locatelli sent a ball over the top for Berardi to volley into the bottom right corner.

The mother of a Florida teenager who was shot and killed by a sheriff’s deputy this month was wounded at his burial service...
Read more