Boston becomes the second largest city in the US to ban facial recognition software, citing concerns that the technology is ‘racially discriminatory’ and threatens basic rights

Boston will become the second largest city in the US to ban facial recognition software for government use after a unanimous city council vote.

The ordinance will also bar them from working with any third party companies or organizations to acquire information gathered through facial recognition software. 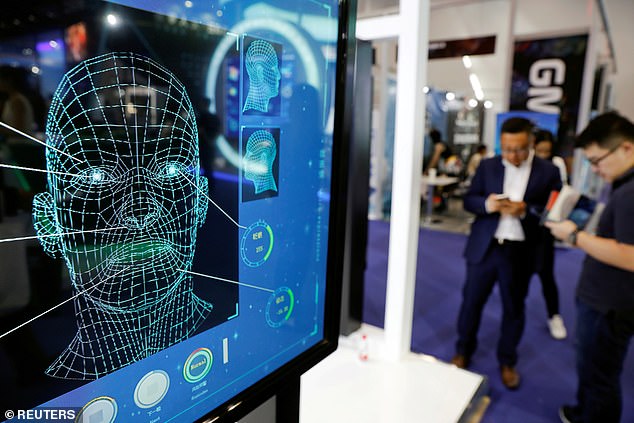 The ordinance was co-sponsored by Councilors Ricardo Arroyo and Michelle Wu, who were especially concerned about the potential for racial bias in the technology, according to a report from WBUR.

‘Boston should not be using racially discriminatory technology and technology that threatens our basic rights,’ Wu said at a hearing before the vote.

Wu and Arroyo cited a recent MIT study that showed facial recognition error rates for women with darker skin can be as high as 35%.

‘[I]n a time where we’re seeing so much direct action in the form of marches and protests for rights, any kind of surveillance technology that could be used to essentially chill free speech or…more or less monitor activism or activists is dangerous,’ Arroyo said.

In early June, Boston Police Commissioner William Gross said the department had no plans to use facial recognition in law enforcement and would wait for evidence the technology was less biased before considering it.

The ordinance will have a few minor exemptions – city officials will be allowed to use facial recognition to unlock smartphones or laptops issued by the city. 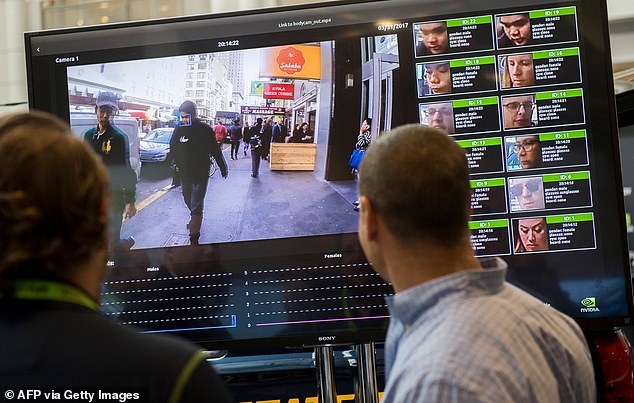 They’ll also be allowed to use facial recognition software to blur or otherwise redact faces to protect people’s identity in official documents or other materials.

However, the ban won’t prevent private businesses from using facial recognition software in and around Boston.

That includes JetBlue, which began using facial recognition software in 2019 to match passengers departing from Boston Logan International Airport with photos on-file with the Department of Homeland Security.

In recent months, a number of businesses have distanced themselves from facial recognition programs as negative public perception has mounted. 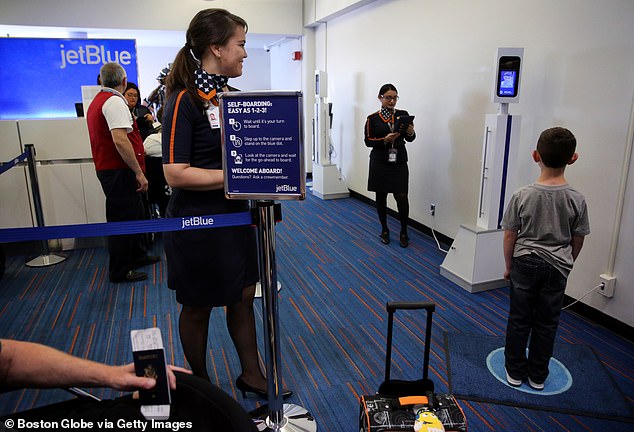 Amazon announced it would suspend facial recognition services provided to police departments around the country for the next year.

IBM announced it would stop developing its own facial recognition software, while appealing to lawmakers to establish clearer guidelines on how the technology might be used.

‘We believe now is the time to begin a national dialogue on whether and how facial recognition technology should be employed by domestic law enforcement agencies,’ IBM CEO Arvind Krishna wrote in a letter sent to congress.

Boston City Councilor Liz Breadon argued that there might be some fundamental conflict between facial recognition software and basic civil rights.

‘Surveilling our population at large and doing facial identification is not necessarily the way we want to go in a free society,’ Breadon said.

HOW DOES FACIAL RECOGNITION TECHNOLOGY WORK?

Facial recognition software works by matching real time images to a previous photograph of a person.

Each face has approximately 80 unique nodal points across the eyes, nose, cheeks and mouth which distinguish one person from another.

A different smart surveillance system (pictured) can scan 2 billion faces within seconds has been revealed in China. The system connects to millions of CCTV cameras and uses artificial intelligence to pick out targets. The military is working on applying a similar version of this with AI to track people across the country

This produces a unique numerical code that can then be linked with a matching code gleaned from a previous photograph.

A facial recognition system used by officials in China connects to millions of CCTV cameras and uses artificial intelligence to pick out targets.

Experts believe that facial recognition technology will soon overtake fingerprint technology as the most effective way to identify people.

Tax POLL: Would you support rise in tax to pay for...