By Maxine Shen For Dailymail.com

A man was caught on camera brazenly stealing a mattress from a San Francisco Walmart during a news report about rampant shoplifting at that same location.

Inside Edition cameras were at the Walmart location near Jefferson Square Park, doing a report about how excessive shoplifting had stripped shelves bare, leading to the company shutting down the location on November 11.

While cameras were rolling earlier in October, a man in a balaclava was seen jumping over the seemingly unmanned cash register counter and stealing an inflatable airbed, Inside Edition said. 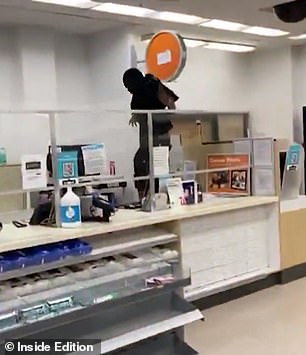 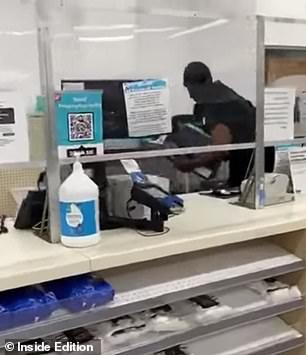 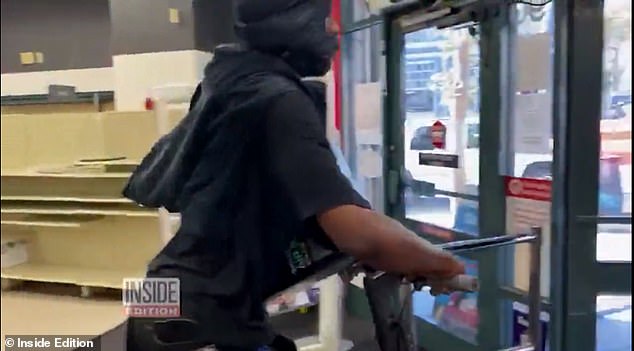 A woman is then seen holding the store door open for the man makes a leisurely getaway on an electric scooter.

The San Francisco Chronicle reported that earlier in the month, when asked where all the products normally on the shelves had disappeared to, a clerk at the same store had said: ‘Go ask the people in the alleys, they have it all.’

The newspaper reported that shortly after the clerk spoke, a man in a coronavirus-style face mask walked in, filled his bag with two shelves worth of snacks and left the store. As he walked past the checkout line, a paying customer was heard shouting: ‘Sure you don’t want a drink with that?’

The newspaper reported that there are two homeless encampments across the street from the Walgreens and that both the encampments and then thefts were being discussed by the community prior to the coronavirus lockdown in March.

Locals told the newspaper that a squad car and two officers were posted outside the Walgreens for a while, which appeared to deter shoplifters. But, when pandemic needs required officers to go elsewhere, the thievery was said to have returned at full force. 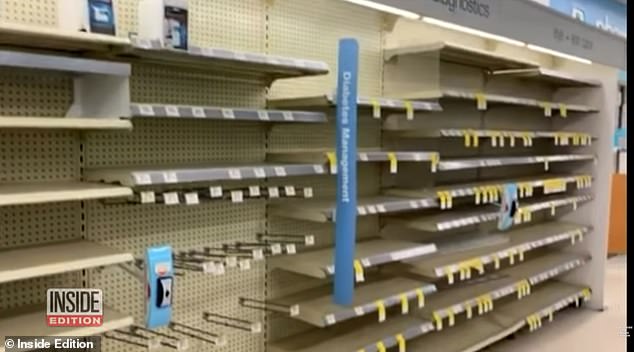 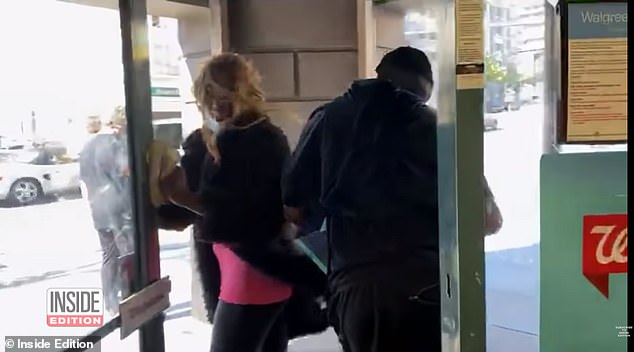 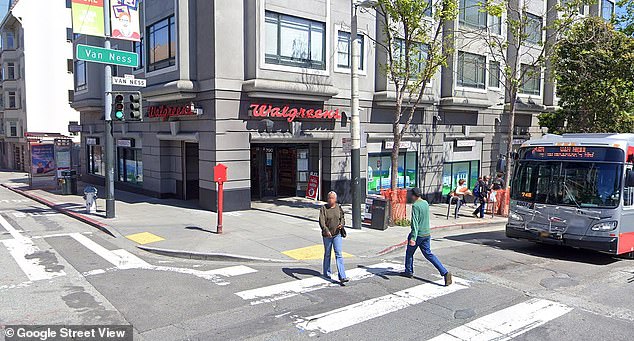 The Walgreens location (pictured) has been the routine target of shoplifters in recent months. A CVS nearby has managed to avoid a similar fate by having a security guard at the store

It’s been a different story at competitor CVS’ location a block away, however, where shelves were said to be fully stocked and watched over by a security guard.

The Walgreens location seen in the video is one of three in San Francisco so far to be closed due to excessive shoplifting, KRON reported.

It had been targeted by so many shoplifters that the company had just decided to close it down for good.

At least half a dozen of the drugstore chain’s stores other locations are expected to close before the end of the year due to claims of rampant shoplifting.

The San Francisco Police Department said in a statement to KRON that the department ‘works closely with all members of the public we serve, including businesses. We are always assessing crime trends and addressing staffing to accommodate for fluctuations in crimes.’

The police also said that they officers patrolling the area on foot.

California law states that theft of goods valued less than $950 is treated as a nonviolent misdemeanor and the maximum sentence for petty theft is six months in county jail. Suspects are said to be often released with conditions attached, instead of serving time.