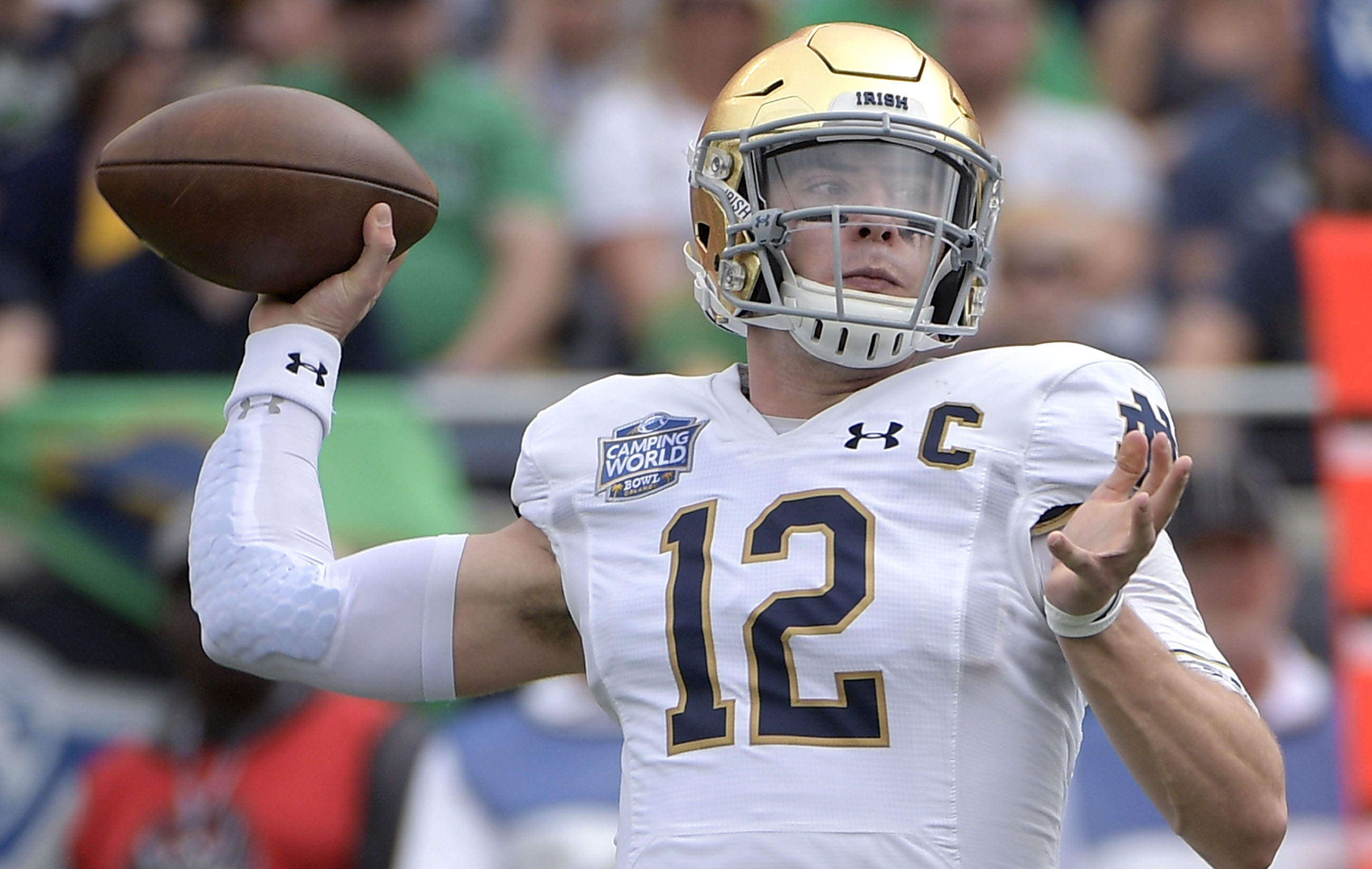 It will be a surprise to absolutely no one that Clemson quarterback Trevor Lawrence is the Heisman Trophy favorite. But this being 2020, a year full of surprises, think outside the box and look for long shots.

In a shortened college football season that apparently will not include the Big Ten or Pac-12, the pool of potential Heisman winners is shallow. The award will likely go to a player from the ACC, Big 12 or SEC.

Most sportsbooks took down Heisman odds in August because of the season’s uncertainty, but DraftKings is first in the U.S. to repost its board and the Westgate SuperBook has announced plans to do the same soon.

At DraftKings, Lawrence is the 2/1 favorite, followed by Oklahoma quarterback Spencer Rattler (7/1), Miami quarterback D’Eriq King (8/1), Georgia transfer quarterback JT Daniels and Clemson running back Travis Etienne at 14/1, Myles Brennan (Joe Burrow’s successor at LSU) and Alabama quarterback Mac Jones at 16/1. Texas quarterback Sam Ehlinger (25/1) is an intriguing option as a senior for a Longhorns team on the rise.

Notre Dame quarterback Ian Book is worth a look at 20/1 odds. When William Hill opened Heisman futures in late February, Ohio State quarterback Justin Fields was the 7/2 favorite ahead of Lawrence at 4/1. It appears Fields and the Buckeyes will be stuck on the sidelines. Book was offered at 30/1.

The Heisman race might be decided in one game — Clemson at Notre Dame on Nov. 7. Expect the Tigers to be favored by about seven points, if Lawrence and Book each enter the game healthy. The Irish are power rated as the second-best team in the ACC.

Notre Dame’s schedule will help Book’s case for the Heisman. The Irish, 20-point home favorites Saturday against Duke, are expected to be favored in their first seven games and should be undefeated when Lawrence visits. If Book can lead the home ’dog to an upset, he’ll probably become the Heisman favorite.

Book passed for 3,034 yards and 34 touchdowns with six interceptions last season, when he also rushed for 546 yards. The only other FBS quarterback to reach 2,500 passing yards, 500 rushing yards and 30 TD passes last season was Oklahoma’s Jalen Hurts.

Notre Dame’s offense averaged 41.6 points in last season’s final five games. The Irish return an elite offensive line, so coach Brian Kelly will be aggressive and put his trust in a fifth-year senior quarterback. Book’s numbers will stack up. His Heisman chances might hinge on one big game.

War fears as China shows off might in South China Sea...

Scotland POLL: Should Sturgeon and the SNP be given another independence...

Beyond Meat plans to triple distribution at Walmart amid growing demand

US debate 2020: How Biden will avoid BRAWL with 'aggressive' Trump...

War fears as China shows off might in South China Sea...

Scotland POLL: Should Sturgeon and the SNP be given another independence...