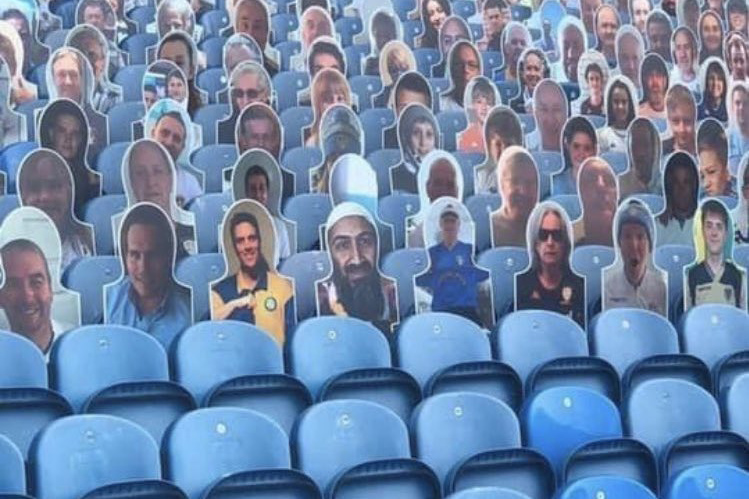 The English soccer club Leeds United issued an apology on June 24 following an incident in which a cardboard cutout of Osama Bin Laden appeared in attendance at one of their games.

Spectators are banned from attending live events in the United Kingdom during the coronavirus pandemic. In response, many English soccer teams began allowing fans to purchase seats they could fill with cutouts of their likeness.

Leeds United put 15,000 seats of these “crowdies” up for sale at their stadium, Elland Road, for the last five games of the English Football League’s Sky Bet Championship. The seats sold for £25, and the club said that they “proved to be extremely popular.”

Soon after the promotion was unveiled, however, the club was forced to issue an apology after a photo of the infamous terrorist’s cutout circulated on social media.

Team officials told the BBC they “will ensure there are no more offensive images” for the remaining matches.

This is not the first time a sports team has landed in hot water over unwanted spectators in attendance during the pandemic. A cutout of British serial killer Harold Shipman showed up in attendance at a National Rugby League game in Australia, and a South Korean soccer team had to issue an apology after their stands were filled with inflatable sex dolls.

Leeds United asked fans who bought “crowdies” to upload photos of themselves or their loved ones “ideally in club colors.”

“Bin Laden” was wearing a hat with the team’s colors.