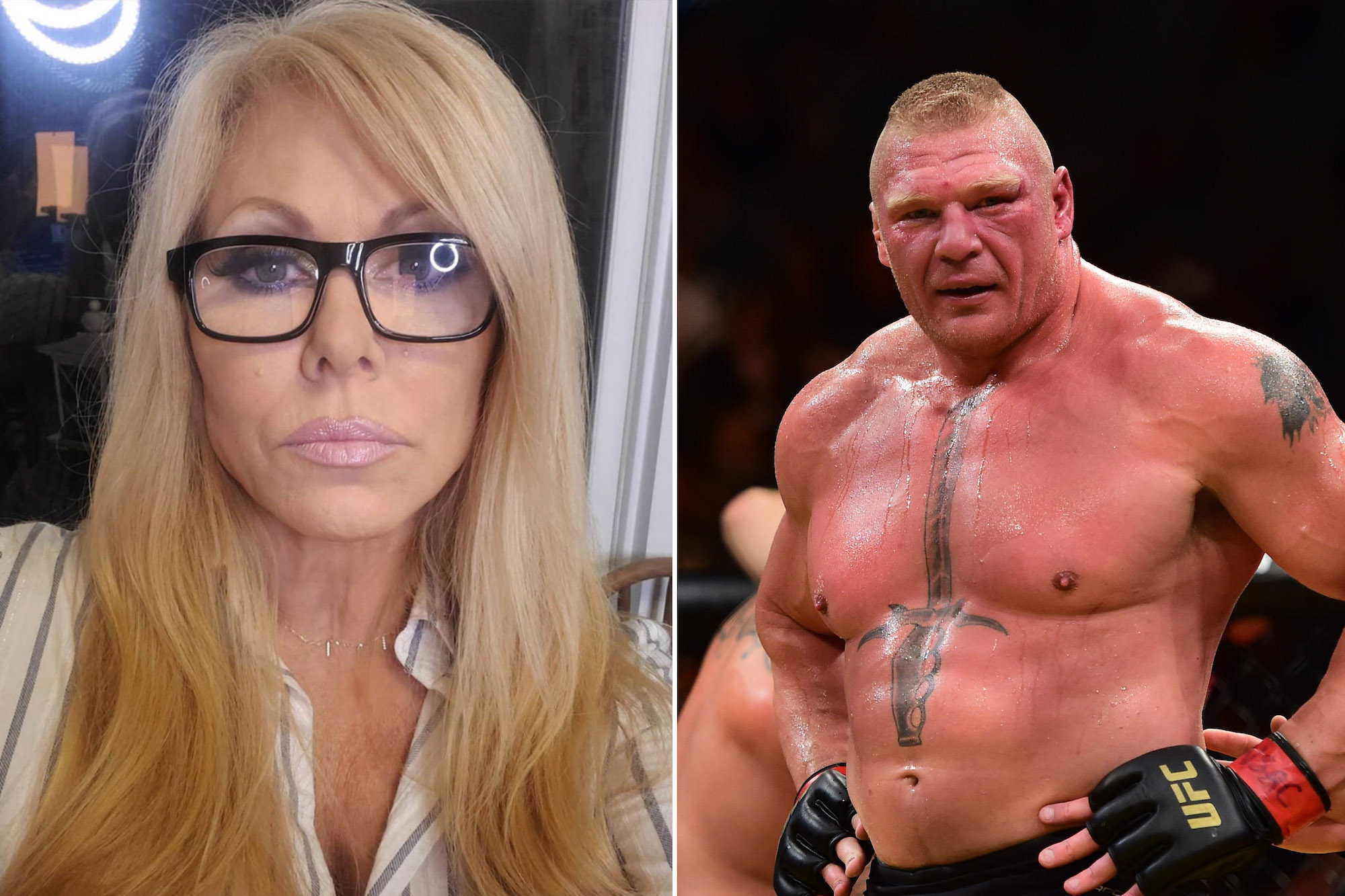 A host of wrestling stars have been accused of sexual assault and harassment over the past week as part of the #SpeakingOut social media movement. AEW’s Sammy Guevara has also been suspended for past comments he made stating he “wanted to rape” Sasha Banks back in 2016.

Now Runnels, 53, has made allegations of her own against Lesnar. Runnels made her accusations against the former UFC heavyweight champion, who is married to ex-WWE female superstar Sable, on the KEE on Sports Podcast.

“I don’t have a lot of respect for Brock, I don’t think Brock respects wrestling fans,” Runnels, who originally debuted in WWE as husband Dustin Rhodes’ (Goldust) manager Marlena, said. “Brock did something that if it was in today’s day and time…You know.

“He showed his penis to me and called my name as I was walking past where he was in the dressing room and opened his towel so I could see his manly bits. I would have much rather him not be so disrespectful of a female that’s been in this business for as long as I have been.

“He knew he was gonna have a lot of power, that they were gonna give him the strap but at that point, I’d been in this business a long time. I have respect and what he did was very very wrong. From a respect standpoint, from a sexual harassment standpoint, it was wrong.”

Runnels previously made these claims against the 6-foot-1, 286-pound powerhouse, 42, during an interview back in 2004.

However, she has spoken about them again in more detail amid the #SpeakingOut movement.

WWE released a statement last week amid the outbreak of allegations from female performers past and present within the industry.

It read: “We take any allegation of this nature very seriously and are looking into the matter.”