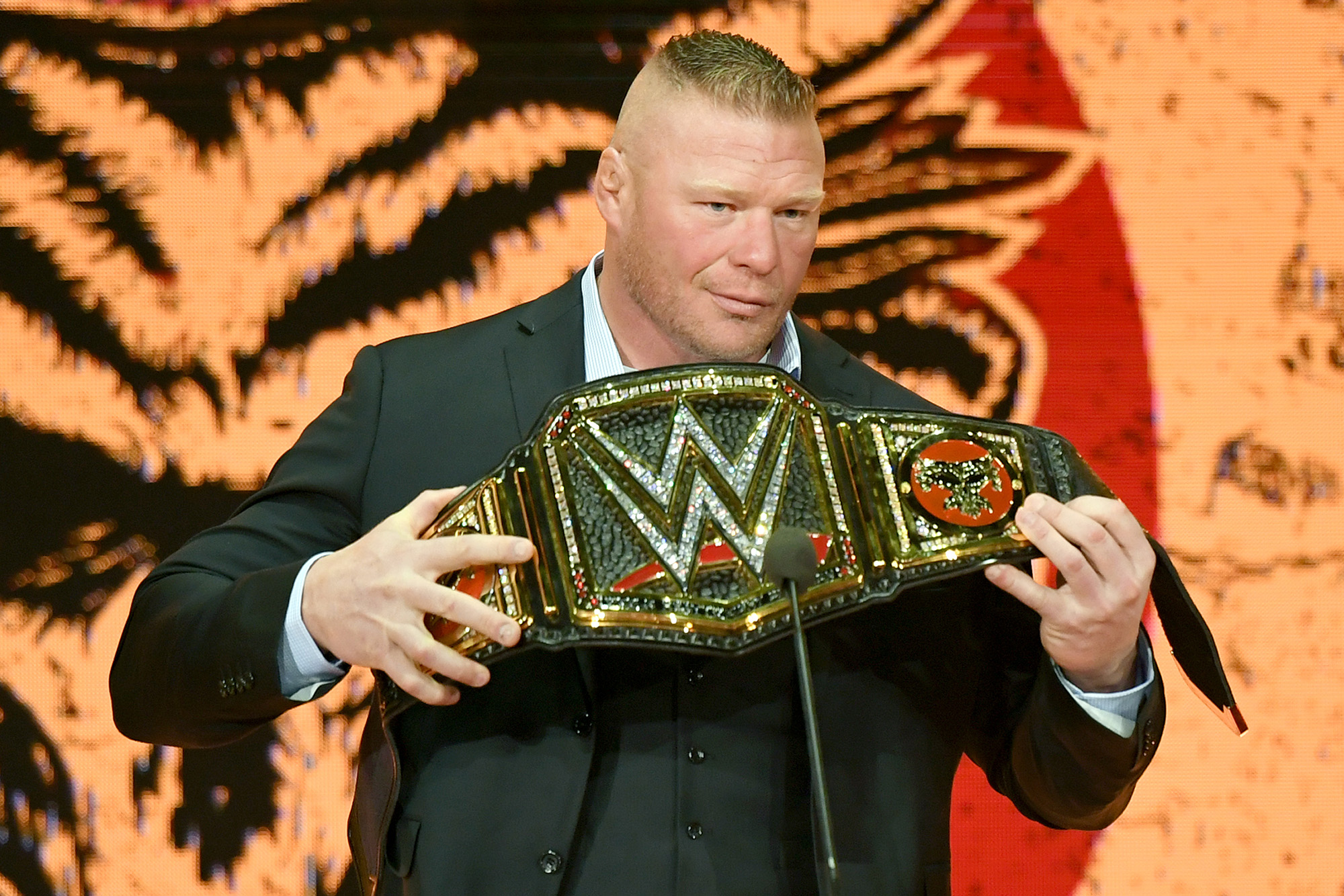 Brock Lesnar is a free agent.

The pro wrestling and MMA star’s contract with WWE ran out as the two sides were unable to reach a new deal, sources confirmed to The Post. PW Insider was first to report the news. The former UFC heavyweight champion has been a mainstay – thought part-time – with the company since he returned for a second stint in 2012 after a four-year run in MMA.

Lesnar’s last match was at WrestleMania 36 in April, when he lost the WWE championship to Drew McIntyre. The 43-year-old Lesnar’s merchandise has been taken down from WWE Shop, but he still remains on the “Monday Night Raw” roster on the company’s website and not the alumni section. Lesnar’s real-life friend and on-screen advocate is now managing Roman Reigns in storyline.

The multiple-time WWE champion has teased a return to the UFC in past free agency stints, last fighting for the company in 2016 when he beat Mark Hunt at UFC 2000. The victory ended up being overturned after a positive drug test. The former NCAA champion was called out by Jon Jones in 2017 and confronted Daniel Cormier in the octagon in 2018, but nothing came of those instances. UFC President Dana White said last year he consider Lesnar retired from MMA.

This would seem like the perfect time for him to return to the UFC or again use it as leverage against WWE. Jones is making the move to heavyweight and current champion Stipe Miocic is being hailed as the best-ever in the division. There is always an outside chance All Elite Wrestling, backed by the billionaire Khan family, makes a run at Lesnar, but it would be hard to see WWE letting him land with another wrestling promotion.

One current wrinkle in all of this is Lesnar lives in Saskatchewan, Canada. He would be required to quarantine for 14 days upon reentering the country under its current guidelines if he leaves to work an event in the U.S.

WWE and announcer Mauro Ranallo mutually agreed to part ways, the company announced Monday. Ranallo had been working the company’s NXT brand, where Stu Bennett (formerly known as Wade Barrett) had filled in for him recently.

Joe Burrow hasn’t experienced anything like this Bengals start

Leo Varadkar has drink thrown over him in shocking attack during...

The ROC certification could become the gold standard for wineries, and...

Leo Varadkar has drink thrown over him in shocking attack during...