Home Sport Bruno Fernandes admits Manchester United have not made a good start to...
Sport

‘We didn’t play good enough and it’s everyone’s fault’: Bruno Fernandes says Manchester United have not made the ‘start they wanted’ this season ahead of captaining the side for the first time against PSG tonight

Bruno Fernandes admits Manchester United have not made a good start to the new season but dismissed rumours of a fallout with manager Ole Gunnar Solskjaer and his teammates.

Fernandes will lead United for the first time in Parc des Princes on Tuesday night as Solskjaer’s side kick off their Champions League campaign against last season’s beaten finalists Paris Saint-Germain.

It comes amid speculation the Portugal star is losing confidence in Solskjaer and was involved in an angry exchange with his manager and other United players after he was substituted at half-time of the 6-1 defeat to Tottenham at Old Trafford earlier this month. 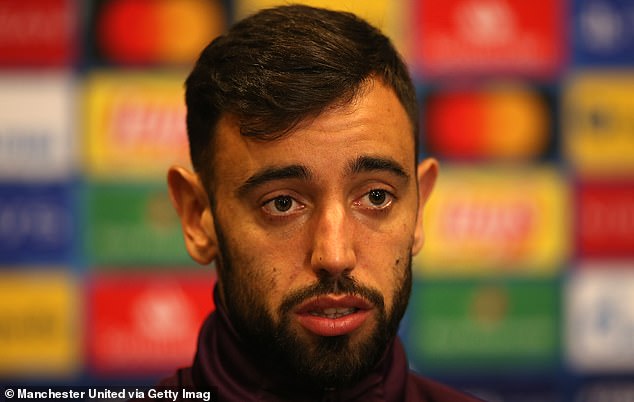 Lindelof will lead United’s defence in the absence of Harry Maguire and has the job of keeping Neymar quiet. If he can get to grips with the Brazil star, there is also the searing pace of Kylian Mbappe to worry about.

Pereira is expected to make his PSG debut after signing on loan from FC Porto before the international break, and his duel with Portuguese compatriot Fernandes could be a significant factor in deciding the outcome.

Old Trafford flop Di Maria has inflicted damage on United before in the colours of Real Madrid and PSG, and will be highly motivated to do so again. Shaw will have his work cut out to stop the Argentine.

Although United bounced back to win at Newcastle after the international break, they have lost two of their opening four Premier League games and Fernandes concedes that is not good enough.

‘It was not the start we wanted,’ he told BT Sport. ‘It was a difficult start. We lost the first game (at home to Crystal Palace) and also the game against Tottenham.

‘Everyone then goes to the national team, some stayed to train and everyone comes with the right spirit to give an answer. We came with that spirit to Newcastle. We need to keep going with the same mentality.’

However, United’s talisman denied there is any discord with Solskjaer as he addressed reports that there was a problem between the pair during the Spurs debacle.

‘It was funny,’ he added. ‘I don’t like these situations. I don’t particularly care but I speak about it because it’s not fair on the coach. No-one blames the coach.

‘It was the same team pretty much who played unbeaten for 17 games last season, or something like that. People want to blame the coach, so I speak to just clarify nothing happened.

‘We lose 6-1, everyone needs to blame themselves. The problem is not one, two or three, it’s the whole team. We didn’t prepare good enough, we didn’t play good enough and it’s everyone’s fault.

‘So we come to the training ground after the national team and we know we need to train hard and work better. We did that against Newcastle and I hope we’ll do that against Paris.’

On the reports of a dressing-room row with other players, he added: ‘Nothing, you know? We lose 6-1 and no one has anything to say.

‘Of course, we see the mistakes we commit, but it was good for us to have the break afterwards with the national teams.

‘Everyone clarified their ideas and everyone came back from the national teams with commitment. We need to keep doing the same work we did at Newcastle to achieve what we need.’

Fernandes, who was captain of Sporting Lisbon before he joined United in January, is relishing the extra responsibility after taking the armband from the injured Harry Maguire. 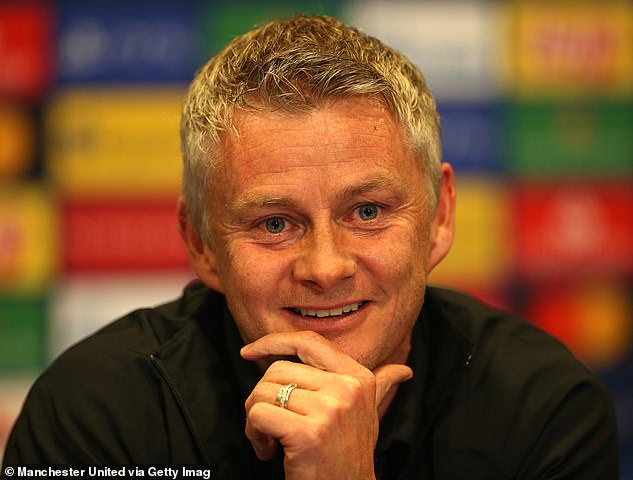 ‘I’m the kind of player who likes pressure,’ he said. ‘I want to do everything under pressure. Without pressure you’re too relaxed, even if you’re focused.

‘There are fake friends who just say you’re doing well and doing good. But you need people to ask for more than you are giving, so you can strive to do your best.’

Fernandes also backed Edinson Cavani to be a success at United after following his career since they played in Italy. Cavani starred for Napoli while Fernandes was beginning his career with Novara, Udinese and Sampdoria. 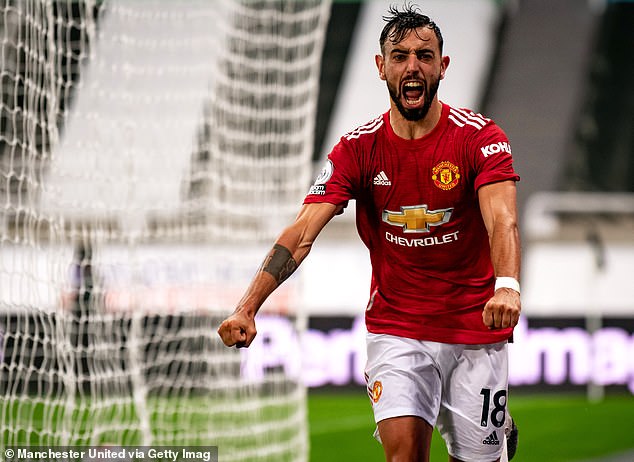 The former PSG striker has stayed at Carrington to build up his fitness rather than face his old club on Tuesday night, but Fernandes expects great things of the Uruguayan.

‘I’ve known Cavani for a long time from when we played in Italy,’ he said. ‘He was amazing, broke a lot of records and did very well. He did very well in Paris, I hope he can do the same for us.

‘He’s one of the best in the world inside of the box. He can smell the goal. His mentality in training is great, he’s here to do his best and fight for his place. Seeing him play 100 per cent gives you a call to give 100 per cent too.’

Wayne Rooney was denied a winning start to management as Wycombe’s late equaliser left Derby rooted to the bottom of the Championship.A Derby...
Read more
Sport

Tony Hsieh, the former CEO of online shoe retailer Zappos.com, has died. He was 46. He passed away Friday in Connecticut, according to a...
Read more

Kevin Clifton, 38, came to the defence of self-confessed Strictly Come Dancing superfan Clara Amfo, 36, after she found herself being "hammered" with constructive...
Read more
Load more