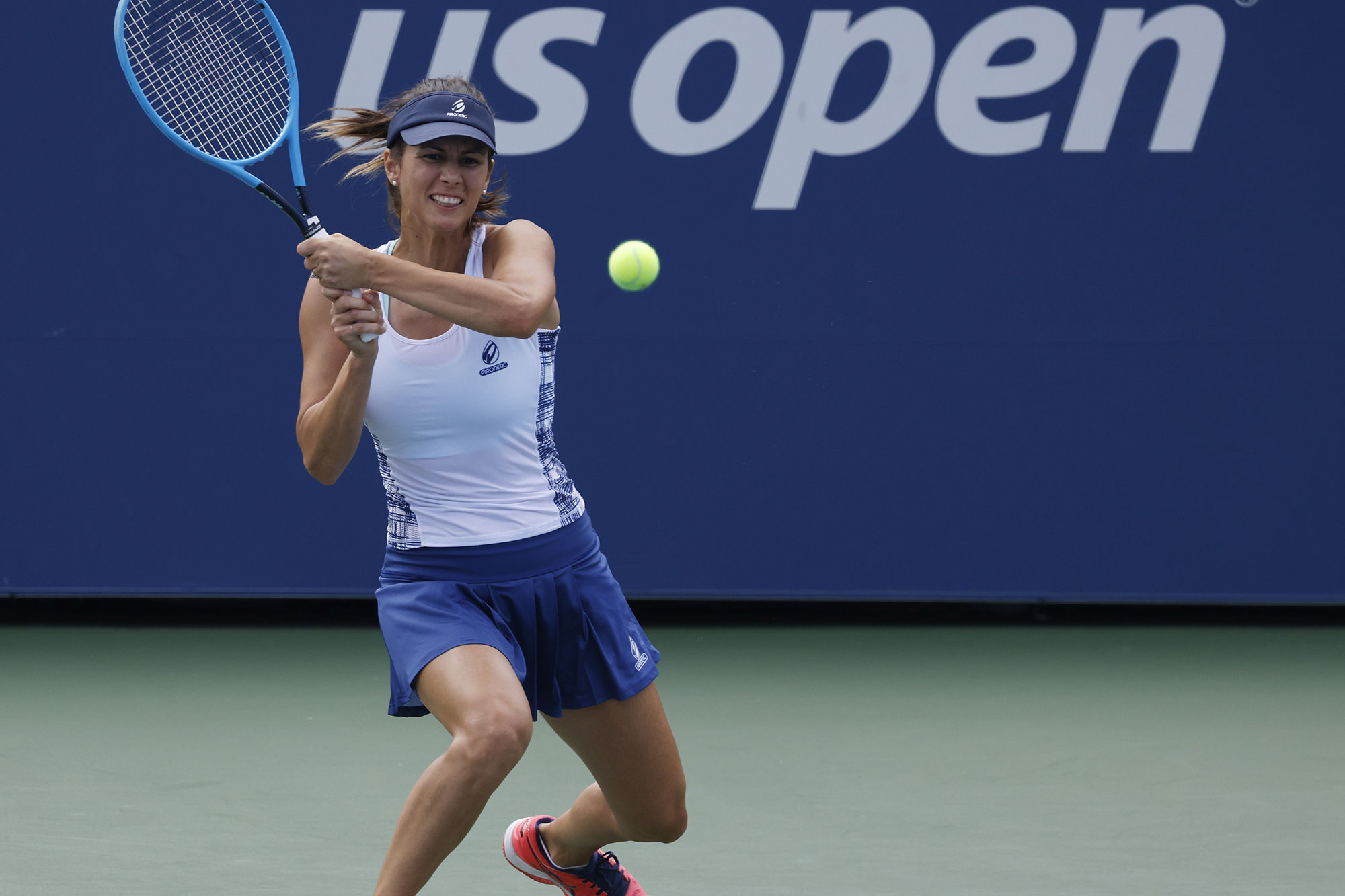 Tsvetana Pironkova wasn’t sure she would ever play tennis again.

She had devoted more than 15 years of her professional life to the sport, peaking with a 2010 run to the Wimbledon semifinals, and seemingly ending on the same grass seven years later.

She was happy. She was healthy. She had a young son, Alexander, who prompted her informal retirement.

“I guess I just needed to distance myself a little bit for about two years,” Pironkova said Thursday. “Little by little, I started really missing the tour, started watching more tournaments, started to follow the players. I kind of started to make plans in my head looking at the calendar, which tournament would suit me best.”

The plan has gone perfectly.

After surprising herself by winning her first match in more than three years, Pironkova pulled a second-round upset of No. 10 seed and two-time major champion Garbine Muguruza, 7-5, 6-3, Thursday on Court 17.

Pironkova will next play No. 18 seed Donna Vekic.

“Coming from a three-year absence on the tour, you always have your doubts,” Pironkova said. “Right now my results actually make me really happy because it shows that I did the right things preparing for this comeback. That makes me proud. … It’s just great to be playing without that extra pressure I had on myself before. Before it was almost like a life-and-death situation for me to win a match. Right now, it’s not really like that. It’s enjoyment to be on the court.

“Having the opportunity for [Alexander] to watch me also makes me really happy.”

Pironkova, 32, announced her return on March 14, just as COVID-19 was being introduced around the world. The unexpected postponement of the season gave the Bulgarian even more time to prepare. It also gave her entry into the main draw of the U.S. Open due to several players opting out.

She has everything she wants.

“If you make a good schedule and have the right motivation, you can combine the two things, motherhood and being a professional tennis player,” Pironkova said. “It takes a lot of work but, you know, everything takes work.

“Once you become a mother you don’t magically lose your ability to play. If you want to do it I don’t think there’s something that can stop you from doing it.”

Tyler Herro, Instagram model having a blast inside NBA bubble

The search for Dak Prescott-Jerry Jones drama is real

Tyler Herro, Instagram model having a blast inside NBA bubble