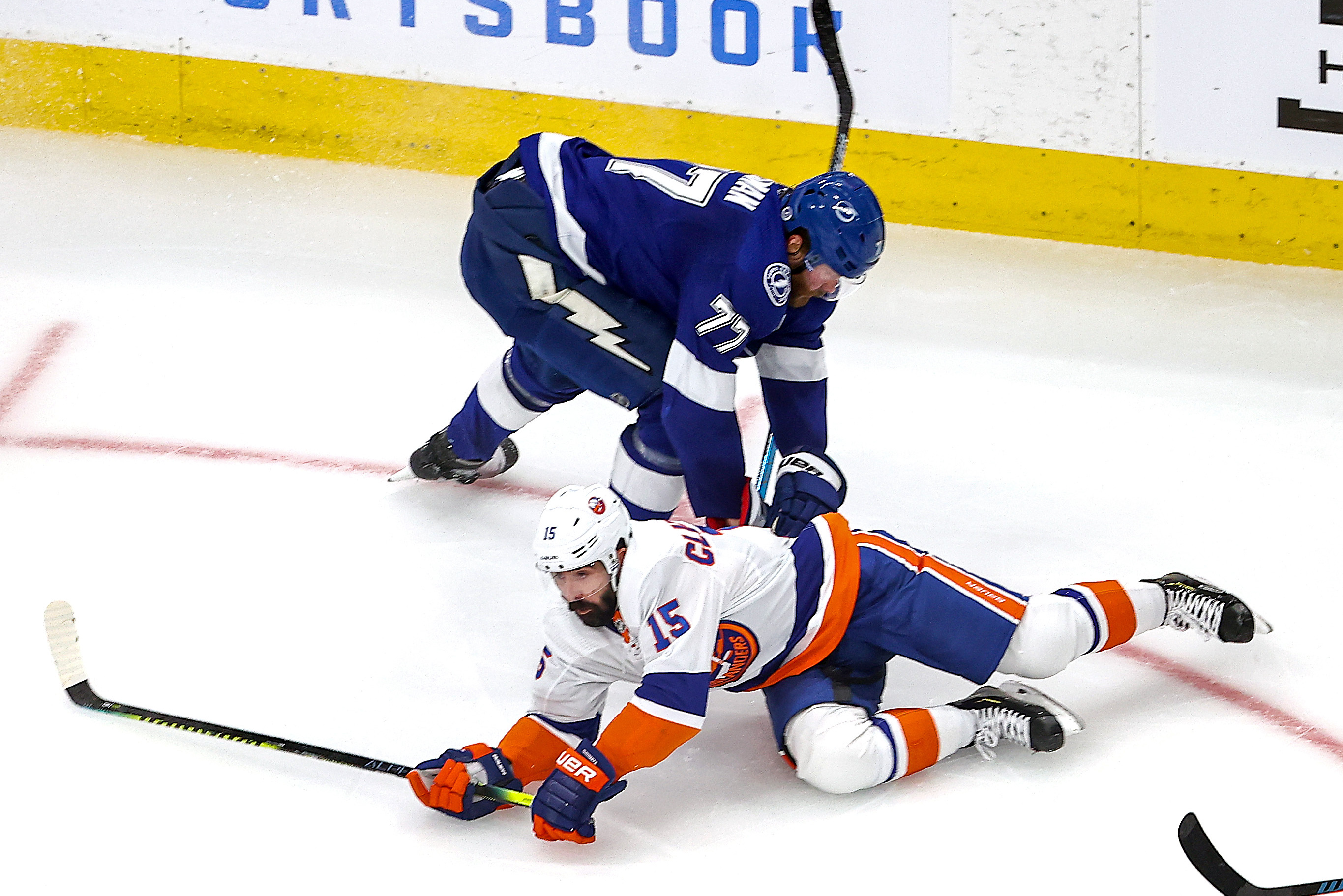 The 32-year-old Clutterbuck then retreated to the dressing room once again, but he didn’t return this time.

“No update on Clutterbuck,” coach Barry Trotz said on a Zoom call following the loss. “I thought he [played] fine, you always get a consistent play from him. Once we have an update we’ll get it to you.”

Clutterbuck finished the game a minus-one with one blocked shot and three hits in just over six minutes of ice time. He’s recorded a goal and two assists through 15 playoff games this year.

“You never want to see any of your teammates go down,” linemate Matt Martin said. “Obviously [a] big block by him. We got a lot of guys in this lineup who are willing to sacrifice their body for the benefit of the team. He showed that there.

“He’s a key player for us and on our line. We’d obviously love to have him out there, not really sure what his status is. Hopefully he’ll be all right and ready to go in a couple days.”

Trotz gave Thomas Greiss the starting nod for the second straight game after he pitched a shutout in Game 7 against the Flyers on Saturday night.

It was Greiss’ first back-to-back start and third start of the postseason. However, Greiss gave up three goals on nine shots and was replaced by usual starter Semyon Varlamov early in the first period.

“The plan has taken some twists and turns,” Trotz said of his goaltending situation. “Obviously went with Greisser in Game 7, knowing that we had traveled, there was a fatigue level and all that going to a Game 7 and trying to get the fresh guy in net. He didn’t have a lot of work in that Philly game, I felt after a shutout you never want to take anything away from someone who gets a shutout.

The Tampa Bay Lightning only missed the net once in their rout of the Islanders on Monday night.

After going 58:53 without missing, the Lightning recorded their first miss with 67 seconds left in the game. It was Tampa Bay’s fourth-line center Cedric Paquette who tipped the puck wide. Of the Lightning’s 34 shots, the Islanders blocked 12.

“I think that’s on everyone,” Islanders defenseman Nick Leddy said. “We all have to be better in that area. We’ve always talked about our team defense and that’s what the Islanders are about. As far as them getting their shots, I think we can get on them quicker, I think we can take away their time and space and maybe force them to make a quicker decision.”

Donald Trump warning: Barack Obama has given 'licence' to any ex-President...

Donald Trump warning: Barack Obama has given 'licence' to any ex-President...