California mortuary worker, 49, is caught on surveillance footage robbing a man’s home just hours after he died by loading a body bag with his belongings

A California mortuary driver is charged with burglary after allegedly robbing the home of a man who died less than a day before by packing a body bag with stolen goods and wheeling it out of the house on a gurney.

According to the San Diego County Sheriff’s Office, Sammy Williecarl Gates, 49, was caught on surveillance footage stealing two bags of property from the dead man’s house before wheeling in the gurney for more.

He pleaded not guilty to the charge and to a separate charge of possession of a firearm in Superior Court in San Diego County on Tuesday. 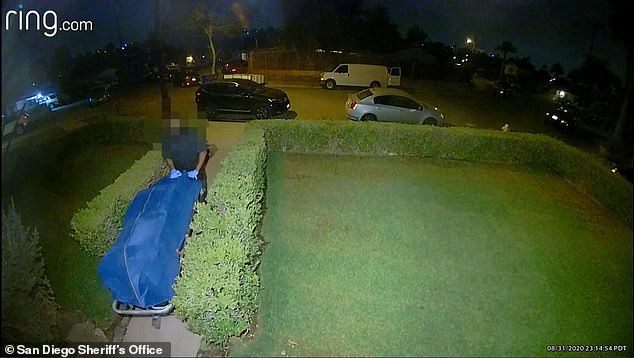 A man who police believed to be Sammy Williecarl Gates, 49, was caught on surveillance footage robbing a dead man’s home in San Diego on August 31 using a body bag and a gurney

Police were initially called to the home in Spring Valley just after noon on August 31 to carry out a welfare check.

They found a 60-year-old man deceased of natural causes and he was transported to a mortuary by a contracted independent mortuary service.

Two days later, the family of the man contacted police to report that a safe and a firearm were missing.

On September 4, they called again to report that they believed there had been a burglary after viewing the Ring footage from the man’s home.

The video showed that around 11pm on August 31, an unknown black male adult, who police later identified as Gates, arrived at the house with a white utility van.

The footage then shows him entering the home twice and emerging with the packed bags and the packed body bag on the gurney.

Gates is the owner of a independent mortuary service named Mortuary Transportation Services but this was not the company that had been used by police to remove the man’s body hours before.

He was arrested on September 9 after detectives from the Rancho San Diego Sheriff’s station served a search warrant on his home and found the missing safe and firearm. 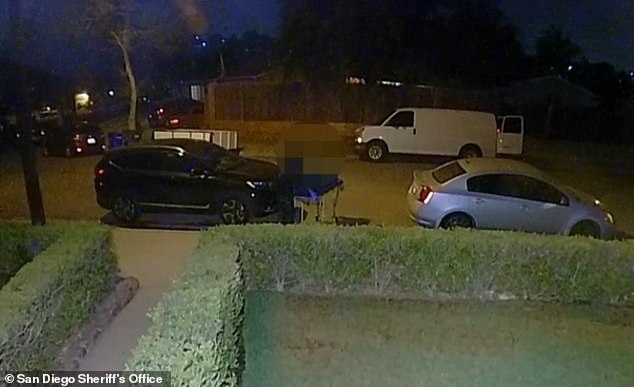 The video showed that around 11pm on August 31, an unknown black male adult, who police later identified as Gates, arrived at the house with a white utility van, pictured above 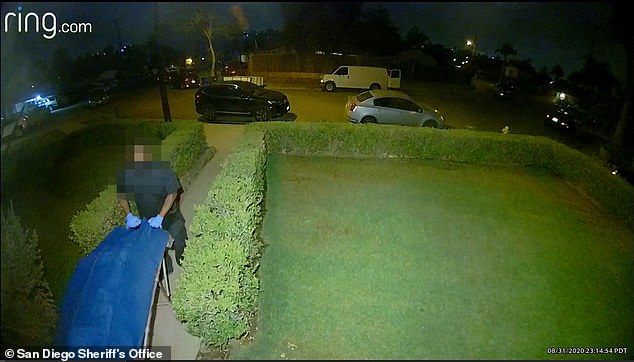 A gurney and body bag matching those in the surveillance video were also in the residence.

Since Gates’ arrest, five other potential victims have been identified, including two deceased people whose homes he is alleged to have robbed in July and August.

It is not known if his mortuary service was used to transport their bodies and he has not been charged with the suspected thefts.

Information about the case was released on Tuesday as the sheriff’s office search for further witnesses or tips from families who may have been targeted.

The Sheriff’s Department has asked anyone with information or potential victims to contact Detective Dalton at (619) 660-7037. Anonymous tips can be left by calling Crime Stoppers at (800) 580-8477 or visiting sdcrimestoppers.org.

Facebook
Twitter
Pinterest
WhatsApp
Previous articleCan YOU find your way out of these amazing corn mazes?
Next articlePhilippines police chief killed by rooster while breaking up cockfight