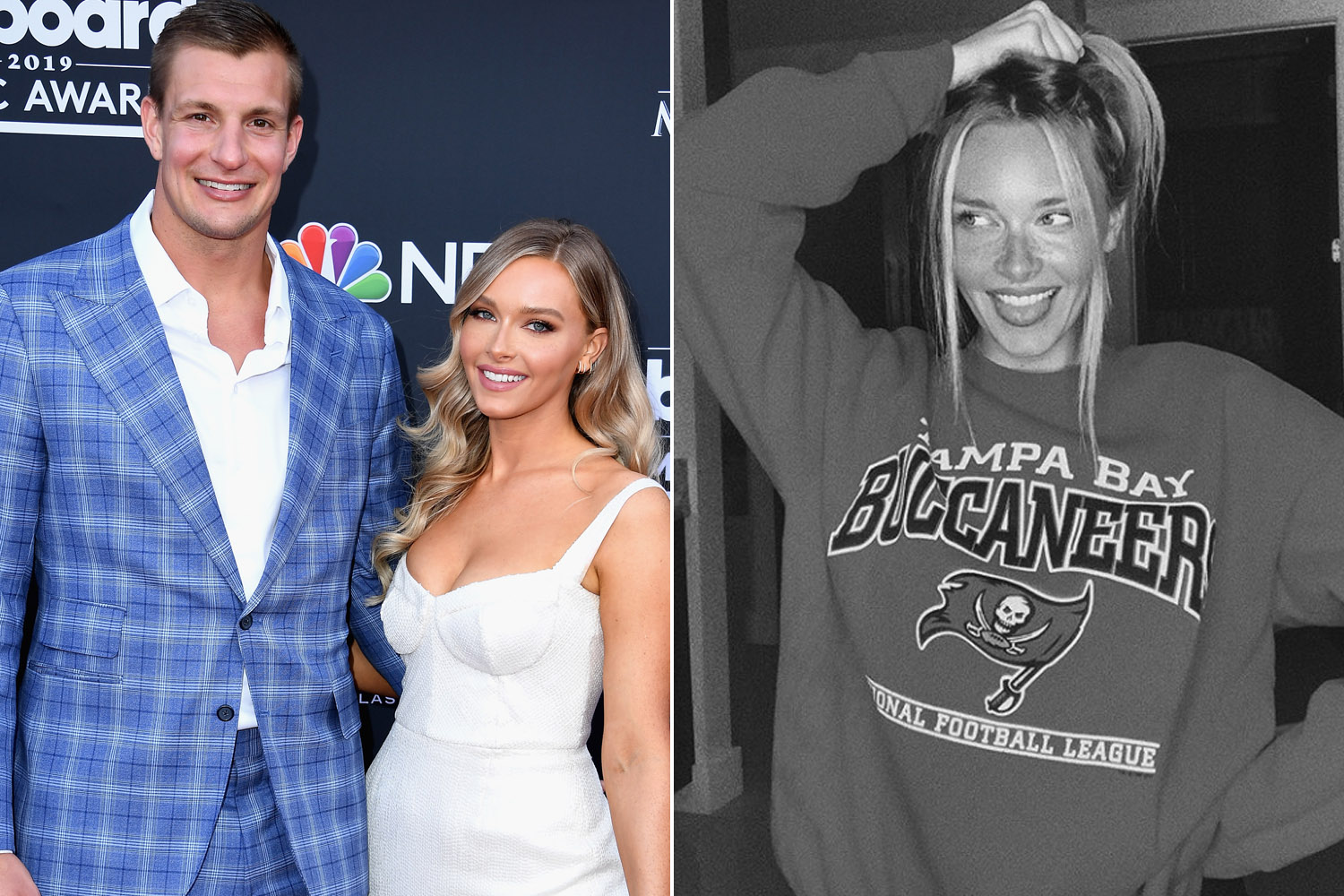 “Adapting to the change,” Kostek caption the post, adding the hashtag, “PatsNationForeverInMyHeart.”

While a number of Kostek’s followers fawned over the photo, others expressed sadness after seeing the Sports Illustrated Swimsuit stunner, 28, in non-Patriots gear.

“Brb I’m just going to go cry in a fetal position in a corner,” one follower commented.

“Miss you in Pats gear,” another wrote, to which Kostek replied: “Don’t worry, I have a closet full of that gear ❤️💙 the best memories.”

“This hurt more than Brady and Gronk,” one followed commented.

Kostek, who has been dating Gronkowski since 2015, reacted to the news by sharing a bikini post with the cheeky caption, “Down by the bay.”