Home Travel Can YOU find your way out of these amazing corn mazes?
Travel

Can YOU find your way out of these amazing corn mazes?

Can YOU find your way out of these crazy corn mazes? The amazing digital recreations of real-life puzzles for Covid-secure entertainment (and don’t worry – we’ve got the solutions!)

Every fall (that’s Autumn for Britons), farms across the United States transform their cornfields into interactive mazes – perfect for a family outing.

But unfortunately, many people won’t be able to travel to visit their local mazes this year, as a result of the pandemic.

To help them get their fix of corn mazes, NetCredit worked with CG artists to digitally replicate a selection of some of the toughest and most unique, which they can try to escape from the comfort of their homes.

The team recreated seven in total, from Maine to Michigan, and provided the solutions, too.

Scroll down to see their handiwork.

We’ve published the unsolved mazes at the top, then the solutions to each one together underneath. 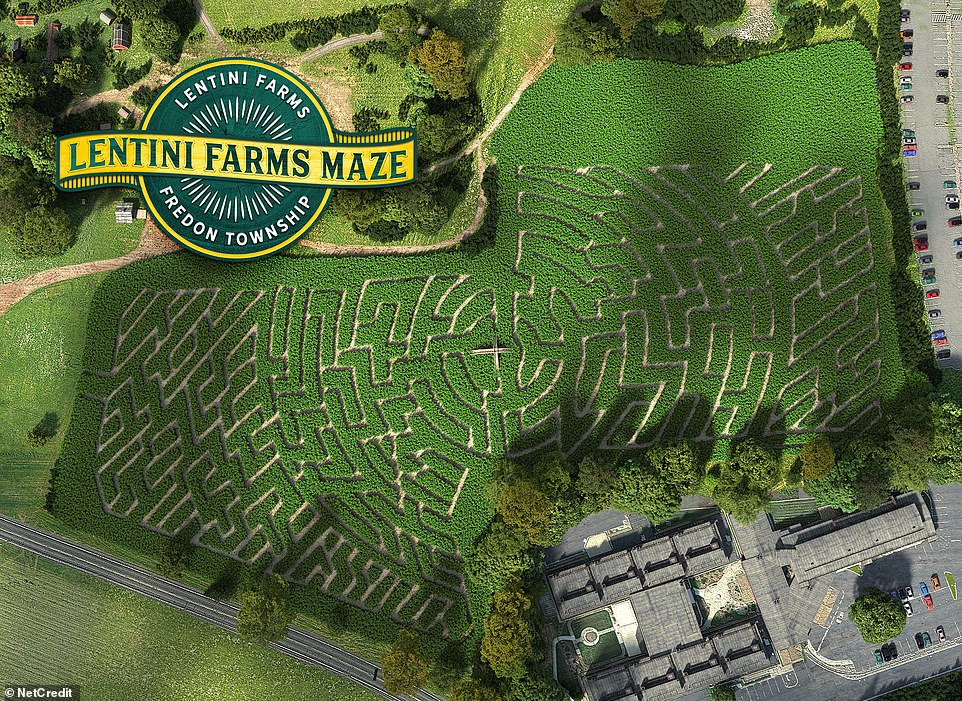 The amazing 10-acre, 10ft-high maze at Lentini Farms, Fredon Township, New Jersey. Can you solve it? In real life it can take anywhere between 20 minutes and two hours to conquer… 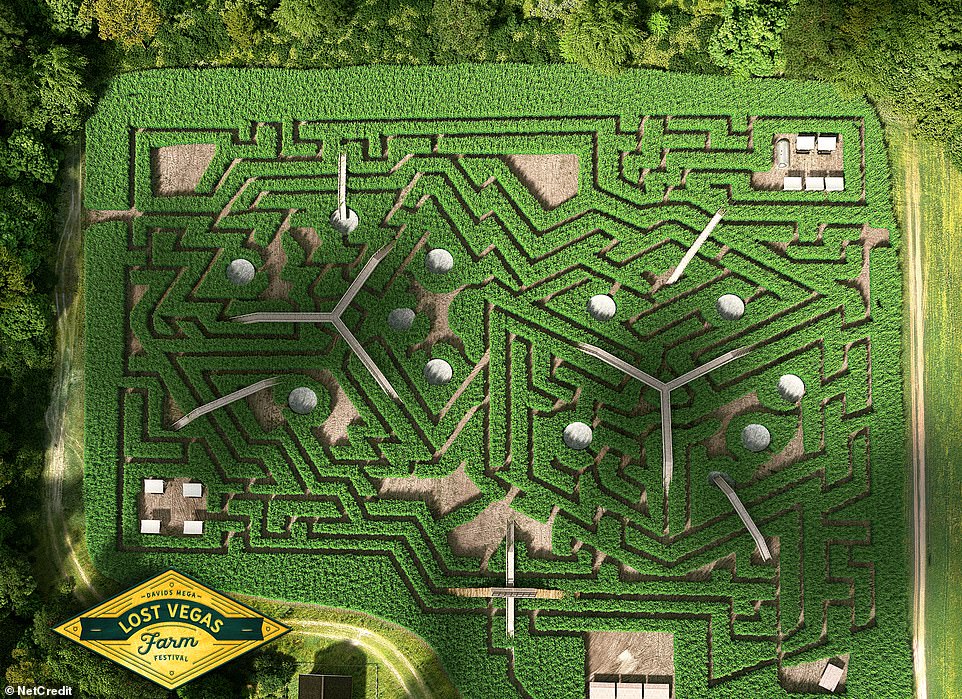 This ‘Lost Vegas’ maze appeared at the Davis Mega Farm Festival in Sterling, Massachusetts, in 2007. It took 13,000 hours to build. How fast can you solve it? Apparently, only five per cent of those who enter it escape without help… 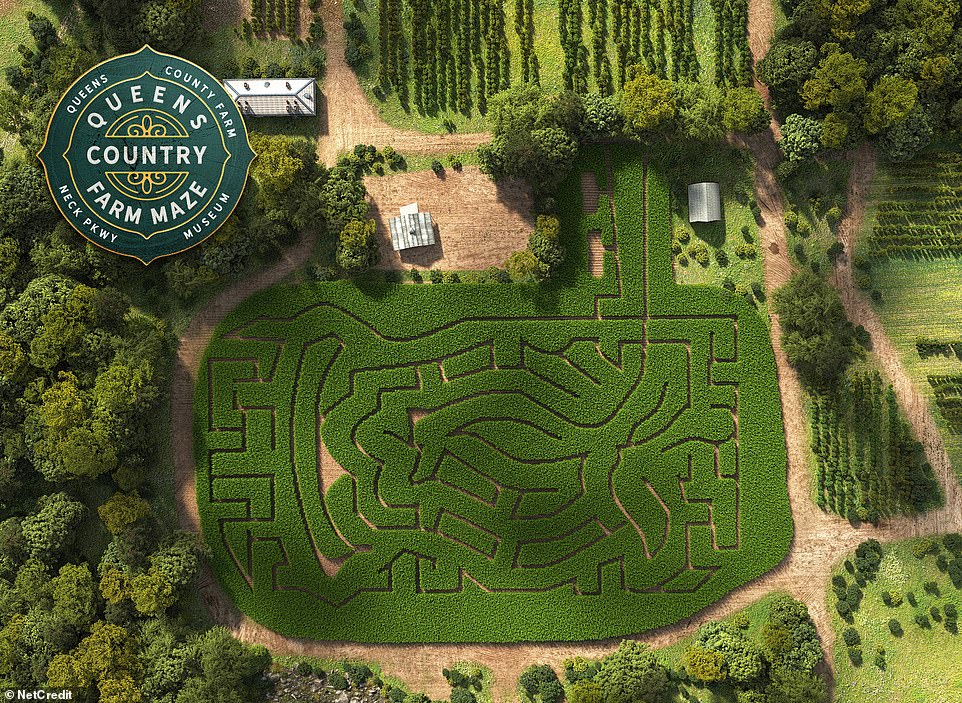 A beauty that appeared in 2016 at the Queens County Farm Museum in Queens, New York. In real-life, the correct route out is nearly two miles long, according to NetCredit. Workers sit up in a tower keeping an eye on challengers, who can talk to them through a long black hose 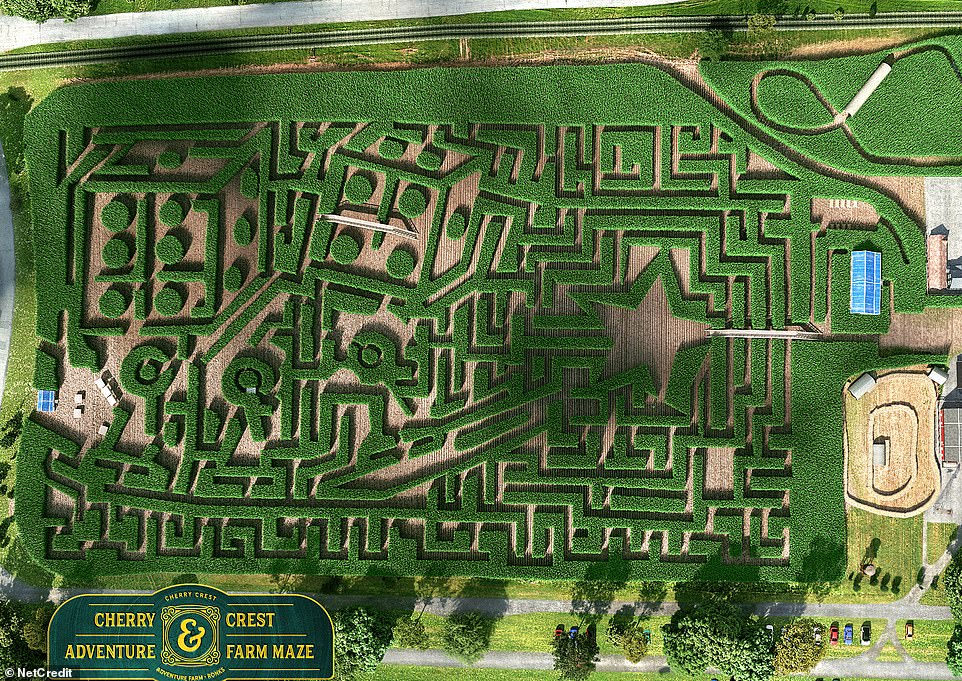 Can you defy the Cherry Crest Adventure Farm maze? This one appeared on the Pennsylvania plot in 2018. This farm has been creating mazes for 25 years. In real-life it has helpers dotted around to point challengers in the right direction 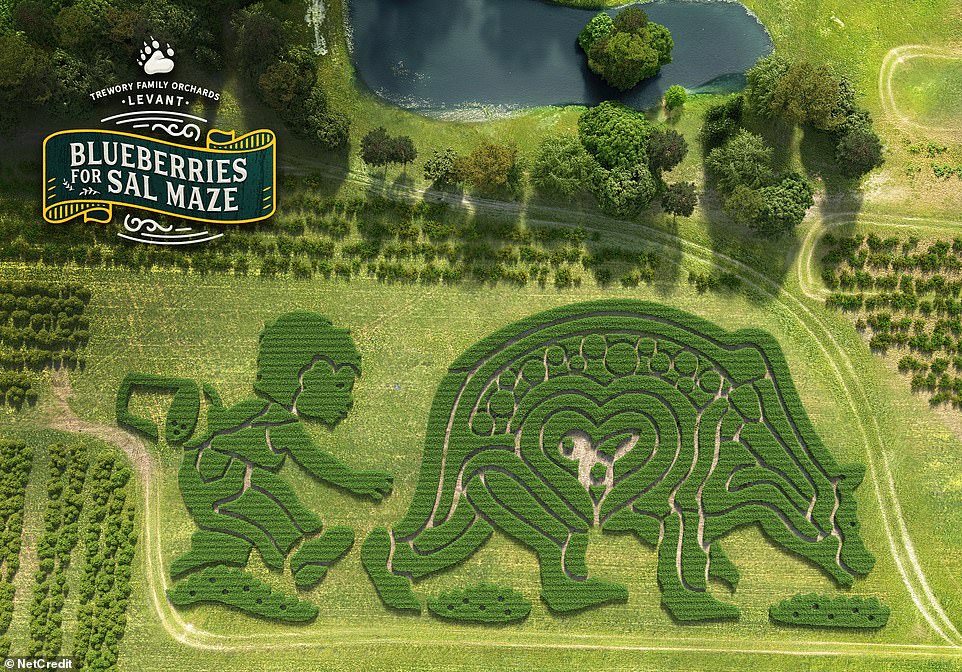 In 2019 visitors to the Treworgy Family Orchards family farm near Bangor, Maine, were treated to this delight, called Blueberries for Sal, inspired by the cover of the children’s picture book. Apparently it takes workers around two days to map out the grid for the pattern in the soil for the mazes here 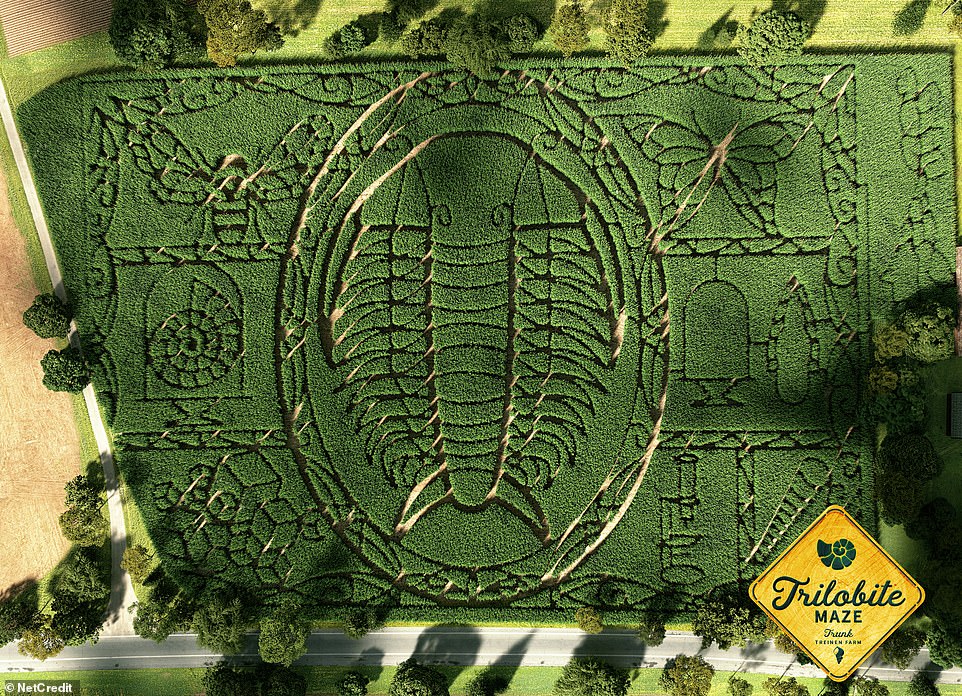 Treinen Farm in Lodi, Wisconsin, conjured up this amazing trilobite maze in 2017. Here it is digitally recreated. The trilobite is Wisconsin’s ‘official fossil’, so an apt choice 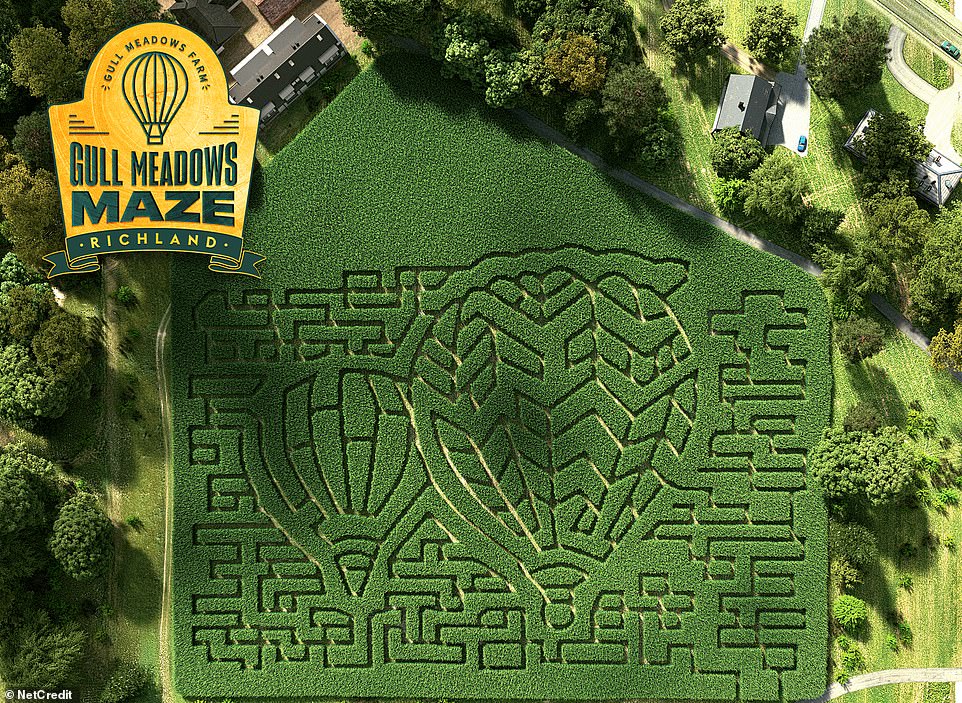 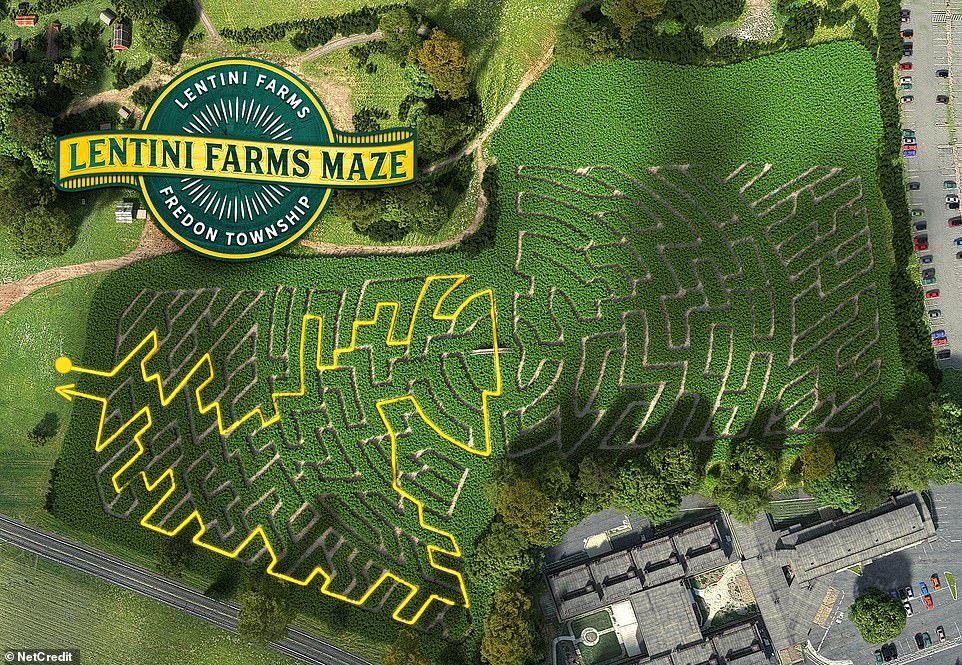 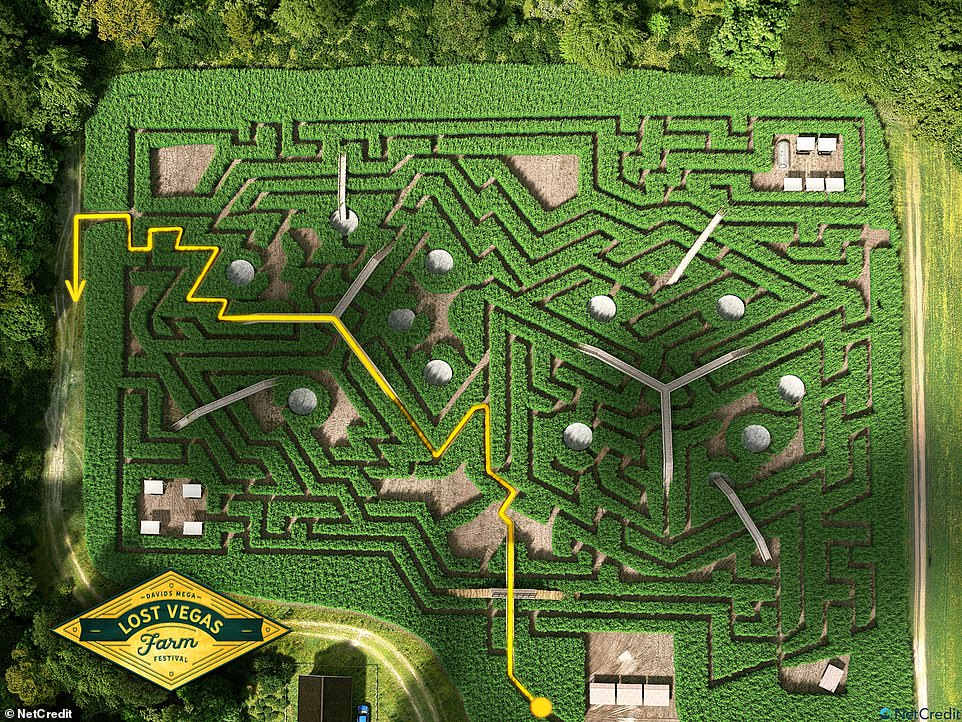 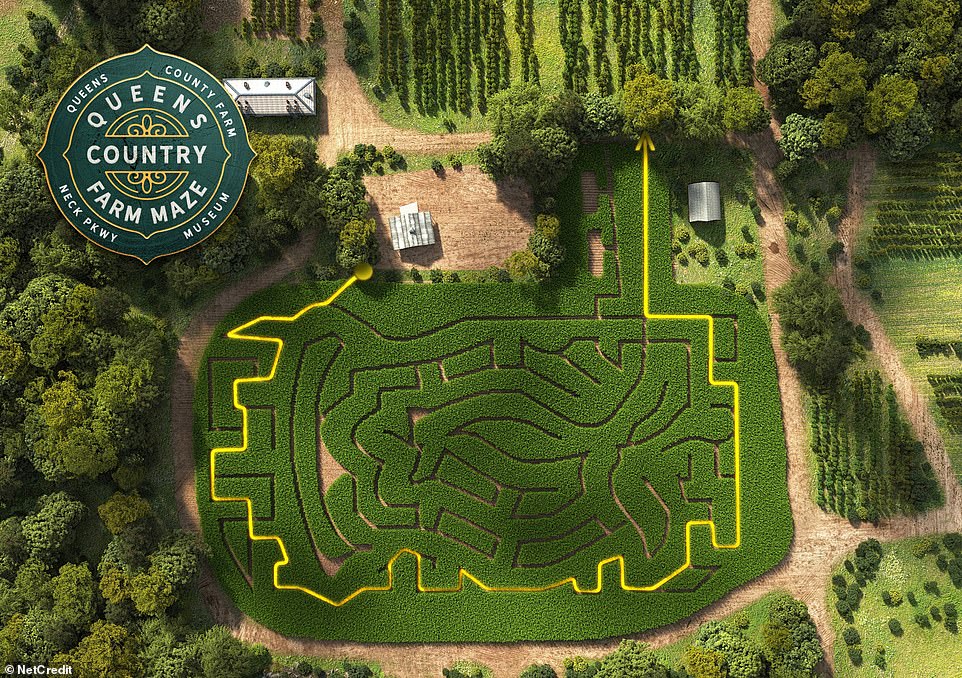 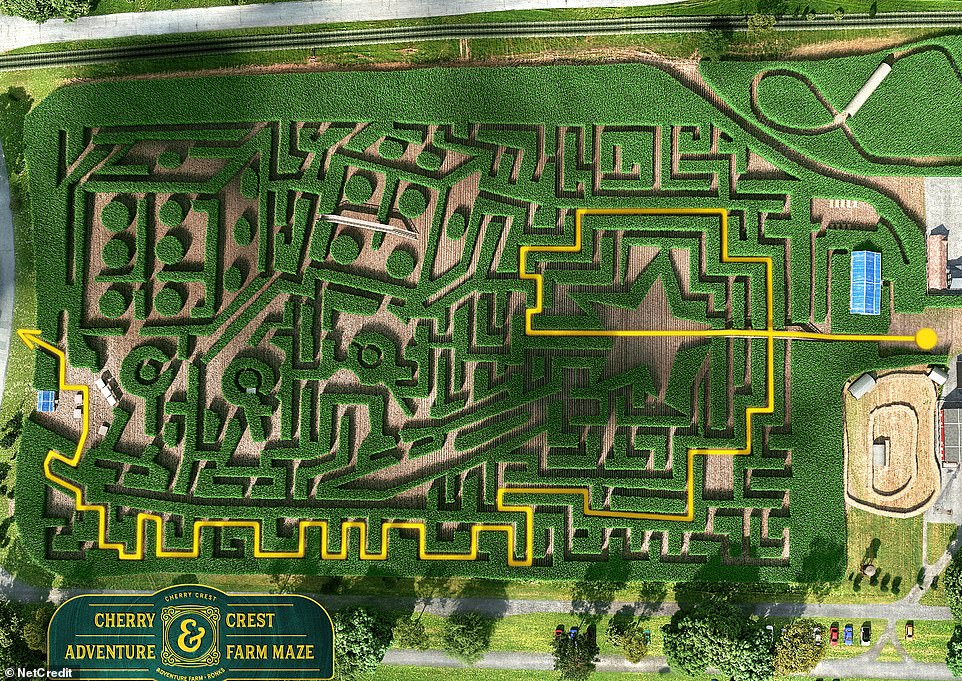 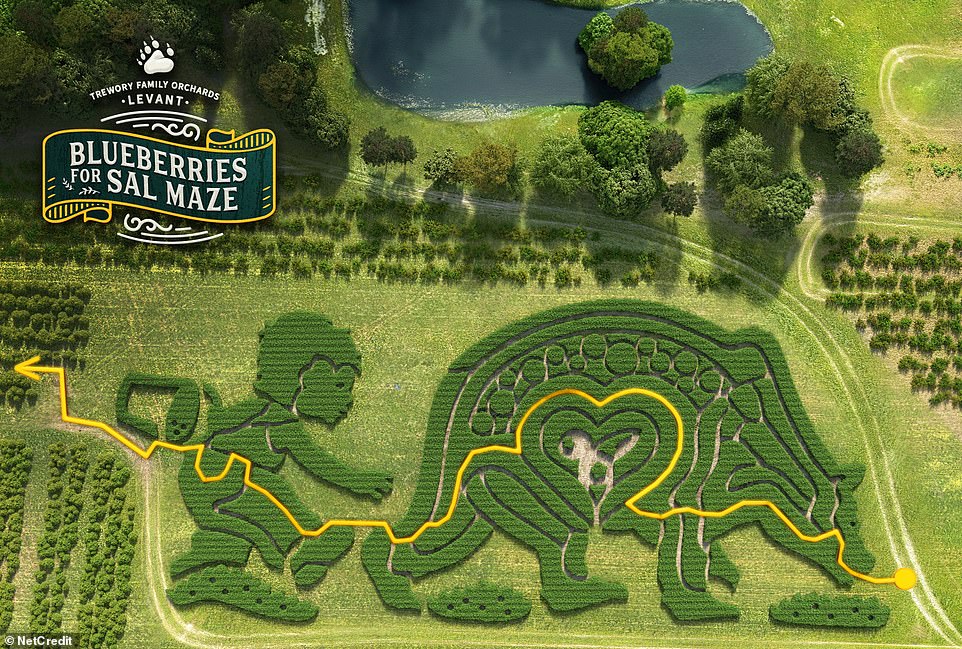 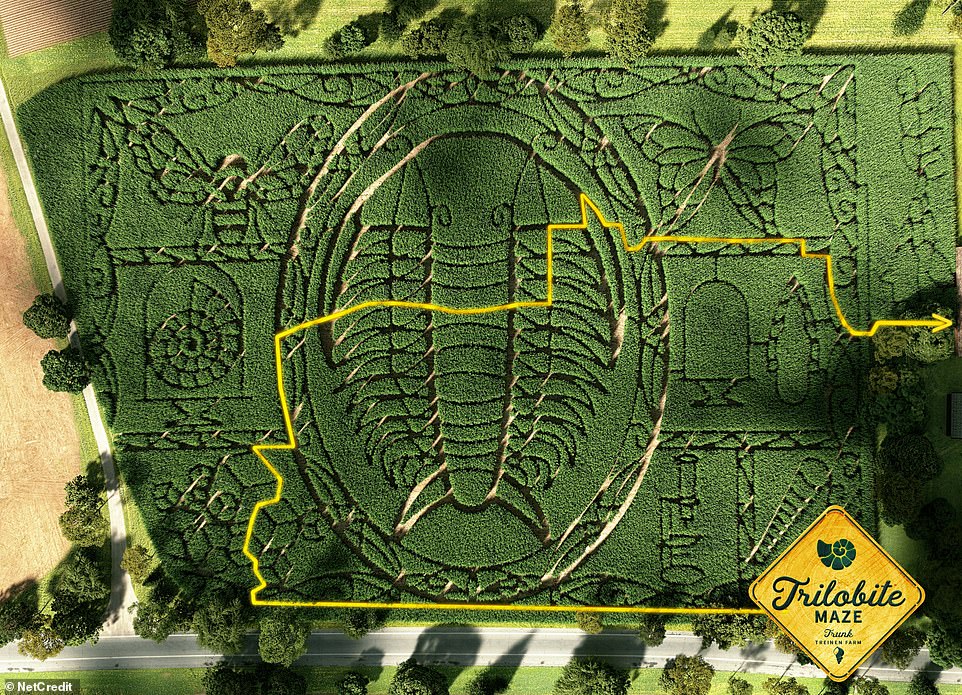 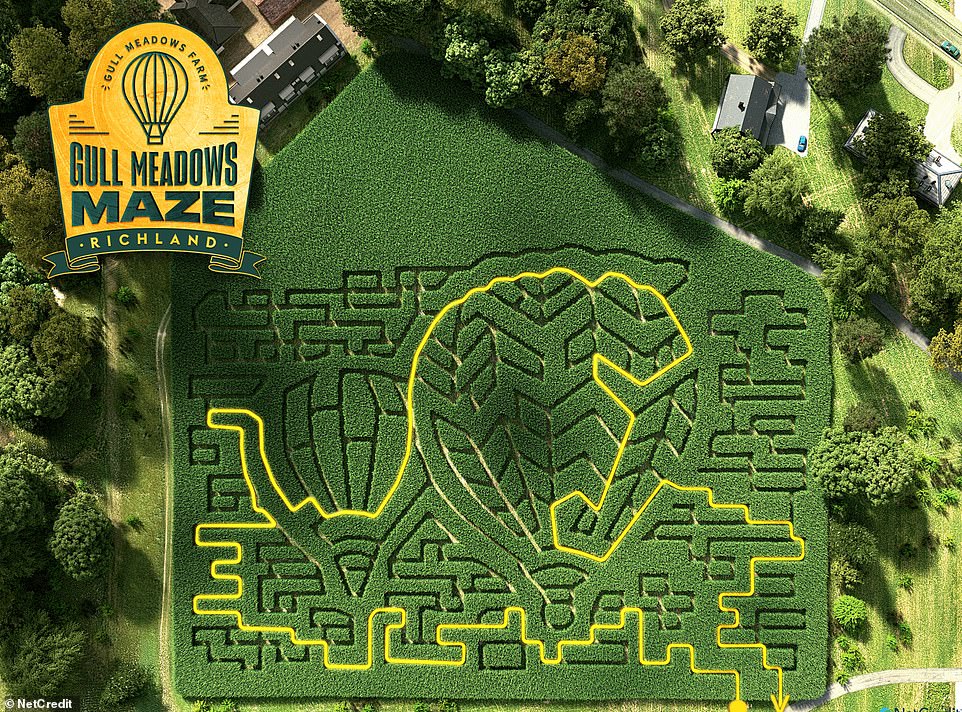 Joe Exotic's representatives have spent $10,000 at Donald Trump's Washington DC hotel in a bid to convince the president to pardon him, according...
Read more