Cancer patients show their scars in campaign for SavagexFenty

Rihanna has been praised by fans for choosing black cancer patients to model her lingerie brand in a new campaign.

The Barbadian singer and businesswoman took to the Savage X Fenty Instagram account to reveal her brand is supporting Breast Cancer Awareness month with a campaign that also highlights the disparities in the US health care system.

Savage X Fenty will donate up to $250,000 of the proceeds to the Clara Lionel Foundation, a charity founded by the singer in 2012, to help fund cancer research.

The three breast cancer survivors featured, Cayatanita, Ericka and Nykia, have all ‘faced the unfair disparities within the care system due to their age and race’, Savage x Fenty explained, and are ’empowering others within the underrepresented Black Community’ by sharing their stories.

According to a 2012, study by the Centers for Disease Control and Prevention, the death rate for African-American women was 41 per cent higher than that of white women, based on data from 2005-2009. 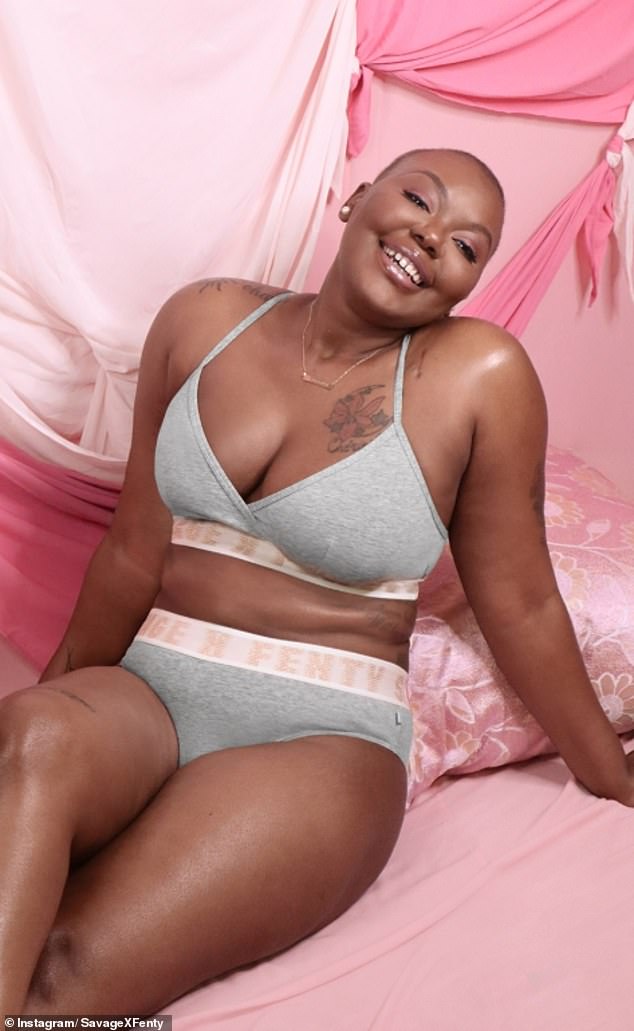 Nykia McKenzie, 26, found a lump in her breast last June and was misdiagnosed twice before a third doctor told her she had breast cancer.

She urged young black women to be persistent in ensuring their voices are heard when it comes to their health.

Speaking to CNN Style, she said: ‘Knowing that these images will be seen worldwide means everything to me, mainly because I know now my story is being heard and that my storm was always bigger than me because the triumph is even bigger.

‘I know now that black women will be heard in regards to our health and our healing. I hope these images convey to you all that there’s work to do and that starts with listening to young women who look like me.’ 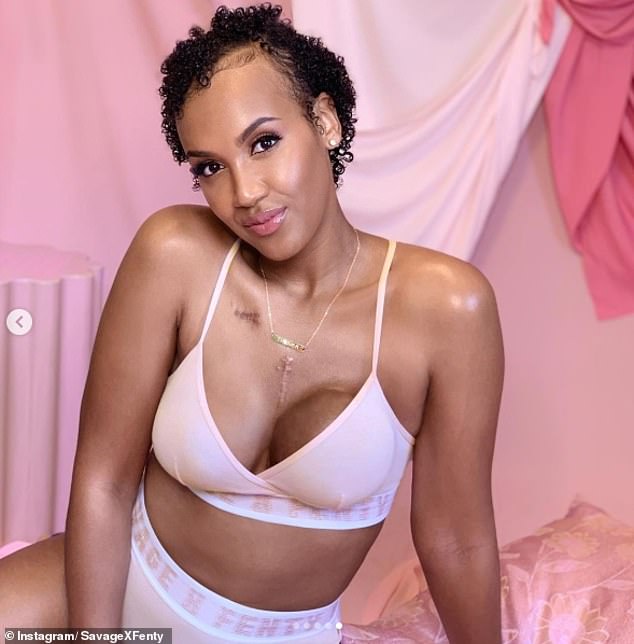 Cayatanita Leiva, 34,(pictured) from California, who was diagnosed with triple-negative breast cancer, turned to blogging while receiving treatment

Cayatanita Leiva, 34, who starred in the Savage X Fenty Volume 2 show, dons a pastel pink bralette with matching bottoms by the brand in the campaign.

She was diagnosed with breast cancer in 2018, seven years to the day of her cardiovascular diagnosis.

Blogger based in California, discovered there wasn’t much research or funding for the aggressive, triple-negative breast cancer doctors discovered.

Ericka Hart, 34, who also appears in the latest campaign for Rihanna’s lingerie brand, was diagnosed with two different types of breast cancer at the age of 28.

She found support from the black femme and queer communities, as she battled HER2-positive and triple-negative cancer. 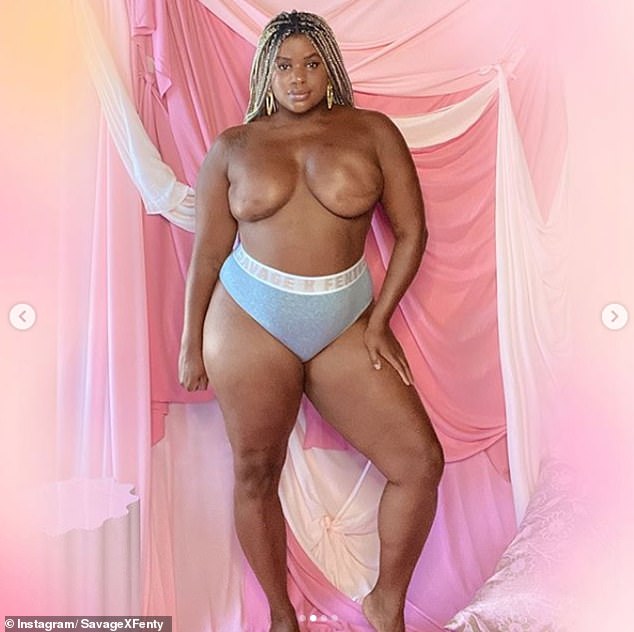 Ericka Hart, 34,  (pictured) who was diagnosed with HER2-positive and triple-negative cancer, received support from the black femme and queer communities

She has gained over 453,000 followers on Instagram after openly sharing her experience.

Social media users have praised each of the survivors for their bravery in taking part in the campaign, as each of the stylish pieces they’ve modelled go on sale.

‘I love this so much! I’m currently battling breast cancer and I love seeing these beautiful women who won their fight,’ wrote one.

Another said: ‘I love this brand so much, women everywhere really needed it’

Agreeing, a third added:’Love it. From one survivor to another’

A fourth wrote: ‘Beautiful, powerful and so vulnerable all in one.’

Instagram users have praised the brand for showcasing survivors, as some cancer patients reveal the campaign has given them hope

Facebook
Twitter
Pinterest
WhatsApp
Previous articleJohn Carlos takes Sportsmail back to that show of defiance on the Olympic podium
Next articleWarm bedroom tips: How you can save £287 on your heating bill this winter

A large meteor was seen in parts of the northeastern United States and southern Ontario as dramatic images captured on social media show...
Read more
U.S

Widow pays tribute to doctor husband, 51, who died from COVID-19

'He sacrificed himself in order to save others': Widow pays emotional...
Read more
U.S

Last picture of Instagram influencer, 26, before she was found dead on side of Texas road

The Instagram influencer found dead on the side of a Texas road 'had no demons' and told friends a month ago that she feared...
Read more

Ben went on to say the support his co-star had received from the public had been “incredible”.Praising Kate, he went on to say:...
Read more

A large meteor was seen in parts of the northeastern United States and southern Ontario as dramatic images captured on social media show...
Read more